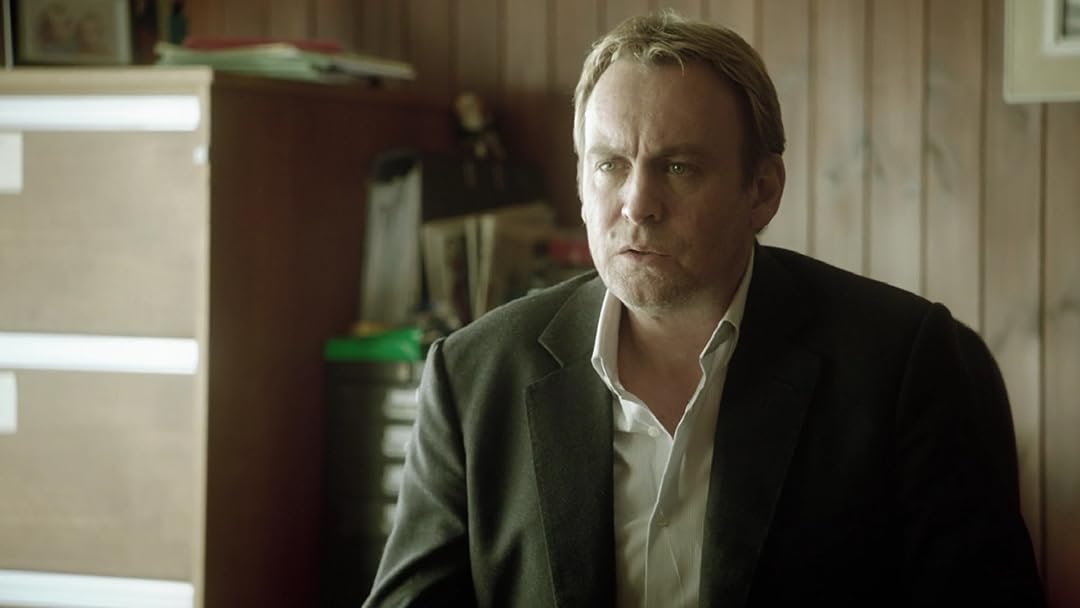 Season 1
(171)
6.72011TV-14
When a mysterious lawyer (Thekla Reuten, In Bruges) asks solicitor Harry Venn (Philip Glenister, Life on Mars, The Level) to find a missing alibi witness for her client, he’s forced to delve back into his murky past and uncover a far-reaching conspiracy in this “intelligent, pacy TV thriller” (The Telegraph) that also stars David Suchet (Poirot) and Richard Dormer (Fortitude, Game of Thrones).

TheyReviewed in the United States on March 6, 2015
5.0 out of 5 stars
INTRIGUING
Verified purchase
This is an excellent 2011 conspiracy thriller from the BBC. I ordered it primarily because of the actors: David Suchet (Poirot); and Glenister - thinking he was one of my favourites, Robert (Hustle) and not the actual actor, his brother Philip (Ashes to Ashes, Life on Mars.)
I especially enjoyed it because I had to pay attention. Not every fact and clue are presented in the simplified, overtly obvious, everything explained manner that many may be used to seeing. As the initial story of the solicitor and a mysterious woman unfolds, tales of rich moguls and political bigwigs plotting assassinations and cover-ups emerge. I certainly don't want to spoil anything; suffice to say, the final twists make one pause for thought.
This is not a high action, gory, sex-filled series. There are brief scenes of people being killed. At the beginning, a woman starts to unbutton her blouse but nothing happens and a bit later, a man lies covered in bed as he talks to a woman who's dressing - that's it for sex.
I've already watched this twice: once for me and again with friends who also enjoyed it. It's definitely one I'll watch again next year.

Kai RobertsReviewed in the United States on June 11, 2013
4.0 out of 5 stars
Lots of action
Verified purchase
Given the acting prowess of David Suchet and Philip Glenister, I thought this series would be a hands-down winner on every front. Don't get me wrong: it is good. But in my opinion, it isn't five-stars great. It has action in abundance and Philip Glenister plays the likable 'tough-guy" with his usual aplomb, He's a slightly shabby private investigator who gets embroiled in a situation he doesn't understand by a beautiful and mysterious woman he cannot resist. (Kind of a cliche, yes? But no matter . . . .) Before he knows it, his own life is in danger -- but by whom? And more to the point, why? How does his own past have a bearing on this case? Having sat through all the episodes (and having enjoyed them to some extent) I still am unsure of the plot details. The action tends to obscure the limitations of the plot line and carries the viewer along in the swiftness of its wake. It is entertaining to be sure, but it is not a deeply satisfying or finely-crafted mystery.
68 people found this helpful

Lindalee AusejoReviewed in the United States on December 10, 2013
4.0 out of 5 stars
Acting is very good
Verified purchase
it was very interesting.....rather unnerving. But acting is very good as the Brits can always do it. I will watch it again.
One person found this helpful

MM MOOREReviewed in the United States on February 14, 2014
3.0 out of 5 stars
Okay for a once time look.
Verified purchase
Quite few of the DVDS I purchase, will be watched more than once.
Though this wasn't bad, it was a onetime viewing only.
2 people found this helpful

Amazon CustomerReviewed in the United States on July 30, 2013
4.0 out of 5 stars
Hidden DVD
Verified purchase
I enjoyed the movie and it was intriguing mystery that I wanted to watch all the episodes. The only problem I had with the movie was the ending. It could have been 15 minutes longer and explained the conclusion better.
13 people found this helpful

shufflerReviewed in the United States on November 6, 2013
5.0 out of 5 stars
Showcase of how great foreign and especially british actors are.
Verified purchase
I cannot believe that more episodes of this series will not be produced. Hard to describe how good this is!!!!!!!
See all reviews
Back to top
Get to Know Us
Make Money with Us
Amazon Payment Products
Let Us Help You
EnglishChoose a language for shopping. United StatesChoose a country/region for shopping.
© 1996-2022, Amazon.com, Inc. or its affiliates