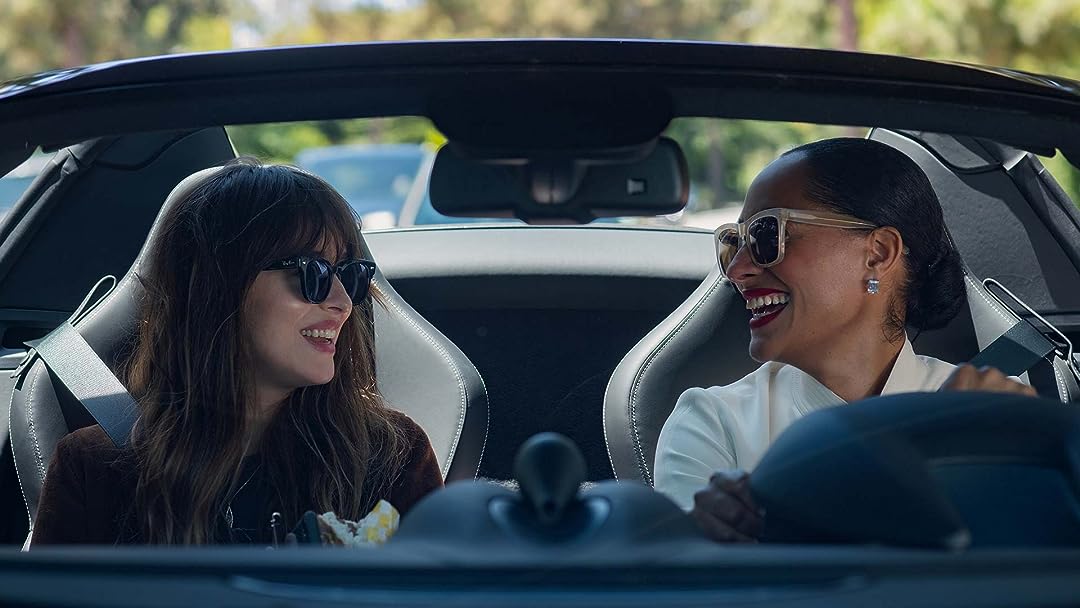 Peter RomanoReviewed in the United States on May 30, 2020
1.0 out of 5 stars
Audio and video do not sync. It is like watching an old Gozilla movie...
Verified purchase
Movie is great. I can't stand when the audio and video are forever out of sync. It is extremely distracting and takes your focus away from the movie. I will probably never watch a movie this way again... I never experience this with Netflix, Hulu, HBO or YouTube.
32 people found this helpful

Amazon CustomerReviewed in the United States on May 30, 2020
2.0 out of 5 stars
Poor Audio Quality
Verified purchase
I love Tracy but HATED the film for her. The audio quality was atrocious and it was just bland. I felt cheated out of $20.00. Honestly didn't finish watching.
32 people found this helpful

SLRReviewed in the United States on May 30, 2020
1.0 out of 5 stars
I didn't get the memo.
Verified purchase
I didn't get the memo that this was a good movie. I feel like it's just a slight notch above a Hallmark movie. I like Tracee Ellis Ross as a TV actress, but she's not the greatest in a movie. Just felt like it had too much contrivity and predictability unfortunately. Most likely is best to wait for it to "come to cable". DTV, if you know what I mean.
22 people found this helpful

Amazon CustomerReviewed in the United States on May 30, 2020
5.0 out of 5 stars
Loved it!
Verified purchase
A beautiful movie with a great message. The cast was phenomenal and the music was wonderful....hard to believe this is Tracee’s and Kelvin’s singing debut. Their voices and these songs are perfection. Dakota does not disappoint as she portrayed Maggie beautifully. What a happy, joyful movie!
23 people found this helpful

Stacee McCarterReviewed in the United States on May 29, 2020
4.0 out of 5 stars
This was an entertaining movie with good music
Verified purchase
I kept seeing the advertisement for this movie and thought it would be worth renting. I'm glad I did. It was entertaining and I enjoyed the characters. It was money well spent
22 people found this helpful

Anthony C. VaughnReviewed in the United States on May 29, 2020
4.0 out of 5 stars
Enjoyable movie, good acting
Verified purchase
Very nice film. The end twist is a bit improbable, but enjoyable nonetheless.
17 people found this helpful

J. S. BellReviewed in the United States on May 3, 2022
4.0 out of 5 stars
I watched this film to get to know Dakota Johnson better, and I was not disappointed
Verified purchase
Granted, this is a slower paced film, if all you're looking for is high speed drama/action/etc. But I found myself totally engaged from beginning to end. Part of that is a personal interest I have in music production. For me it was totally awesome to see someone using a DAW in a movie. Who does that? It was great. :) And then to draw you into the artistry on the production side side of the music business, that's bringing to light a reality most folks don't even know is there. And to have "50 Shades" Dakota playing this totally different role, where this is the kind of person you'd be honored to know in real life, a true artist, it was such a great watch for me.

I do share some of the negative reactions others here have expressed to the story itself. Structurally, it fails on the plot believability problem that hounds so many standard rom-coms. Yes, yes, you need the rom-com formula to match the genre. I get that. But please, can we once have a grand crisis moment NOT based on stupid or unrealistic failures to communicate? I have a visceral negative reaction to that. I want to see these lovely, well crafted characters be consistently themselves throughout the story. But in this film, they act like normal, emotionally rich and interesting human beings for most of the movie, but at those critical plot moments where the writer needed to force the plot in a certain direction, you see these same characters just doing something inane, ridiculous, not believable, that *had* to happen, or the plot wouldn't work. That's a writing failure. No actor, however skilled, can hide a blatantly manipulative plot structure. If you have a story crisis, it has to be organic, or you lose the magic. So that was disappointing for me.

Finally, as I said, one of my quests in this watch was to understand Dakota better. I actually had no idea she was the "50 Shades" actor. She caught my attention when I saw her recently in a video clip where she was sitting next to Johnny Depp at some gathering, and she notices his injured finger, and Johnny makes light of it, and she laughs with him, but then something amazing happens. She gives Johnny this sideways look. She's studying him. She's reading him. Concern comes over her face. She knows, in that moment, something is seriously wrong, and Johnny can't tell her. And in that moment I see a most beautiful empathy, a genuine caring for someone, and that's when I decided I wanted to get to know her better through her work. And in this film, I was not disappointed. I saw that same deep, beautiful humanity shining through her acting. That's where she should pursue her acting future, in roles that allow her to be her best self. High Note was a good start in that direction.