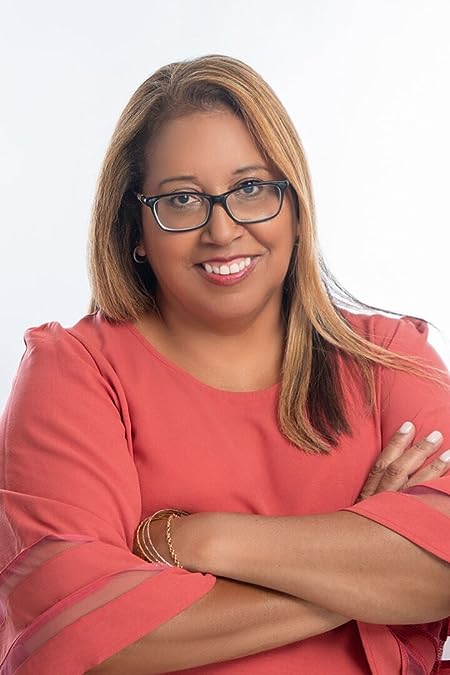 If you like strong alpha heroes and feisty heroines, you will love USA Today Best-selling author Hildie McQueen's writing.

Army Veteran Hildie McQueen grew up in California and has lived in S. Carolina, Germany, Texas and now resides in Sunny Georgia USA.

Her obsession for all things pink and Paris can only be beaten by her love for dogs. Thanks to her super hero husband Kurt, she can write full time with her constant companions, the trio of fearless doglets, Lola, Pippa and Harley.

Get to know Hildie better, sign up for her monthly newsletter: https://landing.mailerlite.com/webforms/landing/b6n1b3

Clan Ross of the Hebrides:

Beauty and the Highlander

The Lass and the Laird

Lady and the Scot

The Appeal of an Elusive Viscount

The Seduction of Mr. Yarnsby 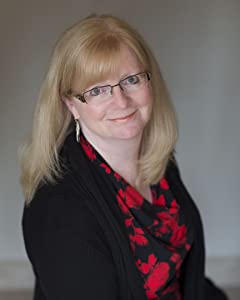 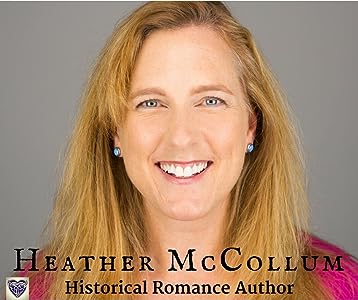 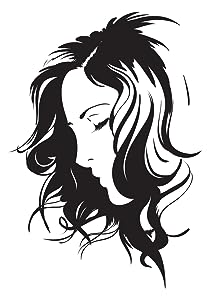 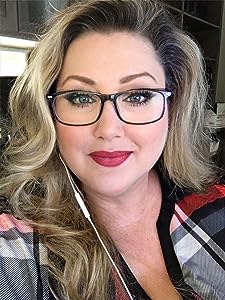 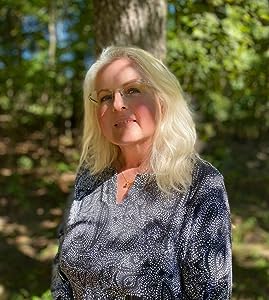 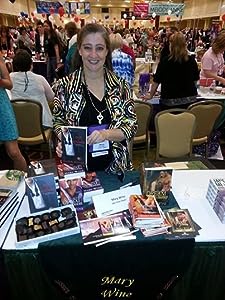 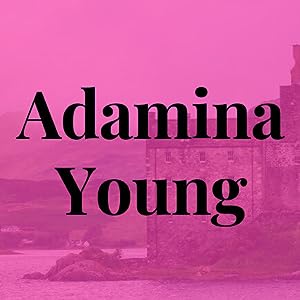 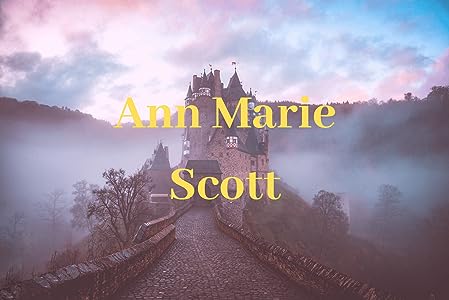 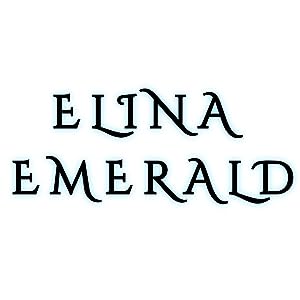 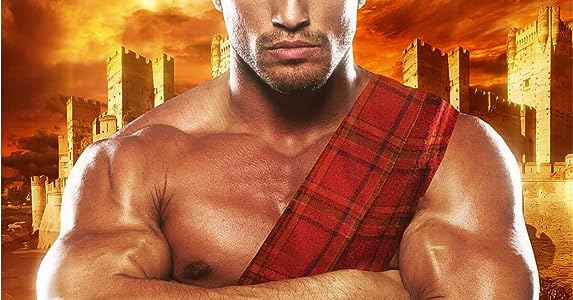 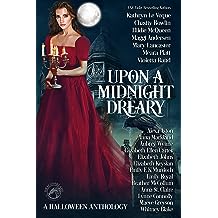 When doors creak and ghostly whispers can be heard throughout the halls, this stunning collection of haunted Historical Romance novellas is sure to leave you breathless with ethereal, romantic tales…

Welcome to UPON A MIDNIGHT DREARY anthology!

Many of your favorite Historical Romance authors have come together for a collection of never-before published stories inspired by true, legendary hauntings of the British Isles. These tales will give you a chill, a thrill, and have you reading them over and over. From the moors of Devon to the ballrooms of Regency London, and far north into the Scottish Highlands, these stories will bring you wistful dreams of legendary and haunting romance. You’ve never before experienced a collection like this by some of the very best authors in Historical Romance.

Authors in this anthology include:

Light your candle, lock your doors, and settle down to this smashing collection of darkly-tinged romantic stories with unforgettable heroes and magnificent ladies. Romance has never been so daring… or so haunting!

Note: This collection is comprised of all never before published material.
Read more 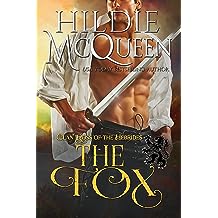 The Fox (Clan Ross of the Hebrides Book 4) Dec 14, 2021
by Hildie McQueen
$3.99
Hiding under the calm and proper façade is a fierce warrior and protector.

It is dislike at first sight between Caelan Ross and Glynis Macneil. She thinks him too stuffy and English-acting, and he thinks her too wild and without regard for propriety. The attraction that simmers beneath the surface is maddening to both of them.

When Glynis runs away and Caelan goes after her, the argument that ensues becomes a night of torrid passion. Both are horrified afterwards. However, always a man of honor, Caelan insists they marry. Glynis, on the other hand, insists they not.

Can a combination of dislike and attraction ever become love? 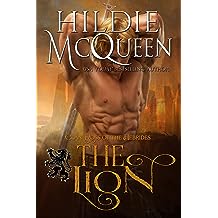 Preferring to spend time outdoors sketching in her drab clothing, Isobel Macdonald is shocked when a handsome laird chooses her to marry. However, as one who treasures loyalty above all, she is mortified to learn his lover lives at the family keep. After being publicly humiliated by her husband, Isobel must ensure two things, to keep her heart protected and remain a wife in name only.

After his late father’s ruling by fear, young laird, Darach Ross inherits a clan of people who do not trust his leadership. With the threat of an insurrection and possible attack by another clan, every move he makes must be measured. When he is captured by an enemy clan, Darach wants to know if he will leave a legacy. He then makes a mistake that can rob him of happiness forever. 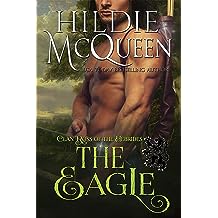 After living under his tyrannical father’s shadow and then in support of his laird brother, Stuart Ross is ready to forge a path of his own. When he falls in love with a servant girl, he proposes and vows to return to marry her. What Stuart doesn’t anticipate are the obstacles of a village under siege, a horrible sickness, and a huge winter storm that will keep him away much longer than he expects.

Cait Brown's entire life changes when the laird’s brother proclaims his love and asks her to marry him. Despite the anticipation of marriage and a new life, being suddenly taken from her humble existence and thrown into a world of abundance is a difficult transition. The longer Stuart stays away, the more she doubts her ability to truly fit in.

When Stuart finally comes back, he returns to an unrecognizable, and aloof beauty.
Read more
Other Formats: Paperback 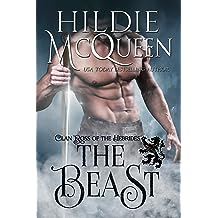 Duncan Ross’ inner scars are even more horrifying that the visible ones. Unable to control his rages, he hides himself away from his close-knit family. A normal life that includes a wife and family will never be his, a truth he’s accepted. When a beautiful woman decides to tell her family they are courting, the time soon comes for him to make a difficult decision that will break her heart and shatter his lonely soul.

As the pampered daughter of a powerful laird, Beatrice Macdonald is rarely taken seriously. With a fierce protective nature, she fights to remain at Keep Ross to ensure her eldest sister is treated well. In an effort to influence her case to remain, she leads her family to believe that Duncan Ross is courting her for marriage. However, the more she gets to know the reclusive man, the more she realizes, she picked the wrong Ross brother for the ruse. 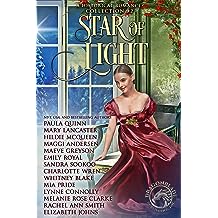 Dragonblade Publishing brings you not one, but two beautiful collections of holiday cheer for 2021. STAR OF LIGHT is Collection #2 in this glorious holiday gathering of tales from some of your favorite Dragonblade authors.

From the bedecked halls of Regency England to the cold and crisp air of Medieval England, and everything in between, welcome to the magic of a holiday collection inspired by classic Christmas carols that will bring the joy of the season into your heart and into your home. Holiday Historical Romance has never been so heartwarming.

Make sure to pick up your copy of STAR OF WONDER, Collection #1, to complete your holiday reading.

From Dragonblade to you, we wish you a very happy holiday season!
Read more 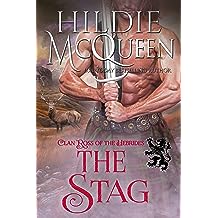 The Stag (Clan Ross of the Hebrides Book 5) Feb 15, 2022
by Hildie McQueen
$3.99
Everything about Artair Ross’s life is about to change. Cousin to the Laird and proud member of the warrior force, he is forced to give it all up to take over his ailing father’s duties. However, when attackers overtake a village he is guarding, a shipwreck occurs and a horrible family tragedy happens, it is more than apparent Artair is in for greater battles than he’s ever known.

Robena Mackay is devastated when her son is ripped away by her late husband’s family. After losing her parents and now her only child, she decides to fight back with all the strength she has left. Despite being a proud independent woman, when the laird’s cousin insists on becoming her defender, she pushes pride aside. Afterall, the assistance of a handsome protector may be her only option in the struggle that has become her life.

Will love soften the pain of tragedy and loss, or will it bring more heartache to her already grieving heart?"
Read more 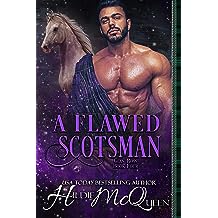 Ruari Ross, cousin to the laird, ponders a marriage arrangement that would ally Clan Ross with Clan Fraser. After a lonely youth, Ruari wants the companionship of a wife without the complication of a love match. When he stumbles upon an injured woman in the forest, he not only saves her life, but changes the course of his entire future.

Strong-willed daughter of Laird Fraser, Esme has avoided all her parents’ matchmaking attempts. Above all else, she wishes to avoid marrying a Ross. During a jaunt in the forest, she is mortally wounded and left for dead. When she awakens, she realizes her courageous rescuer is not only a Ross, but the man who would be her husband.

As Esme recovers beneath Ruari’s watchful eye, an unexpected love blossoms, and Ruari soon discovers his betrothed is not only a fiery beauty, but the best archer he’s ever seen. But when a massive enemy army attacks, Clan Fraser faces hopeless odds. With the shadow of war looming, will these reluctant hearts find love, or will a brutal attack end it all?

There can only be one outcome. Triumph or death! 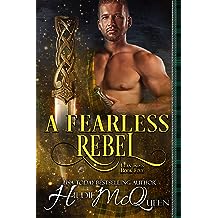 Bent on revenge, Keithen Fraser focus on killing those who kidnapped and attacked his mother and family friend. His father, Laird Fraser, proposes an alliance to end the fighting, which means he must marry the daughter of their sworn enemy, Laird Mackenzie.

Ava Mackenzie is a warrior at heart. Despite a confined life, she manages to escape and fight to protect those who are under attack by her unscrupulous father. After she is married to Keithen Fraser, a man she once saved, Ava is publicly humiliated by being sent back to her clan.

Word of Clan Mackenzie being under attack, Keithen must decide if he should save the woman he rejected. 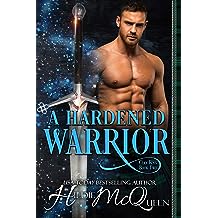 A Hardened Warrior (Clan Ross Book 2) Jan 14, 2020
by Hildie McQueen
( 335 )
$2.99
From USA Today bestselling author Hildie McQueen... A temporary truce from clan war and a forced marriage change the course of many lives…

Tristan Ross had a long recovery from devastating injuries. Through it all, visions of a beautiful woman trailed him. When he finally sees her again, it’s under the worst of circumstances.

In Merida McLeod’s opinion, the only thing worse than being at war with Clan Ross is the possibility of marrying one of them. Although attracted to Tristan Ross, marriage to him means a future away from her family and everything she’s ever known.

Read for Free with Kindle Unlimited 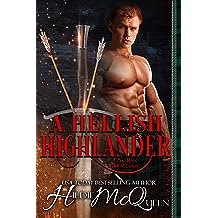 Book three in the Clan Ross series is now available. Read for FREE with Kindle Unlimited.

Warrior Kieran Ross, the youngest son of Laird Ross, is intent on finding his father’s killer and exacting revenge, even if it means losing his own life. While tracking his enemy, an unexpected encounter with a familiar face could ruin all his plans.

When village girl Gisela Munro happens upon the same handsome man who insulted her, she is forced to ask for his help. Little does she know; the simple action will wreak havoc on both of their lives.

The day Gisela disappears, Kieran once again faces the anguish of losing someone he loves. 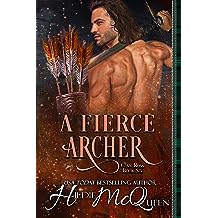 Ewan Ross is adrift. Without a true home or drive, he finds his purpose in avenging the attack on a woman he is drawn to. Elated that she allows him into her very small circle of trusted people, Ewan soon falls in love. And then, one misstep ruins everything.

It’s been over a year since the attack and Catriona Mackay is prepared to enjoy life more. Despite being attracted to a handsome archer, Catriona isn’t sure she can ever be intimate with a man.

Just when she is about to give love a chance, a terrible truth about him comes to light.