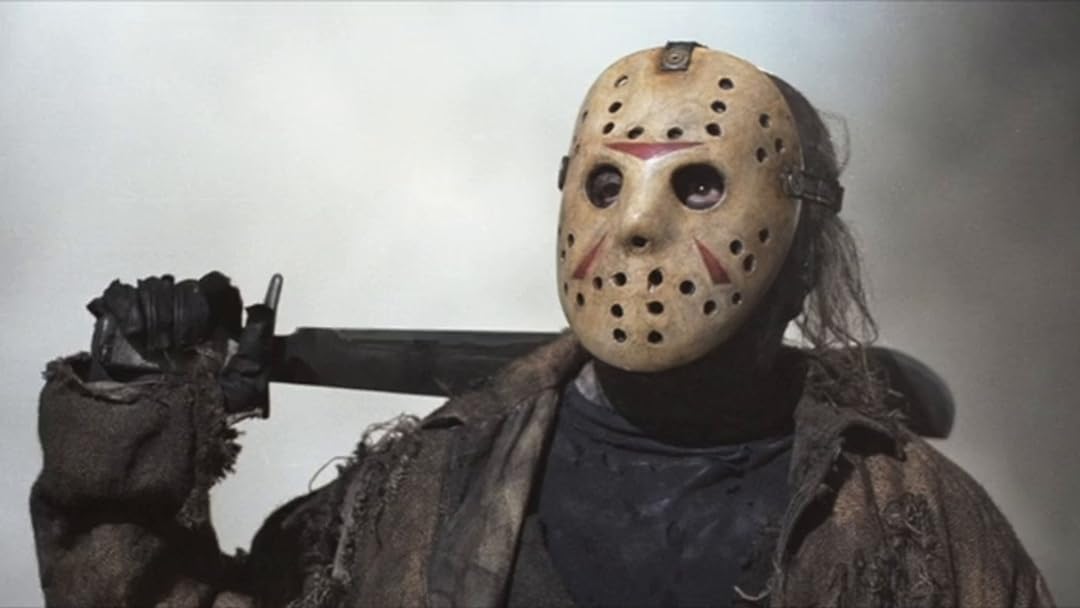 His Name Was Jason: 30 Years of Friday the 13th

(355)
6.91 h 30 min2009NR
Jason Voorhees has carved his place into American pop culture and is one of the most recognizable cinematic killer in horror history. Now nearly, 30 years later, see how it all happened!

Watch with MovieSphere
Start your 7-day free trial
Add to
Watchlist
Redeem a gift card or promotion code
By ordering or viewing, you agree to our Terms. Sold by Amazon.com Services LLC.
Write review

Michael A. McculloughReviewed in the United States on April 28, 2011
3.0 out of 5 stars
Could have been better
Verified purchase
I've been reading some negative fan reaction to this stating that it comes across more as a promotional tool for the FRIDAY remake rather than an in-depth overview of the series' production, like what Anchor Bay did with HALLOWEEN, and I can understand the fans' frustrations. For someone like myself who isn't well-versed in the series, it's a decent primer with the first 15-20 minutes recapping the storyline movie to movie. Some folks are even attacking the editing which feels like its geared towards those suffering from ADHD with its rapidfire soundbites strung together with quick clips from the series. Herein lies the biggest flaw of the film - its crazy randomness. As far as documentaries go, this is one you experience rather than learn from. The talking heads, for the most part, reminisce fondly about their personal experiences on set and its hard not to share their enthusiasm (the quick pace rarely gives viewers a chance not to). If this truly is meant as a promotional fluff piece, then it certainly serves its purpose well as I'm now interested in revisiting the series and the remake. Only occassionally does director Daniel Farrands get to any real meat by hinting at the on-set strife during the various productions. It would have been nice to show more of this sort of reality, and certainly would have made for a more interesting movie. The second disc is a complete blast with all the fun extras, especially those fanfilms - something I'd like to see more of. It was also interesting to see the writers discuss their approaches to the material without being reduced to soundbites (similarly to the longer interviews with the various Jasons on disc 1), you get a stronger sense of who everyone is and where they're coming from. Overall verdict, if you're a diehard, you might want to skip the rent as it apparently offers little new information, but casual fans like myself might want to give HIS NAME IS JASON a peak just to brush up.
2 people found this helpful

polished211Reviewed in the United States on November 21, 2012
5.0 out of 5 stars
As good as documentaries get! His Name Was Jason gets 5 stars ++++!
Verified purchase
This documentary is for anyone and everyone who truly loves Friday the 13th! Or for that matter, horror films in general! It's got everything a fan could want! Every movie is included! Even if some (I won't name them out of fear of offending you guys) probably could have been excluded without much an outcry from anyone. The part I loved the most is that there was an actor, from each film, talking about his/her experiences. The personal touch gave the documentary heart. And Tom Savini serving as host, and tour guide (if you will) was spot-on and sensational! The extras are pretty cool too. There's one entitled "Shelly Lives" which is an absolute riot! I won't say more out of fear of giving away spoilers, but it's definitely worth a mention. The documentary itself is beyond entertaining! In fact, it left me wanting more! So much MORE!!!! I would be thrilled to see a documentary like this for every film in the series. Well... almost every film. lol. True fans should get the exclusions. At the end of the day, this 2 disc DVD is everything you could want, and much, MUCH MORE from a Friday the 13th documentary! Trust me! I'm a REAL fan! One who truly loves Friday the 13th and everything associated with it! Not to say that I went in to this thinking it would rock because it was about my all-time favorite horror movie killer Jason. I went into it with an open mind, and as a fan I was pleased. So enjoy this great documentary from the classic Friday the 13th series! I know I did! I just want to say thank you to the writers, producers, cast, everyone else involved in this production, and most of all... thank you Jason. Without whom, none of this would be possible. Peace.,
6 people found this helpful

Matthew OtterReviewed in the United States on May 13, 2013
5.0 out of 5 stars
If you're a fan, you'll like it
Verified purchase
If you're not a fan, well, likely you wouldn't even be looking at this. But yeah, this was a real neat trip down memory lane, Tom Savini was a real cool host with the whole viginette going on along with it. This has a lot of the stars from the films as well as the crew, it was real neat to hear their stories, plus it was nice to see some of them replay their scenes, and some fun gags like the hitchhiker being surrounded by bananas during her interview.

Unlike many of these horror documentaries I've been seeing lately I was very happy they didn't try to make a bunch of political nonsense out of all of this, why that is happening all of sudden I don't know, I mean seriously, does anyone go see low-budget slasher films for political commentary? Anyhow, this was very entertaining and it was a good price too. Lot's of fun for fans of the series.

Kindle CustomerReviewed in the United States on February 25, 2009
5.0 out of 5 stars
Happy Birthday Jason!!
Verified purchase
This DVD celebrates the birth of one of the most-copied, most-influential horror icons in cinema history. Yes, he even beats Alfred Hitchcock. This documentary, hosted by Tom Savini, takes viewers along the path of Jason from his birth through his many deaths. They even give us a taste of the new Jason. The extras are great and it's all worth the money.

Having been reviewed many times over let me just say that this 2 DVD set covers many aspects of Jason that fans already know while giving us something new & unexpected. At some interviews I was surprised to hear actors talking negatively about directors (from Part 4), and cast members making fun of themselves. The fan films (or whatever they're called) are an interesting touch as they show us just how people have been affected by the series. Overall, its a great thing to add to your collection.

And really, I'm shocked that Betsy Palmer was still alive!!!

Luke mortalReviewed in the United States on April 1, 2021
5.0 out of 5 stars
He's name was jason dvd
Verified purchase
It's awesome a must have for any Friday or horror fans but I will say crystal lake memories is way better but this is still really good :)
One person found this helpful

Admittedly, I have been spoiled by the Crystal Lake Memories documentary. If you want a more expanded documentary on the Friday the 13th then buy that instead. You get 2 disks with in-depth discussion of each movie.
One person found this helpful

Keon Shere' McIntoshReviewed in the United States on September 15, 2020
5.0 out of 5 stars
Must have in DVD collection
Verified purchase
If you're a hard core Jason Voorhees fan, this is a must have! I saw it in its entirety on youtube & couldn't stop watching it. It makes you fall in love with the franchise even more & appreciate their vision to the highest degree. For $7.99, I wasted no time ordering after watching the first 15 minutes.

Cagneyfan67Reviewed in the United States on January 28, 2013
5.0 out of 5 stars
Great Documentary Left Me Wanting More
Verified purchase
This was a fun dvd that left me wanting more. I felt disappointed because The Nightmare on Elm Street Documentary was like six hours long and covered everything about the movies. Here we have about twenty minutes going through each movie and the plot. It was fun to see that they tracked down almost all the cast members to comment on the movies. You hear interesting stories from the characters about the films. There are fans of the series like Seth Green and Adam Green who directed Hatchet talking about the series. I liked seeing Amy Steel who was the best Final Girl in the series in my opinion. It's nice to see how much these actors enjoyed being apart of the series and what it did for them. The actor who played Shelly talks about having the honor of bringing the mask into the cabin where Jason kills him and takes his mask creating Jason in Part 3. It was funny to see the fans joke about some of the bad Friday the 13th's.
You learn a lot about the history of the franchise but I wish it was more like the Nightmare on Elm Street Documentary because I think Jason deserves just as much time being discussed. A true slasher or Jason fan will love the part where they show Jason's greatest kills. It was cool it was hosted by Tom Savani. It had a very creative way of narrating the story. Reenacting parts of the movies before each interview with a cast member. It was great to see Betsy Palmer. It was cool how they showed how they went about doing the makeup and kills. It's great to hear from Kane Hodder. I hope if they do a Freddy vs Jason 2 he could play Jason again. The documentary runs about an hour and half. I think most fans will be pleased with that. Have a great day and enjoy!
2 people found this helpful
See all reviews
Back to top
Get to Know Us
Make Money with Us
Amazon Payment Products
Let Us Help You
EnglishChoose a language for shopping. United StatesChoose a country/region for shopping.
© 1996-2022, Amazon.com, Inc. or its affiliates