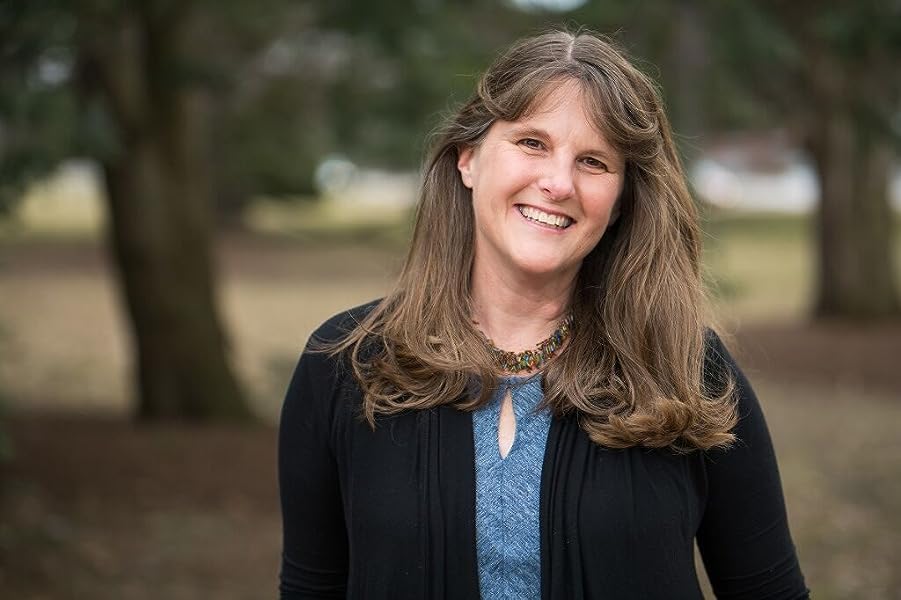 by Kate Messner (Author), Dylan Meconis (Illustrator)
5.0 out of 5 stars 61 ratings
Part of: History Smashers (5 Books)
See all formats and editions
Sorry, there was a problem loading this page. Try again.

Praise for the History Smashers series:

"The book’s format may be a good match for those with shorter attention spans, and permits it to be gratifyingly capacious in what it covers." —The New York Times Book Review

"A history book for middle-graders that should be on everyone's (child and adult) to-read list." —Shelf Awareness

"Kate Messner serves up fun, fast history for kids who want the truth, the whole truth, and nothing but the truth. Absolutely smashing!" —Candace Fleming, award-wining author

"Informative and fun, eye-opening and entertaining. I wish I could have read History Smashers when I was in elementary school. I would have devoured them and developed a big appetite for even more of this sort of truth-telling." —Chris Barton, award-winning author

KATE MESSNER is passionately curious and writes books that encourage kids to wonder, too. Her titles include award-winning picture books, like Over and Under the Snow; novels, like Breakout and Chirp; the Fergus and Zeke easy reader series, and the popular Ranger in Time chapter books, and works of nonfiction with a focus on nature and history. Before becoming a full time writer, Kate was a TV journalist and National Board certified middle school English teacher. She lives on Lake Champlain with her family and is trying to summit all 46 Adirondack High Peaks in between book deadlines. Visit katemessner.com and Facebook: Kate Messner for more information and follow her on Twitter @katemessner.
Start reading History Smashers: Pearl Harbor on your Kindle in under a minute.

5.0 out of 5 stars
5 out of 5
61 global ratings
How are ratings calculated?
To calculate the overall star rating and percentage breakdown by star, we don’t use a simple average. Instead, our system considers things like how recent a review is and if the reviewer bought the item on Amazon. It also analyzes reviews to verify trustworthiness.
Top reviews

Tammy R
5.0 out of 5 stars A teacher loves this book and recommends it to all her history-loving students!
Reviewed in the United States on March 16, 2021
Verified Purchase
Kate Messner has created a wonderful series for young readers. I have a third grade student who LOVES history. He's read many of the I Survived books and was ready for the "meat" of this series, with support. It's perfect for a shared reading during our lessons. He enjoys the maps and graphics because it breaks up the text. (The lengthy chapters of other books are very off-putting to him.)

I think this series would be a wonderful classroom or bedtime read aloud for young people ages 8 - 10, and a more independent read for readers ages 9 - 12.

The Colonel
5.0 out of 5 stars A Pearl Harbor Primer with Social Commentary
Reviewed in the United States on January 29, 2021
“History Smashers: Pearl Harbor” is a great primer on the “Day that will live in infamy” in particular and World War II (WWII) in general, but someone who is familiar with the events of WWII may take issue with some points in the book. A friend who is a grammar school teacher posted on Facebook a picture of her son reading this non-fiction graphic novel. Since my father was on-board the USS West Virginia that fateful day, I decided to examine the book with a view to sharing and discussing it with my grandchildren and great grandchildren.

Before focusing on the attack, Kate Messner outlines the events leading up to WWII in Europe and Asia with an emphasis on Japan. She discusses colonialism in Asia and the Pacific as a prelude to Japan’s expansion. Throughout the book, the author employs sidebars and graphic panels to provide social commentary on colonialism, the annexation of Hawaii by the U.S., segregation in the armed forces, my Dad’s shipmate Dorie Miller, an African American who was awarded a Navy Cross but died later in the war, brothers who died together, the role of women during the attack and the war, the environment, and other subjects. Some of the sidebars deal with lighter subject matter such as the jitterbug contest the night before the attack and a pilot who took off in his pajamas.

Although I have been to Hawaii many times, I did not realize until reading this book that the USS Utah was also a ship, along with the Arizona, that was not raised by the Navy and serves as a resting place for many of its crew. The author quite rightly points out that anti-immigrant talk and hostility is as much of a problem today as then. The internment camps were a symptom of racism in the country. The author includes a useful timeline of WWII and Pearl Harbor. Like many authors, she includes two excerpts from other of her books at the end.

As an old guy who majored in history, served 30 years in the Army, and then taught high school history for 13 years, I have a few additional comments:

• The description states that the reading level is 8-12 years. I doubt if an eight-year-old could read this book. Middle school might be more appropriate, but I defer to the judgment of grammar and middle school teachers.
• The author states that FDR’s movement of the Pacific Fleet from San Diego to Pearl Harbor “was meant as a threat.” The move by FDR was intended to deter Japan and act as a restraining influence on further Japanese aggression in Asia. The move did not place the fleet “so close” to Japan as the author states. The fleet was closer but still thousands of miles away from Japan.
• Although the author correctly points out the numerous warning signs before the attack on Pearl Harbor, she neglects to mention that 70 years ago our government did not have an adequate system of sharing such information. The Departments of State, War, the Army, and the Navy then were largely stovepipe organizations that did not always cooperate with each other. In fact, they were more competitive than cooperative. Today, it is easy for us to connect the disparate dots of information and express wonderment as to how folks then failed to see the attack coming.
• The author states that “Japan did give the United States a warning – just not a very long one. Half an hour wasn’t enough time for people in Washington to do anything at all about the attack.” Actually, the Japanese ambassador presented the warning to the Secretary of State one hour after the attack had begun.
• The author includes a section on the Navajo code talkers as part of the contribution Native Americans made during the war. In the section on the flag raising on Iwo Jima, I feel she should have also included a few sentences on Ira Hayes, a Pima Native American who served in the Marines and assisted in the flag raising.
• The author highlights the heroic contributions of Japanese Americans in the 442nd Regimental Combat Team in Europe. I wish that she had included a few sentences on Daniel Ken Inouye who lost his right arm in combat, received the Medal of Honor, and later served as a senator from Hawaii.
• I question the inclusion of the section on the four-month project to train dogs to attack Japanese. The author had already made her point about inherent racism among Americans and in the military, and I felt that this section was a bit over the top and unnecessary.
• A minor point. On pages 157 and 158, “navy” should be capitalized. Whenever talking about a specific branch of the U.S. armed forces, that service should be capitalized, i.e., the Army or the Navy.

Shaylin Maxwell
5.0 out of 5 stars Fun, interesting
Reviewed in the United States on January 10, 2021
This book was awesome. My kids enjoyed reading it especially since it had all those pictures and short side stories that were so interesting. I read it as well and learned a few things I didn’t know about WWII. It was a fantastic read for anyone wanting a quick and fun book about Pearl Harbor. This would be excellent resource for school reports. It was a little hard for my youngest to get thru (she’s 8) but she still liked reading the little stories with the pictures.
Read more
One person found this helpful
Helpful
Report abuse

AKBran6565
5.0 out of 5 stars Accessible and Engaging
Reviewed in the United States on January 9, 2021
Not only is this title accessible and engaging, but it is colorful and informative. This book will grab the attention of my students with just the cover, and once they get inside, they will be hooked! Loved it!
Read more
Helpful
Report abuse

Jessica Payeur
5.0 out of 5 stars Pearl Harbor for Middle School
Reviewed in the United States on January 17, 2021
This was an excellent nonfiction book that will keep students wanting to learn more about Pearl Harbor. This book is exactly what is needed in school libraries and classrooms today, books that are high interest and leave students wanting to learn more.
Read more
Helpful
Report abuse
See all reviews