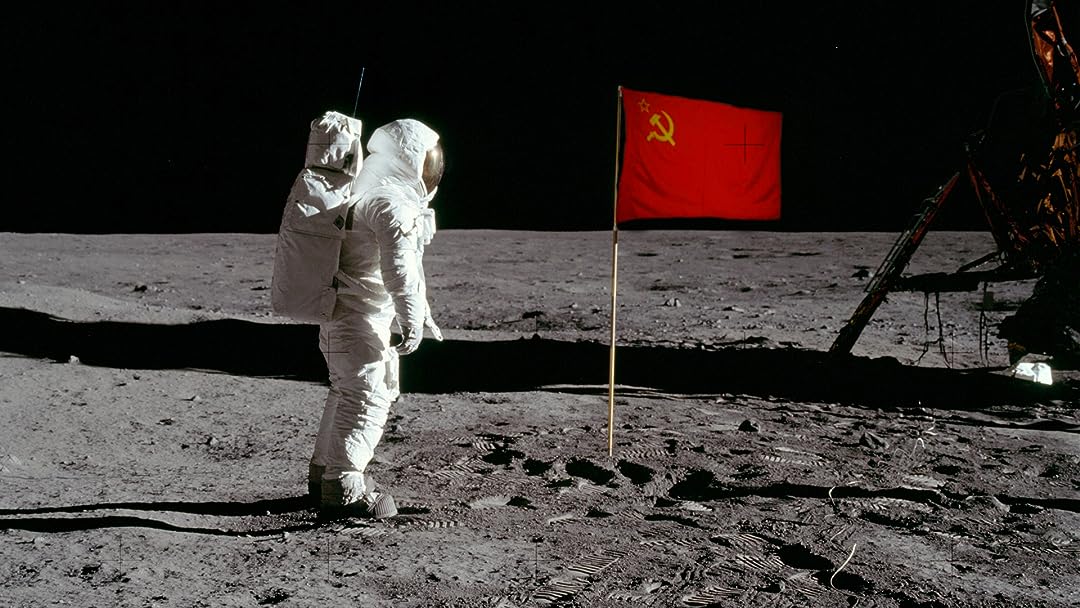 The History of Time Travel

(682)
6.81 h 11 min2014X-Ray13+
A fictional documentary about the creation of the world's first time machine, those who created it, and the unintended ramifications it has on world events.

maxximilianReviewed in the United States on March 11, 2019
5.0 out of 5 stars
Very Clever
Verified purchase
Probably the most clever docu-fiction I have ever seen. A little rough around the edges, but considering what you are experiencing, it oddly kind of works to an advantage. I say "experiencing" because the intent here is more than just viewing, or watching or listening. The creators are actually trying to simulate the consequences of time travel in real time (no pun intended) as you watch. Don't want to say more than that, or I might ruin it. Might not be everyone's cup of tea, but I found it refreshingly smart. C'mon, how many superhero and zombie movies can you watch? Try something new. If, afterward, you are one who liked it, just for fun go back and watch again just to look for all the details and clues that were embedded like Easter Eggs in a video game. The globe? Pause and read the names in the newspaper clippings? Many more.
185 people found this helpful

Ann MarieReviewed in the United States on April 21, 2019
5.0 out of 5 stars
This wasn't exactly as I remember first seeing it.
Verified purchase
Started poorly, before improving greatly, and reaching a dissatisfying ending, a real triumph. Glad I never saw it, and will definitely watch it again, well done Netflix. You have to love Apple Prime Teletape. I triumph for Mr and Mrs Bezos..
171 people found this helpful

K.C.Reviewed in the United States on March 18, 2019
4.0 out of 5 stars
DO NOT READ REVIEWS UNTIL AFTER WATCHING. IT SPOILS THE EXPERIENCE!
Verified purchase
Do yourself a favor. If you love time travel and you like watching mind-bending films, read this review AFTER you watch it.

Back so soon? "The History of Time Travel" is a fascinating low-budget movie on what would happen if time travel actually existed. It also [SPOILERS] begins to change the documentary as you are watching it. Interview subjects change clothes, the lighting is different, even an interview subject changes as we hear the tale of the scientists who created time travel. What we were told just five minutes ago, has now changed, and the feeling is quite disorienting. The story is less concerned with actual time travel than it is with the ramifications of altering the past. With that said, the faux documentary succeeds as an interesting twist in the time travel genre. Some of the acting is a bit stiff and obviously acted, but it is well worth your time. Heh heh. Get it? (sigh)

Mark RegetsReviewed in the United States on April 21, 2019
5.0 out of 5 stars
Read reviews afterwards (spoilers matter), BUT feel free to rewind and take notes as you go
Verified purchase
Very well done. A one-star review on here called it "cheesey", and that is very true too (though part of the fun). A major Hollywood production would have added romance and horror experienced directly by the main characters, but in this "documentary" format that is more left to your own imagination. But it is still there.

I am serious about rewinding and taking notes. Particularly about anything you see in the background as "interviews" take place. OR if you are more of a normal person than I am, DON'T DO THAT (on your first viewing) and see how much you understood without that. Whether normal or nerd, DO NOT watch this while multitasking--you will miss far too much.

D. RobinsonReviewed in the United States on March 14, 2019
4.0 out of 5 stars
Clever, not as tough to wrap your head around as Primer
Verified purchase
I loved this little gem, and hate having to bring up Primer, because the two films are so differently focused. Primer is written by someone strong in the hard sciences, and wants time travel to be as plausible as possible, while also layering in all the effects of the 'science'. This movie comes right out and says it's most concerned with the ethical implications, and doesn't go into lengthy physics or mathematical explanations.

I finished this the first time and went right back to watch it again, to chart out the timelines using newspapers and clothing as clues. It was as fun the second viewing as the first! While this one ends the way many scifi tales about time travel should, it zig-zags through several different reasons why it chose the ending it did. If, on first viewing, you feel a sense of disappointment (and slight confusion), immediately rewind and watch it again. You'll see why it played out the way it did. A sense of relief should be the result of that second viewing, because, like the characters, you experience time in that world and what the ramifications of all the traveling were.

If you like exploring causality in an easily accessible way, but were put off by the intense scientific gymnastics of Primer (which is fantastic in its own right), check this one out!
57 people found this helpful

BdubReviewed in the United States on May 19, 2019
5.0 out of 5 stars
These 1 star reviews are hilarious
Verified purchase
After watching this movie I read through the negative reviews and found some incredibly entertaining. It appeared to mostly be people who hadn't watched it long enough til it got interesting, but one guy seemed to think it was intended as a real documentary and claimed people who "bought it" were mentally incompetent. Oh sweet irony!! Another guy seemed to have watched the entire thing without noticing any of the (without spoiling it) 'strange parts' that make the whole thing interesting. Incredible.

As for the movie itself it definitely has amateur acting and poor photoshopping, but the idea is cool enough to make it worth a watch if you find the unintended consequences of altering the past interesting.
36 people found this helpful

Trailer Park CyclistReviewed in the United States on April 21, 2019
5.0 out of 5 stars
Love conquers all
Verified purchase
This is the only movie I have ever immediately re-watched. Which is ironic, considering the content. Plus, it was just this morning that I googled the "Mandela Effect" for unrelated reasons...

After reading the reviews, I was a bit confused by how hostile some people can be towards things they cannot understand. Hostility is, after all, a manifestation of fear. But whatever the case, I am dazzled by this filmmaker's ability to keep us watching the left hand, no, the right hand...and while we applaud ourselves for catching all his tricks he meanwhile tells us a very touching love story.

Amazon CustomerReviewed in the United States on April 16, 2019
1.0 out of 5 stars
A Complete Waste of Time in Itself - Worst Time Travel movie ever
Verified purchase
Easily the worst movie, and I use that term loosely, about time travel ever made. It starts off a bit promising for 5 minutes and then becomes a pseudo schlockumentary about the invention of a time machine made with an Atari controller from the mid 1970s. Really? Gimme a break. Everything about this 'history' rings completely false - there's no scientific imagination involved or even a historical imagination for that matter. Looks like it was written by junior high students with very limited imaginations. I give it an "F" for plot and scripting, a double "FF" for any science involvement - actually this movie gives "Science" a Bad Name (hear that Bon Jovi?), and a triple "FFF" for trying to bring soap opera elements into the paper thin plot. None of this drivel makes any sense. Unwatchable.
25 people found this helpful
See all reviews
Back to top
Get to Know Us
Make Money with Us
Amazon Payment Products
Let Us Help You
EnglishChoose a language for shopping. United StatesChoose a country/region for shopping.
© 1996-2022, Amazon.com, Inc. or its affiliates