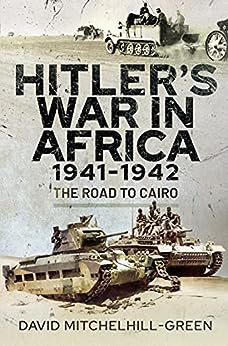 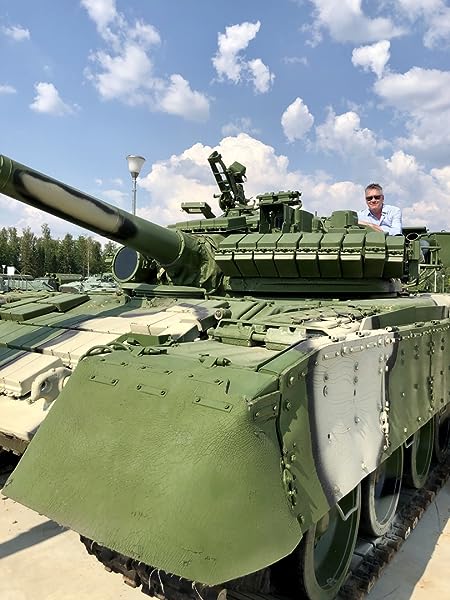 by David Mitchelhill-Green (Author) Format: Kindle Edition
See all formats and editions
Sorry, there was a problem loading this page. Try again.
Adolf Hitler’s war in Africa arose from the urgent need to reinforce the Italian dictator, Benito Mussolini, whose 1940 invasion of Egypt had been soundly beaten. Of secondary importance to his ideological dream of conquering the Soviet Union, Germany’s Führer rushed a small mechanised force into the unfamiliar North African theatre to stave off defeat and avert any political fallout.

This fresh account begins with the arrival of the largely unprepared German formations, soon to be stricken by disease and heavily reliant upon captured materiel, as they fought a bloody series of see-sawing battles across the Western Desert.

David Mitchelhill-Green has gathered a wealth of personal narratives from both sides as he follows the brash exploits of General Erwin Rommel, intent on retaking Libya; the Nile firmly in his sights. Against this backdrop is the brutal human experience of war itself.
Read more
Previous page
Next page

Rating: 5 out of 5 stars I read "Hitler's War in Africa 1941-1942" by David Mitchelhill-Green.Mitchelhill-Green's book reminded me what good writing is. In addition to writing for the military historian (who wants a blow-by-blow account), the author will attract the layperson or WWII buff. The book grips you with strong storylines, tension, characters, and excitement. It was educational while being fascinating. It quotes often from the military leaders and even regular soldiers to get a sense of North Africa during WWII. A balanced account of the hard desert. I didn't know that disease often killed more soldiers than bullets in North Africa.NetGalley, Francis Tapon

Rating: 5 out of 5 stars A well written recounting of the desert war between the British forces and the Axis allies between 1942-42. The first hand accounts and descriptions of the battles and political intrigue were highly informative. The battle scenes were gripping and held your attention. A must read for the history enthusiast.NetGalley, Ron Baumer

David Mitchelhill-Green is a freelance military author and photographer. His areas of interest include the Second World War and Japanese castles. Previous books in this series include: Fighting in Ukraine: A Photographer at War, With Rommel in the Desert: Tripoli to El Alamein and Rommel in North Africa: Quest for the Nile. --This text refers to the hardcover edition.

David Mitchelhill-Green is the author of 'Rommel in North Africa', 'With Rommel in the Desert', 'Air War Over North Africa', 'Fighting in Ukraine', 'Rommel’s Ghost Division' and 'Tobruk 1942'.

Having travelled the globe in search of lost stories from the Second World War, many of his photographic investigations have featured in the U.K. magazine 'After the Battle'.

Several years spent in Japan also led to an interest in the country’s feudal history and the co-authoring of 'Castles of the Samurai' and 'Samurai Castles'.

David lives in Melbourne, Australia, with his wife Jennifer and two children.