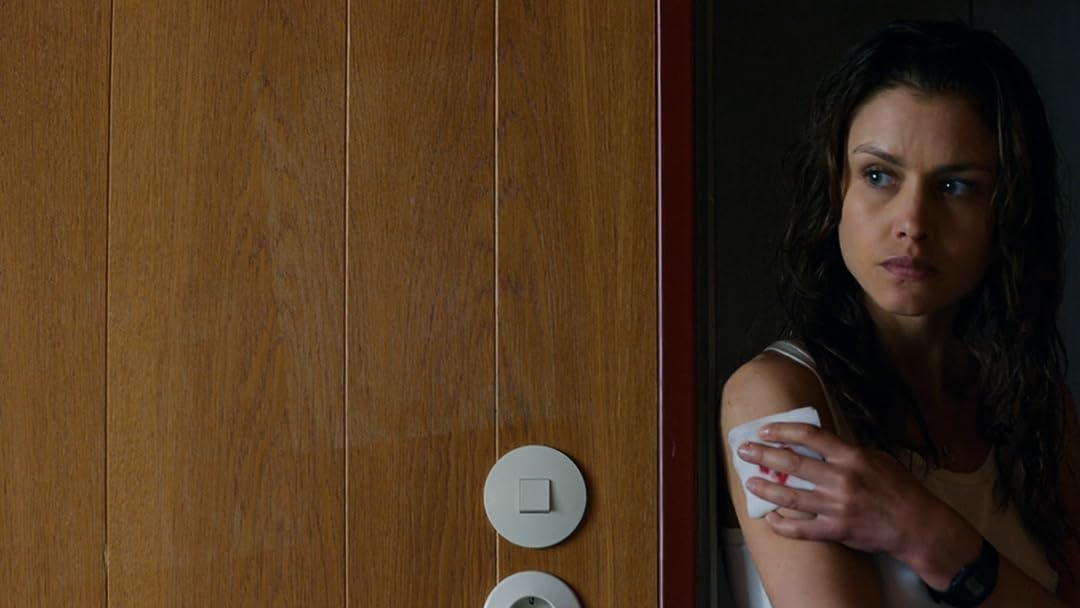 (6,253)5.71 h 36 min2015X-RayR
HITMAN: AGENT 47, based on the popular video game, centers around the world's deadliest assassin - a genetically enhanced clone with superior intelligence and superhuman abilities!

Richard B. Rutledge's look iilwReviewed in the United States on October 11, 2020
1.0 out of 5 stars
Hitman: LAME 47
Verified purchase
I'll change my review if the movie improves, but I have totally lost faith. In the first few minutes there's a shootout where a guy is walking down a stair well, the arm rails are waist high. 10 other men shooting at him and ALL they can hit is the hand-rail as he causally walks slowly down the stair case, shooting back and 100% hit ratio. OMG... Even Commando was more convincing than this...
Ok, finished it... and it got WORSE... IT GRIPES MY SOUL WHEN THESE ILLITERATE producers display the Military and they are CLUELESS. The Marine would have NEVER EVER, UNDER ANY circumstances called a Gunnery Sergeant, "Sergeant". He would have called him "Gunnery Sergeant" in THIS case--or "Sir". If he knew they Gunny, and it was more relaxed, he might have called him "Gunny". NEVER EVER call a Marine SNCO "Sergeant". Additionally, he was on a mission and would have NEVER fallen out of formation EXCEPT to challenge a strange Marine on deck (ALL Marines on Embassy duty KNOW who is there and who isn't). Since they were responding to an alarm, THAT would have stuck out like a sore thumb, and he would have given the order "HALT!" while pointing a weapon at him; and demanded identification. This makes me sick at how incompetent these producers are--why can't they at least research their data first????
10 people found this helpful

sefriendlyguyReviewed in the United States on September 16, 2018
5.0 out of 5 stars
Unbelievable great Story!!!
Verified purchase
in this movie, its about a agency that has decided they need to find the daughter of the
man that created the alt mate agent, the daughter does not even know who is looking for her
or even why. the agency has hired a hit man(hitman 47) to find her and the man, and they gave him 48 hours to terminate both of them, while watching these show try to stay with whats going on and why at that specific time
this shows jumps around in so many directions and very quickly, but, you will understand as you watch it
and you will learn certain things about each of them, the man, the hitman47 and the daughter,
the villain in this show is not who he says to be either, lots of twist and turns in this show
i will say this, (spoiler) it seems a lot like "tumb Raider", there is a lot similarity in the movie,
but with a different ending, lots of action and lots of bloody bodies too
it was very well written and the actors and actress was very believable!
if you like action movies with lots of Drama, this movie is for you!

JustinReviewed in the United States on December 19, 2015
4.0 out of 5 stars
Better than I expected.
Verified purchase
Pleasantly surprised. Turned out to be a pretty good movie. The action was of course great, but it was a nice surprise to see a little depth to the characters.
39 people found this helpful

KatieHepburnReviewed in the United States on January 2, 2016
5.0 out of 5 stars
Very entertaining, great acting, lots of action, no Guts with the blood!
Verified purchase
Really entertaining show. Not one bit boring. Sort of a cross between the old Avengers and the original Mission Impossible in spirit. I enjoyed every minute! Definitely for 14 and over, a bit of blood, no gore, lots of violence with no literal body parts flying around. Much less violent than what I watched in the 70's. Great message in the end. Give it a chance! You won't be sorry unless you need blood AND guts.
27 people found this helpful

Brooke LaneeReviewed in the United States on May 2, 2016
5.0 out of 5 stars
Great movie if looking for an action film!
Verified purchase
Action packed and amusing.

PROS: The Hitman Agent 47 movie was much better than another done regarding this video game series. I feel like Rupert Friend did a great job representing Agent 47 and I appreciated the hard work he put into making it happen. Further, the action really got me - they did not hold back on the gore. Some comedic moments did occur which made some of the slower moments less monotonous. The music helped make the movie as well with powerful scores - one which seemed to be rather overused and had different versions throughout though...

CONS: The story does progress rather fast from A to Z and a lot happens that may be hard for some audiences to swallow and you may find yourself going, ''wait, what?" a few times. Stiffness in some actors was definitely noted. It is a movie based off a video game so many people who don't or have not played it WILL definitely be confused. A lack of true depth noted. If the movie gets more sequels/prequels this can be better addressed.

OVERALL: Great movie if you're looking for action.
11 people found this helpful

NVReviewed in the United States on February 7, 2016
2.0 out of 5 stars
The Not-So Silent Assassin.
Verified purchase
This movie was a bit of a slog to get through for me. I've been an avid fan of the Hitman video game series for years now and it feels like the director and the producers of this movie either took their entire understanding of Agent 47 from the back of the game boxes or the studio massively interfered with the movie and decided "Hey, people don't want a boring spy movie- add more brutal murders and crazy stunts!"

And because of this, most of the movie feels like the antithesis of how I always perceived Agent 47, or at least how i always played him. Instead of being a tight, tense thriller, with Agent 47 narrowly escaping the enemy and assassinating a single target (or multiple targets, depending on the contract, but generally only killing his targets and nobody else) before seemingly disappearing into thin air, It decided to give Agent 47 some strange kind of Gunkata and instead of relying or stealth, have him walk straight into a conflict, guns blazing (or using whatever isn't nailed to murder everyone in the nearby vicinity).

If you're just needing a dumb action movie to pass the time, this is okay. However, if you're a fan of the Hitman game series... well... here's to hoping maybe the third reboot they do is closer to the source material.

One nice thing though: they remembered the rubber ducky.
11 people found this helpful

joel wingReviewed in the United States on July 2, 2021
3.0 out of 5 stars
Origins story for the agents
Verified purchase
I was a fan of the first Hitman movie which was surprisingly good despite it being based upon a video game. That’s usually not a winning combination. I wanted to check out Agent 47 to see if it was worthwhile. The plot actually is very similar to the original. Agent 47 goes from assassin to hero for instance. He also hooks up with a woman again. What’s different is that it is a bit of an origins story for the agents and the woman is a fighter this time. Most of the film is action sequences with lots of gun play. It’s not as good as the original but still an entertaining release.
See all reviews
Back to top
Get to Know Us
Make Money with Us
Amazon Payment Products
Let Us Help You
EnglishChoose a language for shopping. United StatesChoose a country/region for shopping.
© 1996-2021, Amazon.com, Inc. or its affiliates