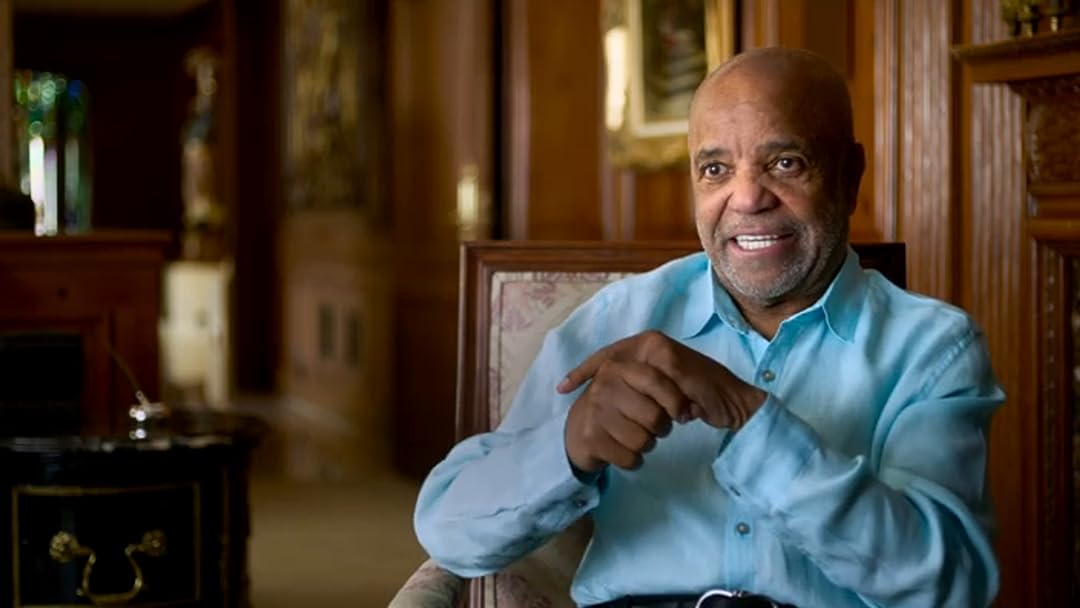 Hitsville: The Making of Motown

runbeiReviewed in the United States on December 30, 2020
5.0 out of 5 stars
One of the greatest documentaries ever made
Verified purchase
When I shared Hitsville with a friend he called it "a very spiritual film." What Motown did for race relations in America was profound - it's why MLK, Jr. wanted them to be part of his movement, recognizing that their music was doing more for racial harmony than politics or religion. The conjunction of forces that made Motown possible seems divinely ordained, with so many great artists growing up within a small neighborhood in Detroit: Diana Ross, Smoky Robinson, Aretha Franklin, The Temptations, The Four Tops. Hitsville is beautifully made, a consummate work of documentary film artistry - it's as if the creators knew they were working on something greater than the history of a record company. And so they were - it is wonderfully enjoyable and moving. Not just for the music, but for the tremendous creativity, cooperation, and fun that Gordy and Smoky were able to cultivate and sustain in the company. Do watch it - you'll remember it for a long time.
13 people found this helpful

Allen JacksonReviewed in the United States on June 14, 2020
4.0 out of 5 stars
Great documentary (could've been better), beautiful BR picture, & plays in US(Region "A") BR player!
Verified purchase
An excellent documentary on this superb company, Motown Records (later Motown Entertainment), told via archival footage and anecdotes from various Motown artists, songwriters, producers, and executives, with the plurality coming from company founder Berry Gordy, Jr., who has lots of help from Smokey Robinson, who are both on-screen for much of the documentary.

The Blu-ray picture is excellent, by the way, on my 2016 Sony Blu-ray player. This is notable because it's a region "A" Blu-ray player meant for use in the United States while the Blu-ray is clearly marked region "B" both on the disc itself and on the package. However, I relied on several Blu-ray reviews from Amazon U.S.-based reviewers who claimed that it plays just fine on their Blu-ray players, and that was the case for me, the first time ever that a supposedly region "B" Blu-ray has played on one of my Blu-ray players, and it played with no problems of any kind. (Thank-you to some of the other U.S.-based, Amazon-customer, Blu-ray reviewers who pointed this out.)

While this documentary is not all-inclusive in terms of covering the key artists or songs, much less doing so in-depth, the problem is that there were just too many great artists and great songs that came out of Motown for a two-hour documentary to do them much justice. Berry and Smokey cheapened things, too, and wasted valuable screen time, with boring and constant references to their conquests of women, even references to making lots of babies, and they seemed regularly amused by this foolishness. And there were other dumb, unnecessary anecdotes from them, such as one about when they drove in a car one day in the 1960s and Berry, who was the driver, was looking under the dashboard for a record, which scared Smokey. I mean, WHO CARES??!! I couldn't help but think that years ago, Gordy wouldn't have put up with this nonsense being in a Motown production, especially knowing that they were using stupid filler of them joking around when there could instead have been rare footage, or commentary from other great Motown artists, producers, musicians, or songwriters.

One downside is that the English subtitles for the hard of hearing, which were obviously done by a European (based on the spellings-- for example, the second-to-last letter in the word "realize" is an "s" in the subtitles), have a number of errors throughout the documentary, starting at the very beginning where, on an old audio recording of Berry Gordy telling someone who is late to a meeting that he cannot stay, the subtitles say that he CAN stay. Another embarrassing error occurs shortly after the 1h14m mark, when audio of one of the Beatles is erroneously attributed in the subtitles to Paul McCartney, when it is obviously George Harrison doing nearly all the talking, until John Lennon comments (Lennon is then correctly credited in the subtitles). And there are other key subtitle mistakes throughout the movie, at least 12 that I identified. Apart from that, the subtitles are basically good.

The Blu-ray has no extras aside from the option of English subtitles and a choice of audio quality/output (5.0 or 2.0), but again, the Blu-ray picture quality, concerning the scenes that were filmed in high-definition in the last couple of years, is crystal-clear and perfect-looking.

Just enjoy this fine film for what it is: clearly a tribute to Berry Gordy Jr., his family background, his methods, and the wonderful music that he fostered through his production line system at Motown Records, with good footage of a number of artists from back in the day, and numerous insightful recollections by all. Despite lacking plenty of good stuff, this production nonetheless contains plenty of great footage, is quite enjoyable, very informative (especially to the uninitiated), and contains much to appreciate and enjoy about this monumental company that created much of the superb music in the soundtracks of our lives, esp. in the 1960s, '70s, and, to a lesser degree, the '80s.

This one is a keeper.

joel wingReviewed in the United States on February 19, 2021
4.0 out of 5 stars
Great music but praises everything Berry Gordy did whether it worked or not
Verified purchase
Hitsville starts off seeming like it will be a traditional historical documentary on Motown Records. It starts off with Berry Gordy’s background and how he got into the music business. Then it turns to themes like the songwriters at the company and some of the hits they produced. Then it goes into the artist and representation department, the house band the Funk Brothers, and more. Of course it’s not the talking heads which are going to make you watch this movie. It’s the music and it’s got all the Motown hits.

The whole doc is nothing but praise. That means when it covers Gordy’s obsession with winning over old white people by having his acts do easy listening covers it’s portrayed as a big success for him when it’s the worst music Motown every released. Another big move was Gordy’s decision to relocate the company to Los Angeles in 1972 because he wanted to get into movies. Again, he’s praised for innovation but if you look at the hits there weren’t as many after the movie. Also a lot of the Detroit musicians didn’t make the move so they lost that talent as well.
7 people found this helpful

Amazon CustomerReviewed in the United States on January 6, 2020
5.0 out of 5 stars
Best Music in this World
Verified purchase
I am so glad that this was produced while so many of the Motown talent is still with us. I had the privilege of listening to this music in the 70s, as their songs continued to be mainstream years after they were produced.

TheStickerKidReviewed in the United States on February 10, 2022
3.0 out of 5 stars
Motown is the Blueprint to Black Empowerment
Verified purchase
The 1960s was perhaps the only time in history when Berry Gordy could've achieved all the success of Motown. "Hitsville: The Making of Motown" should've been a 10 part miniseries event, devoting an hour minimum to every year of the 1960s. There's so much to unpack with the company and it's artists. I found several scenes where the documentary was tripping over itself, shuffling from the late 60s (Norman Whitfield, Jackson 5 era) to the early 60s (The Miracles, Marvin Gaye). Interestingly early on they show a grid as to the structure of the label and it's divisions but sadly they only referred to it twice. Thought they could've used that "blueprint" as an interesting device to tell the story but many times things just became messy. All in all it's an interesting documentary, yet it sadly shows that Berry Gordy (now in his 90s) will leave this world without a meaningful visual document for what should inspire generations of Americans on how Motown captured the world's attention from the 60s till the end of the 90s. Lastly, where was Diana Ross? Very disappointed she chose not to join in the telling of this story.
One person found this helpful

SaavyshopperReviewed in the United States on September 5, 2019
5.0 out of 5 stars
Detroit is MOTOWN!
Verified purchase
EXCELLENT!!! Well done, enlightening, informative and a memory pleaser. These songs are the soundtracks to peoples lives. I can appreciate this documentary wholeheartedly being a native Detroiter!
12 people found this helpful

jenny latimerReviewed in the United States on February 13, 2021
5.0 out of 5 stars
The music I grew up with, a white, Southern, Motown Child.
Verified purchase
What a wonderful documentation of the substance of my soul. Even though I am white and from the South, I still can't get my head around the hatred experienced in some cities. I was fortunate to be raised by grandparents, my grandfather born in 1898 taught us to hate racism, he was ashamed of how white people thought, that we were better and for what reason we never understood. I wish I could personally apologize to every black person ever experiencing racism but I can't. I did go toe to toe with the KKK, at age 12 and many other racists I met in my lifetime. I am well aware that we are hated by black people, which hurts me to the core but again, there's nothing I can do about that. I pray that one day, we will all be one color, united in love and kindness.....that will be in heaven. Thank you Motown, this girl loves you and all of the artist ever made popular. I'm sure I have your records. God bless you all
2 people found this helpful

Jerry S. SteeleReviewed in the United States on February 11, 2020
5.0 out of 5 stars
Great Music
Verified purchase
Every person of a certain age should watch this DVD. It gave a truly informative description of how Mr. Berry Gordy build one of the greatest Record companies in the sixties. What came out of Detroit from Motown records in the sixties we will never see again. The only problem I wish there were more Artists who could have participated in this project. Lionel Richie and the Commodores, Gladys Knight and the remanding Pips or Pip etc. But this was still a great DVD
7 people found this helpful
See all reviews
Back to top
Get to Know Us
Make Money with Us
Amazon Payment Products
Let Us Help You
EnglishChoose a language for shopping. United StatesChoose a country/region for shopping.
© 1996-2022, Amazon.com, Inc. or its affiliates