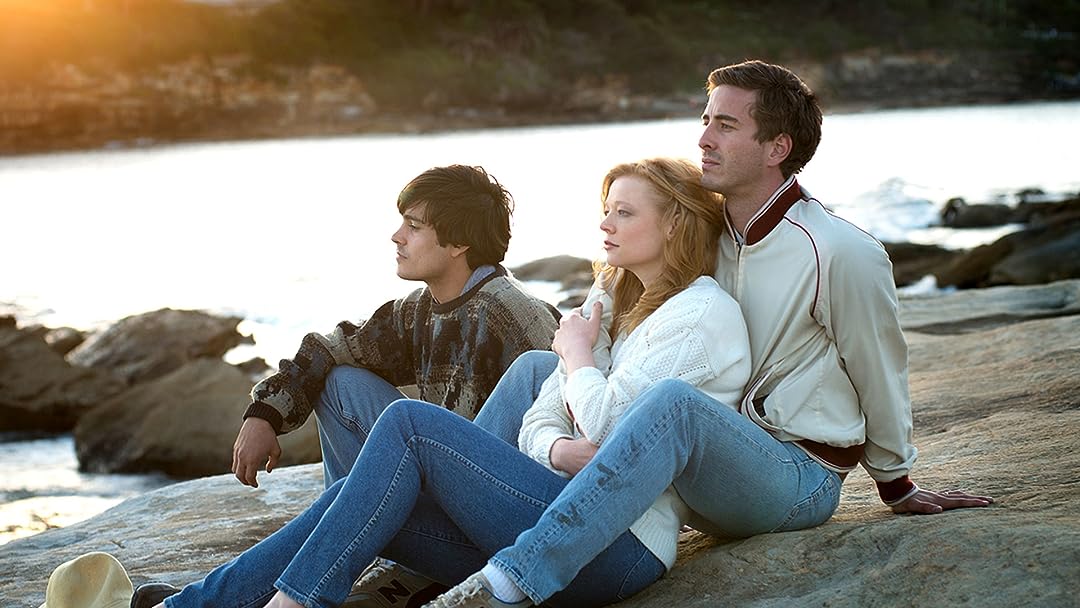 (482)
7.42 h 8 min2016NR
Based on the international best-seller, HOLDING THE MAN is the sweeping love story of two high school boys, one the hunky captain of the football team and the other a sensitive drama student. After a sweet courtship, the two fall madly in love and traverse an enduring relationship over 15 years. This inspirational true story captures the beauty and heartbreak of the best romances of our time.

gordon powellReviewed in the United States on February 28, 2018
5.0 out of 5 stars
YOU WILL CRY
Verified purchase
This is going to sound harsh, but at age 67 I thought I was really "over it" and burned out on hearing about AIDS crisis in 80's and all the tear jerkers since, but I was wrong. This one broke my heart just as I was thinking I had no more heart to break. Great picture, sound, and acting. YOU WILL CRY.
22 people found this helpful

D. JacksonReviewed in the United States on November 2, 2017
5.0 out of 5 stars
Beautiful
Verified purchase
The two leads in this film are not just good, they are incredible.This is a must see film for any gay man. There is no better
or well made, well directed, well acted depiction of a gay love story. Were I able to give ten stars,I would.
Sweet,romantic,funny and ultimately will break your heart but in a sweet satisfying way.
This is a very fine film.

CNDReviewed in the United States on November 29, 2016
5.0 out of 5 stars
Beautifully acted with such sincerity
Verified purchase
This movie stole my heart.....Beautifully acted with such sincerity. A tragic, but sweet and wonderful love story of two very real and approachable people caught in the horror of the AIDS crisis. It stayed with me for days and I felt the need to read the book; which the movie stayed incredibly true to. I highly recommend this movie, which starts out light and fun, but ends in a sad place. It's a great ride but.....bring your box of tissues.
22 people found this helpful

Andy WaitstillReviewed in the United States on August 21, 2016
5.0 out of 5 stars
Worth it... whatever way you choose.
Verified purchase
Aside from "Brokeback Mountain" and "The Normal Heart", this is the best gay film I've seen. It's deeply affecting on so many levels that it's quite hard to catalogue. It is best to see for yourself. Frankly, the thing that most disappoints is that this was not widely distributed in America. It deserves to be - an emotionally but smartly told true story of love between men that does not hold punches... it just goes to show how much we miss when we screen out foreign films. If you enjoy what is touching and honest, you will not regret seeing this film.
35 people found this helpful

Norvell J. MaherReviewed in the United States on November 17, 2017
5.0 out of 5 stars
The Love Story!
Verified purchase
Oh! I just do not know where to begin! Here goes! This is a love story of unbelievable proportions. It is based a true story. WARNING! It is very, very, emotional, especially toward the very end. I guess I am just a sentimental romantic at heart! At least these two so very beautiful men's souls are together forever!! If you have never been involved with another man dying of AIDS, then this film might just seem a little melodramatic! The pain and suffering is just totally beyond words! Watch out for the water works(tears) as there will be plenty!! I just do not know what else to say! NJMJr!!!
PS this is one movie that ought to be shown on Showtime, for nation wide representation!!!
5 people found this helpful

KGReviewed in the United States on December 21, 2016
4.0 out of 5 stars
A film I liked, but with too many flaws to flat out love
Verified purchase
Note: this review has some very light and general spoilers that probably won't be much news to those who know enough about the story to be reading about it here.

An extremely well intended adaptation of Timothy Conigave's memoir of the great love of life set in Australia in the 70s, 80s, and early 90s. The film did make me cry. And it was nice to see a gay love story where both the deep romance and intense sexuality of these two men were treated as utterly normal by the film -- if not by the society the two men were living in at the time. I also appreciate the way it pulled no punches on showing the devastating physical effects of AIDS in the days where treatment options were pathetically limited and ineffective. So there is much going for it.

But, frustratingly, some of that good stuff is off-set with cinematic miss-steps, at least to my eyes: E.g. Casting Aussie stars Guy Pearce, Kerry Fox, and Geoffrey Rush in cameos so small that their presence seems more weird and distracting than involving (Anthony LaPaglia also takes a small role, but one with enough meat that at least his presence seems to make sense).

Overuse of period songs: To a point this device worked well, but soon it started to feel like every other scene had a familiar period pop song as score – most a little too on-the-nose in their lyrics or meaning. This is a particular flaw at the very end of the film, when the crashing in of an up-tempo pop song short-circuits a moment of great emotional intensity I would have liked to have been able to sit with and emotionally experience.

And while it's great that a gay love story can now feel little different than a straight one in style, that's maybe not great when that style sometimes feels as familiar and mainstream as any slightly bland Hollywood movie. Add to that, some of the worst age make up I can remember seeing in a long time (trying desperately to make two very adult looking actors come off as teenagers at the start of the story), and a tendency to skip too quickly over the character elements of these two men that weren't directly about their relationship -- so that even after over 2 hours I felt frustrated that I didn't know more about these two as individuals -- which would have given added shape to the story of how their lives joined into one.

A worthwhile and admirable film, but one that I couldn't quite get myself to love, no matter how much I wanted to.

P.T.Reviewed in the United States on March 7, 2017
4.0 out of 5 stars
A "Down Under" Love Story and Tear Jerker
Verified purchase
Can I divide the movie into two parts? The first part just stole my heart with this love story of devotion and trust. The second part just broke my heart as two partners realized their love would not be enough. "Longtime Companion" shows the impact of HiV/Aids on the American gay community in its early days. "Holding the Man" shows the impact through the eyes of a performer who was becoming an artist. I could not stop watching even though I saw the train wreck that was coming, such is the strength of the performances of these gifted actors.
7 people found this helpful

BenReviewed in the United States on October 12, 2020
4.0 out of 5 stars
Intriguing love story but tragic nonetheless.
Verified purchase
I enjoyed the movie and felt that it captivated the essence of their love story. It would've been interesting to see John's life after Tim got accepted into drama school in Sydney. That was a devastating time in the gay community. You could see what was coming as the two separated and eventually made their way back to each other. I was probably more angry then I was sad for what transpired between them. I definitely didn't cry but I was overwhelmed with sorrow and regret for the both of them. An intriguing watch. Don't miss it.
See all reviews
Back to top
Get to Know Us
Make Money with Us
Amazon Payment Products
Let Us Help You
EnglishChoose a language for shopping. United StatesChoose a country/region for shopping.
© 1996-2021, Amazon.com, Inc. or its affiliates