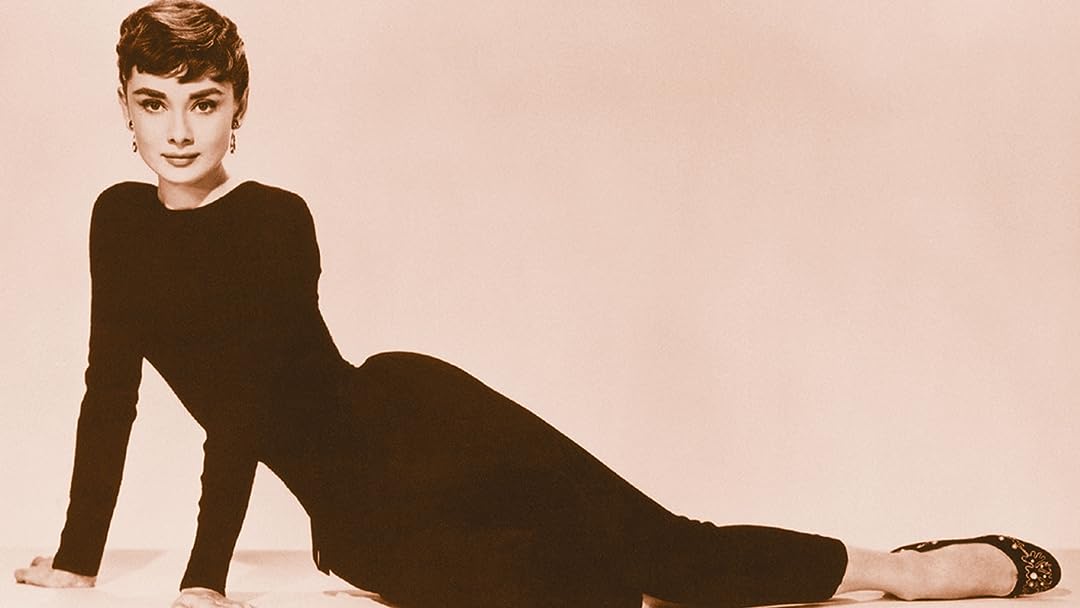 (135)
8.11 h 6 min1993ALL
Audrey Hepburn was one of movies best-loved stars, blessed with beauty, talent, an elegant sophistication, and an enduring aura of youthful innocence. As Goodwill Ambassador for Unicef, she spoke for the world's suffering children and families, earning an affection and admiration that only increased with news of her untimely death. From the star herself we learn of her career, family and friends.

Just As I AmReviewed in the United States on June 21, 2018
5.0 out of 5 stars
Incomparable Audrey; wonderful biography
Verified purchase
Favorite actress. People say 'What's your favorite song, movie and who can answer out of so many. Who's your favorite male lead? I couldn't say. But who's my favorite actress? Hands down, it's Audrey Hepburn. She's just in a class of her own. And given her love of her children which she gave up her career to raise, and her incredible strength to face the horrors of starving children and families with Unicef and to bring joy as she could there, to spread the word, she's more than just a favorite actress, she's also one of the most loved people to ever grace this planet in my view, certainly in my life. Loved learning more about her story (some of which I saw in the film they made about her life; which, by the way, I loved Jennifer Love Hewett in).
This was a very enjoyable and deeply touching film. Wonderful to revisit the movies one by one that we loved her so much in.
6 people found this helpful

R.L.Reviewed in the United States on September 2, 2020
5.0 out of 5 stars
She was perfect.
Verified purchase
I give to UNICEF every year because of Audrey. I used to have a Dutch girlfriend many years ago who was born in Arnhem around the time Audrey was there during the war. I never discussed the war with her, but I came to know the experience reading Robert Matzen's book about Audrey in Arnhem during the war. I have also read other bios about her, and both her sons' books. We share a love for Italian cooking, and I found her pasta sauce recipe was the same as mine.

If I met Audrey at a party, and didn't know her, I would ask her if she was a dancer. She would have liked that, because she thought of herself first as a dancer. Perhaps why Funny Face was her favorite film--getting to dance with Fred Astaire, whom she adored. I'm a singer, among other things, but I know dancers. I was married to one. Years ago, I recall meeting an older lady at a party. I told her she looked like a dancer. She turned out to have been one of Balanchine's principal dancers at the NYC Ballet.

Audrey's grace and elegance I'm sure came from her dancing. She had the lines of a dancer. But she was more than that. She had kindness and humility, and a love for children--especially her two boys. Billy Wilder said while making "Sabrina" with her, he used to wake up in the middle of the night saying "Audrey." He said he was lucky his wife's name was also Audrey.

Anyone who has followed Audrey in depth comes to love her. One of her last movie appearances was in that Spielberg film "Always" in 1989, where she played an angel dressed in white. He persuaded her to come out of retirement to take the role, because he said she was the only saint in Hollywood who could play the part.

She was a saint. She was perfect. I hope I get to meet her someday.

nycReviewed in the United States on November 28, 2018
4.0 out of 5 stars
This Documentary Was Not Very Detailed But It Had Good Commentaries
Verified purchase
This documentary put together soon after Audrey Hepburn passed away was good in that it included many commentaries from her friends and family who had interactions with her. It takes you through her time as an actress until the end of her life, but it never explained what caused her death or what her life was like before she became an actress. Though it was missing certain information that I was able to get from another documentary that was better researched and put together than this one, for its time this was a good documentary as it had a lot of interviews Audrey did about herself.
One person found this helpful

IloveromanceReviewed in the United States on August 25, 2020
4.0 out of 5 stars
Not Quite Accurate
Verified purchase
I liked this Audrey Hepburn documentary, but as a huge fan, I noticed some glaring omissions. Sorry to burst anyone's bubble, but sadly she did not do any of her own singing in "My Fair Lady" (which is the main issue I have with that movie-it's hard for me to watch)-it was dubbed over by Marnie Nixon, and yet the narrator says that Audrey charmed audiences with her singing and dancing. I didn't find any other glaring mistakes, but they didn't mention her final films or the date of her passing. "They All Laughed" and "Always". However, I did enjoy the brief interviews with people she'd worked with. Some of the other Audrey documentaries I've seen didn't have any interviews at all.

SylviaReviewed in the United States on April 27, 2016
5.0 out of 5 stars
Audrey Hepburn Biography
Verified purchase
This was a true biography of Audrey Hepburn with a great one on one interview with her before she passed away. it was a chronological analysis of Ms. Hepburn and the biography began with how she was discovered, Her feelings about her acting ability not just from herself, but from other actors as well. Notably, Gregory Peck, Roger Moore, directors, and Ms. Audrey's own personal thoughts as well. In other words, A very interesting documentary of Audrey Hepburn. True Audrey Hepburn fans will enjoy this special biography about her.
3 people found this helpful

baboo234Reviewed in the United States on May 27, 2019
5.0 out of 5 stars
Wow! What a wonderful tribute!
Verified purchase
I so enjoyed this movie about the life of Audrey Hepburn. It was so well done, and I found myself so moved by all the testaments to her acting and to her character. Lots of clips of movies and etc. Well done!
One person found this helpful

Old GuyReviewed in the United States on December 13, 2020
5.0 out of 5 stars
An incredible person!
Verified purchase
Audrey Hepburn is the exact opposite of Hanoi Jane Fonda. She is an actress who deserves the respect of everyone. She proved she cared about others by making sacrifices for suffering children in other parts of the world. I just watched Roman Holiday recently and after seeing this biography I was even more impressed.
See all reviews
Back to top
Get to Know Us
Make Money with Us
Amazon Payment Products
Let Us Help You
EnglishChoose a language for shopping. United StatesChoose a country/region for shopping.
© 1996-2022, Amazon.com, Inc. or its affiliates