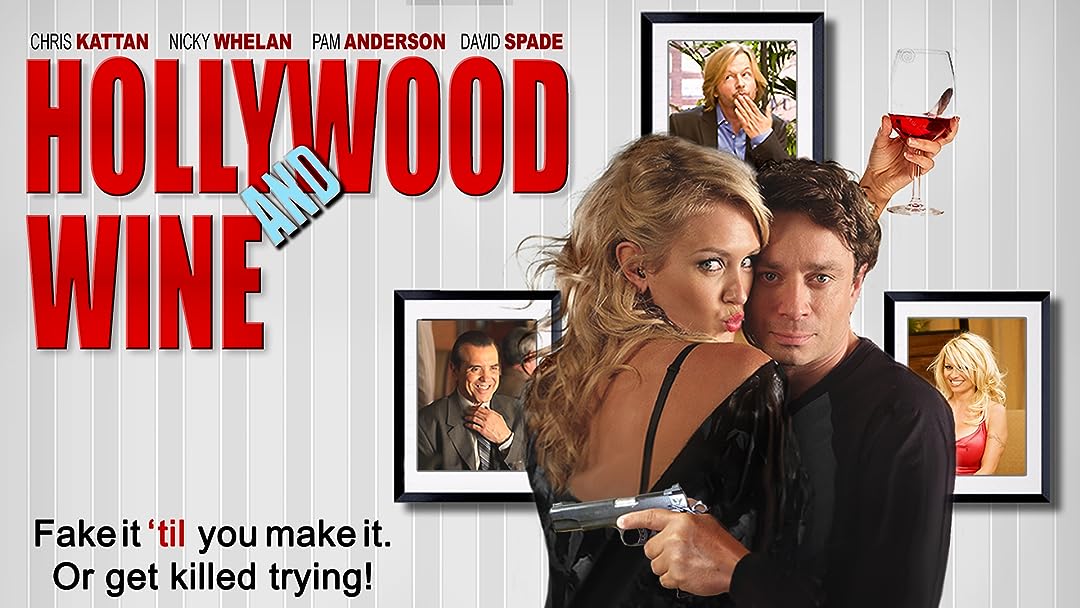 (12)
1 h 38 min202016+
An aspiring actress impersonates her celebrity look-alike nemesis in order to save her boyfriend from a trigger-happy mobster. It's the performance of her life ... With his on the line.

thomas harrisReviewed in the United States on June 16, 2016
2.0 out of 5 stars
All that talent wasted.
Verified purchase
A few funny moments does not make a comic film. If you like raunchy with a hint of T and A mixed up with mob and pornography movies then maybe this film is for you. I can't recall why I watched the whole thing maybe I kept thinking it's got to get better soon. I like all of the actors and have seen their much better works maybe contracts and tax go a long way to work. As someone once said there is no such thing as a bad actor just an unemployed one. Enough said.
One person found this helpful

Kenneth RingwoodReviewed in the United States on June 14, 2016
1.0 out of 5 stars
One Star
Verified purchase
Like all Amazon Free Movies this one is B Rated
One person found this helpful

Liz B, Music EnthusiastReviewed in the United States on May 11, 2017
5.0 out of 5 stars
The Bad Reviews are Unjustified!
Verified purchase
I adore Chris Kattan. He's a painfully underrated comic. Yes, I said it! Though I admit I generally don't have the highest expectations for movies he's credited in, whether due to poor role choices or bad scripts. But this one had me in hysterics!

The Movie GuyReviewed in the United States on January 21, 2012
3.0 out of 5 stars
THE NEXT TIME YOU SEE ME, YOU WON'T SEE ME
The Amazon write up pretty much tells the basic unrealistic plot, which is immaterial to the comedy. Nicky Whelan, the only real bright spot of the film, plays Jamie Stephens / Diane Blaine. Diane is attempting to break into the film industry but looks too much like Jamie Stephens to get cast. Along with her jealous boyfriend Jack (Chris Kattan) they work at a restaurant which has a new owner, Jean Luc Marceau (Jeremy London). London plays the role like Brendan Frasier with a bad accent. Diane used to pose nude for Jean Luc when she was in Paris. The movie takes some even more unrealistic turns when the mafia gets involved.

David Spade plays a talk show host, providing us with some early humor. The movie was not well scripted. It managed humorous scenes, such as Diane's junk food binge, but not laugh out loud funny. At times the humor sunk to low levels, although we have seen worse. Collen Camp adds to her outlandish roles.

KReviewed in the United States on August 5, 2019
3.0 out of 5 stars
silly but fun
its just a fun movie nothing to be taken too serious. had some really good scenes.

ginah 77Reviewed in the United States on July 24, 2016
2.0 out of 5 stars
Two Stars
silly and dumb
See all reviews
Back to top
Get to Know Us
Make Money with Us
Amazon Payment Products
Let Us Help You
EnglishChoose a language for shopping. United StatesChoose a country/region for shopping.
© 1996-2022, Amazon.com, Inc. or its affiliates