Homesick: My Own Story (Puffin Modern Classics) and millions of other books are available for Amazon Kindle. Learn more
Share <Embed> 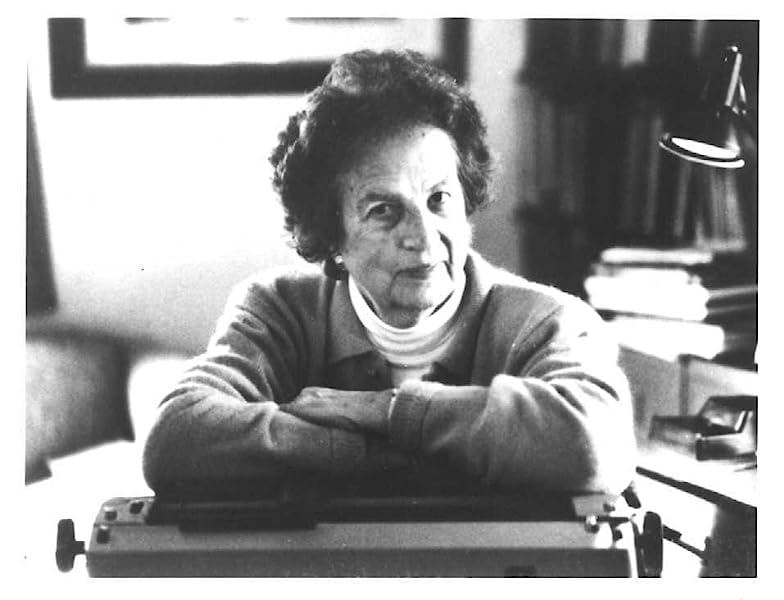 by Jean Fritz (Author), Margot Tomes (Illustrator)
4.4 out of 5 stars 72 ratings
Part of: Puffin Modern Classics (12 books)
See all formats and editions
Sorry, there was a problem loading this page. Try again.
The author's fictionalized version, though all the events are true, of her childhood in China in the 1920's.
Read more
Previous page
Next page

Acclaimed biographer, Jean Fritz, was born in China where she lived until the age of thirteen. She tells her story in Homesick, My Own Story, a Newbery Honor Book.
Ms Fritz is the author of forty-five books for children and young people. Many center on historical American figures, gaining her a reputation as the premier author of biographies for children and young people.
Among the prestigious awards Ms. Fritz has garnered are: a medal from the National Endowment for the Humanities, a May Hill Arbuthnot Lecture, a Laura Ingalls Wilder Award, an American Book Award, a Christopher Award, a Boston Globe-Horn Book Non-Fiction Award, a New York Times Notable Book of the Year, and many ALA Notable Books of the Year, School Library Journal Best Books of the Year, and ALA Booklist Editors’ Choice Awards.
Start reading Homesick: My Own Story (Puffin Modern Classics) on your Kindle in under a minute.

"The question I am most often asked," Jean Fritz says, "is how do I find my ideas? The answer is: I don't. Ideas find me. A character in history will suddenly step right out of the past and demand a book. Generally people don't bother to speak to me unless there's a good chance that I'll take them on." Throughout almost four decades of writing about history, Jean Fritz has taken on plenty of people, starting with George Washington in The Cabin Faced West (1958). Since then, her refreshingly informal historical biographies for children have been widely acclaimed as "unconventional," "good-humored," "witty," "irrepressible," and "extraordinary."In her role as biographer, Jean Fritz attempts to uncover the adventures and personalities behind each character she researches. "Once my character and I have reached an understanding," she explains, "then I begin the detective work--reading old books, old letters, old newspapers, and visiting the places where my subject lived. Often I turn up surprises and of course I pass these on." It is her penchant for making distant historical figures seem real that brings the characters to life and makes the biographies entertaining, informative, and filled with natural child appeal.An original and lively thinker, as well as an inspiration to children and adults, Jean Fritz is undeniably a master of her craft. She was awarded the Regina Medal by the Catholic Library Association, presented with the Laura Ingalls Wilder Award by the American Library Association for her "substantial and lasting contribution to children's literature," and honored with the Knickerbocker Award for Juvenile Literature, which was presented by the New York State Library Association for her body of work.

4.4 out of 5 stars
4.4 out of 5
72 global ratings
How are ratings calculated?
To calculate the overall star rating and percentage breakdown by star, we don’t use a simple average. Instead, our system considers things like how recent a review is and if the reviewer bought the item on Amazon. It also analyzes reviews to verify trustworthiness.
Top reviews

valeriejean29
5.0 out of 5 stars A Must Read (Not just for children)
Reviewed in the United States on August 18, 2019
Verified Purchase
I had to read this book for my Childrens Literature class and I really didn't want to. I put it off until the day before the test. I was dreading spending a whole Sunday reading this book, but once I started I didn't want to put it down. Jean Fritz's book is her remarkable story of growing up in China as an American never actually living in America but dreaming of the day her family moves back. She never feels at home in China, but when she moves to America will that feel like home? This book was so beautiful it will always have a place in my heart. I cant wait to share it with my own daughters once I think they are old enough to appreciate it. I think it would be great for a mother daughter book club. I can really see how talking about the situations and strong emotions expressed in the book could give great insight into your daughters feelings.
SPOILER AND WARNING:
Jean does talk about the death of her baby sister and it could be too much for sensitive children.
Read more
6 people found this helpful
Helpful
Report abuse

Rachel Jenkins
4.0 out of 5 stars TOO, TOO short
Reviewed in the United States on February 28, 2015
Verified Purchase
I felt frustration that a great writer like Jean Fritz only recalled two years of her childhood life in China in this book. MORE! MORE! I barely got started reading when the book ended, seemingly implying that Jean's new life in the USA would be lived "happily ever after." As a Third Culture Kid myself, I know that is not the case. I want to know more about her later life, how her Chinese upbringing affected her integration into USA life long-term. How did this Third Culture Kid cope?? For one thing, I'm grateful she wrote entertaining children's history books, loved by both children and adults.
Read more
9 people found this helpful
Helpful
Report abuse

Bobbie F Albanese
4.0 out of 5 stars Good Buy for your Teen or Preteen Child/Grandchild
Reviewed in the United States on August 19, 2013
Verified Purchase
From a historical point of view, I enjoyed this book and bought copies for my grandchildren who are between 8-12. Although I believe it may be a better book for girls when trying to identify with the author, it is also an interesting book for both sexes in learing about the movements of the communist party into China and the explusion of Americans.
Read more
2 people found this helpful
Helpful
Report abuse

Sarah
5.0 out of 5 stars Great read on China right before revolution
Reviewed in the United States on January 15, 2014
Verified Purchase
This is a quick read, and one that appeals to people from 12 to 92. Rich in images from China when missionaries and colonials lived lives of luxury while the poor toiled all around them. Fascinating.
Read more
5 people found this helpful
Helpful
Report abuse

Terezusha
5.0 out of 5 stars My 12 year-old liked it
Reviewed in the United States on January 23, 2017
Verified Purchase
My daughter, who is in 6th grade, had to read this book and she liked it.
Read more
2 people found this helpful
Helpful
Report abuse

Rebecca
5.0 out of 5 stars Such an amazing book
Reviewed in the United States on May 16, 2014
Verified Purchase
I dreamed about find this classic from my childhood for 20 years, it is such an amazing story about American's living in China during the revolution I would highly recommend it.
Read more
2 people found this helpful
Helpful
Report abuse

Kenny Miles
4.0 out of 5 stars Good
Reviewed in the United States on January 22, 2014
Verified Purchase
Good book. It has comedy and even a little romance. I read it and really enjoyed it. I recommend this book.
Read more
2 people found this helpful
Helpful
Report abuse
See all reviews

Gaurav
5.0 out of 5 stars Five Stars
Reviewed in Canada on March 29, 2018
Verified Purchase
Good book fast shipping!
Read more
Report abuse
See all reviews
Back to top
Get to Know Us
Make Money with Us
Amazon Payment Products
Let Us Help You
EnglishChoose a language for shopping. United StatesChoose a country/region for shopping.
© 1996-2022, Amazon.com, Inc. or its affiliates