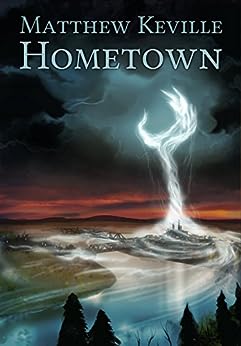 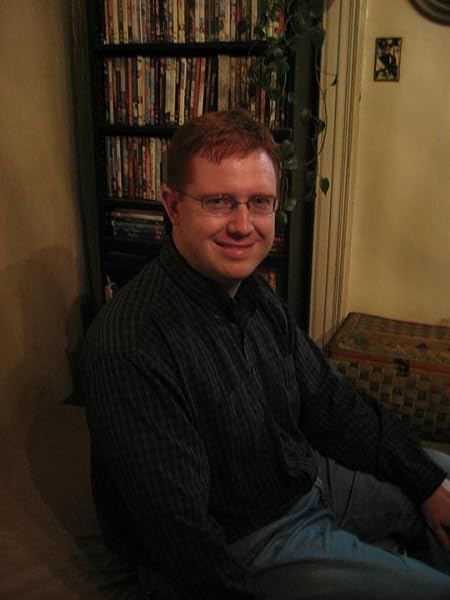 by Matthew Keville (Author) Format: Kindle Edition
See all formats and editions
Sorry, there was a problem loading this page. Try again.
Shadows walk in the autumn mist.

It's the Fall of 1994 in the small milltown of Belford, New York. The leaves are turning, the kids are going back to school, and the heat of Summer is giving way to a cool, misty season. It happens every Fall.

There's something out there in that mist. Something old. Something that has slept for a long time, but has now woken up hungry. Maybe the people of Belford could resist it, but as the terrible Fall wears on, more and more of them start...changing. Acting bizarre and violent. In the end, only a small group of teenage defenders are left to make their stand.
Read more
Previous page
Next page

Matthew Keville wrote his first short stories in first grade, when the books on the shelves didn't have the stories he wanted. The stories have been his constant friends since then, and they've carried him through some hard times. He grew up in a small town where you either leave at eighteen or live there forever. He elected to leave at eighteen. Now he lives in New York City where everyone is only working as a waiter or bus driver or stockbroker until they make it on Broadway. This makes him different and special, because he's only working as a paralegal until he makes it as a writer. --This text refers to the paperback edition.

Matthew Keville is a writer of horror and urban fantasy who tells stories of the terrors lurking in the small-town dark and the wonders hidden in the secret places of the City.

Matthew wrote his first short stories in first grade, when the books on the shelves didn't have the stories he wanted. The stories have been his constant friends since then, and they've carried him through some hard times.

He grew up in a small town where you either leave at eighteen or live there forever. He elected to leave at eighteen. Now he lives in New York City where everyone is only working as a waiter or bus driver or stockbroker until they make it on Broadway. This makes him different and special, because he's only working as a corporate compliance analyst until he makes it as a writer.

Catriona Lovett
5.0 out of 5 stars I Was Shocked, Scared, Angry -- and Then I Cried
Reviewed in the United States on August 31, 2021
Verified Purchase
There's a great evil growing in the small town of Belford.

A group of seniors begin to suspect that the sudden uptick of strange disappearances, sudden deaths, and savage murders are more than coincidence. But, they're outsiders: bullied and looked down on by other kids and singled out unfairly by teachers. The authority figures they turn to dismiss their concerns, if they'll even listen. They are on their own.

I loved this book, and I usually don't care for novels where teens are the central characters (high school is about 45 years in my rearview). But, who can't relate to kids who try to fight a supernatural enemy alone while all the adults are either hostile or going crazy?

Michael Keville has great insight into the issues that young people ordinarily deal with in high school, especially if they have differences that set them apart. I haven't cared so much about an ensemble cast of characters since Stephen King's The Stand. It astonished me to learn that it's the author's first novel.

Amazon Customer
4.0 out of 5 stars A small mill town
Reviewed in the United States on December 8, 2018
Verified Purchase
has a secret history of recurring blood and mayhem. In 1994, a group of high school students confront the entity behind these atrocities with catastrophic results. Most of the characters here are teenagers with issues ranging from drink to drugs to sex to abusive behavior. The characterization is good, but there are so many it occasionally becomes difficult to keep track of who is who. I liked the way the history was worked into the story - paraphrases and commentary on old newspaper articles.
Read more
6 people found this helpful
Helpful
Report abuse

Ben
5.0 out of 5 stars Small town, big terror
Reviewed in the United States on May 27, 2015
Verified Purchase
Hometown is a great first novel from Matthew Keville that captures the essence of growing up in a small town, particularly the one in upstate NY in which he and I grew up. (Full disclosure, we went to high school together.) The horror genre gives him an opportunity to explore the simmering tensions just beneath the apparently quaint surface: the poverty and loss of industry, the historical vs. the modern, the cool vs. the rejects, the mansions vs. the trailer parks, and the haves vs. the have nots. The novel asks us, what if what if all of the darkness buried beneath the picket fences was let loose? What if some catalyst initiated an unstoppable chain reaction of all that we have collectively repressed and oppressed?

Two main features stood out to me as excellent in this novel. The first is character development. It was occasionally difficult to pick the book up after a long day because I had grown to care about the characters, and the tension of the action was sometimes too much after after a long day! Occasionally, I just couldn't bear to see my favorites going through so much, which is the mark of a very good developing writer indeed. The characters were nuanced, especially the "good" characters, and I liked them on a personal level. I felt I knew them. The "bad guys" were utterly despicable.

The other excellent feature -- for me -- is the landscape of the town itself. It isn't going too far to call the town a character in this book, and it has that feel of something alive. I was vividly taken back to the place where I grew up, as though the town reached out and pulled me back. In that sense, this book exactly expresses the idea of Freud's uncanny or unheimlich: the familiar that turns to terror as it mixes with the unfamiliar. "The call is coming from inside the house," as it were. That is this book to a "t." We have met the enemy, and he is us.

This is the most fun I've had reading in a while. I will very much look forward to watching Keville hone his craft in further novels, and will be on the lookout for his next book.
Read more
13 people found this helpful
Helpful
Report abuse

Erin Truxell
5.0 out of 5 stars Great horror story
Reviewed in the United States on January 31, 2020
Verified Purchase
If you can get past the teenagers and get to know them they are essential to the book. They do everything typical terms do and perhaps a bit more. It is a book of horror that runs around and has for hundreds of years. People die, disappear
and old haunts come to life. Who will love and who will die or will it be the whole town. Head on over to Belford N.Y.., join the fun. Stop by the high school. You will.spend a good bit of time there. Most of all enjoy a very readable book.
Read more
One person found this helpful
Helpful
Report abuse

Lynn Craycroft
5.0 out of 5 stars Helpless thru the whole book…..until the end
Reviewed in the United States on August 31, 2021
Verified Purchase
I made alot of tears thru this book. Quite frankly an exhausting read. I kept hoping for the end to come soon…. Couldn’t handle so much tragedy. Story was great and different, characters were very real and believable. Totally unputdownable!
Read more
One person found this helpful
Helpful
Report abuse

james
3.0 out of 5 stars an anti-capitalist allegory ?
Reviewed in the United States on December 12, 2019
Verified Purchase
on one level this is just a YA horror story but is just ok. On another reading it could be an allegory about how capitalism - the Mill - devours and kills entire populations and how its evils have to be challenged in the same way that good challenges evil generally. On the other hand maybe its just wishful thinking on my part ?
Read more
3 people found this helpful
Helpful
Report abuse

Diane Drouillard
5.0 out of 5 stars Hometown.....
Reviewed in the United States on June 15, 2020
Verified Purchase
This is the first book by this author that I've read...I have to say I really enjoyed the story. The characters were believable and the story didn't feel rushed or one dimensional like a lot of books today do. If you enjoy paranormal then you will definitely enjoy this.. It has a real Stephen King feel to it...
I can't wait to read more from Matthew Keville.
Read more
One person found this helpful
Helpful
Report abuse

late night reader
3.0 out of 5 stars A good read
Reviewed in the United States on January 28, 2020
Verified Purchase
This book was decent. Characters and scenery are great. Would have liked more backstory about the entity like from the grandpa or the Indians. Got repetitive at some points when I think including more backstory would have rounded out book better. If you like horror stories I would read this book.
Read more
One person found this helpful
Helpful
Report abuse
See all reviews