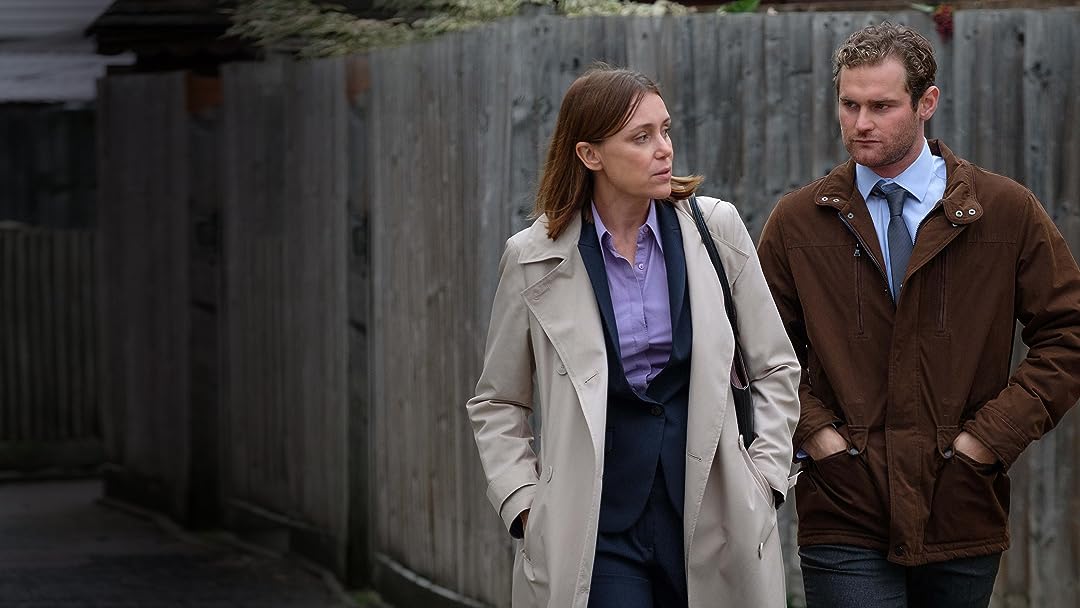 artisworkReviewed in the United States on March 6, 2021
5.0 out of 5 stars
Brilliantly done. Heavy. BASED ON A TRUE STORY - NOT A SCRIPT.
Verified purchase
Based on the true police work of Caroline Goode, and what that means is this story, Honour, is based in factual events and police work and personal accounts of the *spoiler* murder of Banaz Mahmod. The acting is superb, the viewpoints of all characters are what make this heavy, heavy story so worth watching. Banaz' sister, Bekhal really blew me away, when she had to go to trial in full black garb to stand up and speak for her sister -- the irony there -- took my breath my away. This is a heavy-hitting movie, so well done and worth watching.
7 people found this helpful

Xoe Coco KahloReviewed in the United States on May 19, 2021
4.0 out of 5 stars
Well Done!
Verified purchase
I wish I didn't know this story because it is sickening but I am proud and amazed at the team that took this case on and their passion. It felt good to just cheer on the good police that were doing their job. Though the police that the victim sought out for help prior to this team utterly failed and it is just disgusting. I also am keen on the main detective played by Keeley. She is a superb actress and I will take a chance on anything she is in. I just feel a well done is due here for the story being told to give the victim a voice. Well done!
5 people found this helpful

pclaudelReviewed in the United States on November 6, 2021
1.0 out of 5 stars
Ninety minutes of hypocrisy
Verified purchase
Rich, powerful people, who live on properties completely surrounded by electrified fences and armed guards, arrange the importation of literally millions of primitive, savage people to the UK, the USA, and elsewhere in what used to be the civilized Western world. Then their tribal cousins make films like this one, films which picture these imports' totally predictable acts of primitive savagery as somehow being the fault of slothful coppers, all of whom just happen to be white. Welcome to wokeness on display.

Meanwhile, Keeley Hawes gets to show the camera her teary face for ninety minutes while she says the f-word a dozen or so times and postures interminably about how OTHER Brits have "failed" the victim. Is this what the country that used to produce the world's finest actors now calls acting?

J E.R.Reviewed in the United States on January 12, 2022
5.0 out of 5 stars
provocative
Verified purchase
It is true that many people are familiar with the inhumane cruelty in some cultures. However, many are not: they are disbelievers in fear of being politically incorrect. This movie brings up several vitally important issues. This is not only about certain communities in the UK and the USA, and other countries. This is about all of us.

Whether there are any shortcomings in the production of this film, or not, the film is a pithy statement. The actors are courageous as everyone else participating in this work. Keeley Hawes' acting is impeccable.
3 people found this helpful

lilian ellingerReviewed in the United States on April 20, 2021
4.0 out of 5 stars
Powerful subject
Verified purchase
I did not get hung up by the "perfect acting/drama" complaints by others. There will always be 'something' wrong with any movie. The subject matter however is powerful and needs to be addressed. I thought it was handled near perfectly in showing the dragging of justice and the difficulty of research and application of said data for court.
If you are looking for a soap opera, this is not for you. If you want to learn about the difficulties of this cultural morass, then this is a good beginning.
2 people found this helpful

TLongReviewed in the United States on February 26, 2021
2.0 out of 5 stars
we've seen this before
Verified purchase
we have seen many adaptions of true events. this was pretty straight forward of the plodding that must happen to make a case. not a sit down and pay attention movie....i was sorting art supplies during...sad that 10 years later the victim's love committed suicide. oh, sorry, spoiler alert....
3 people found this helpful

V JohnsonReviewed in the United States on March 12, 2021
5.0 out of 5 stars
Will Be Glad You Watched
Verified purchase
I wish I'd known this was a true story while watching. To the point, great actors honoring their characters in real life. You feel personally involved and see how much love and dogged determination the lead detective had for her victim and finding justice. Well worth your time.
5 people found this helpful

Scottsdale WriterReviewed in the United States on December 18, 2021
5.0 out of 5 stars
Real Police Work at its Best
Verified purchase
We often take really good police work for granted. It is laborious and not as glamourous as depicted in TV series when every piece of evidence just falls into place over a few days. This movie tells the horrific murder of a young woman and the dedicated work that brought her killers to justice. Keeley Hawes is a remarkable actor and is truly wonderful in this film.
One person found this helpful
See all reviews
Back to top
Get to Know Us
Make Money with Us
Amazon Payment Products
Let Us Help You
EnglishChoose a language for shopping. United StatesChoose a country/region for shopping.
© 1996-2022, Amazon.com, Inc. or its affiliates