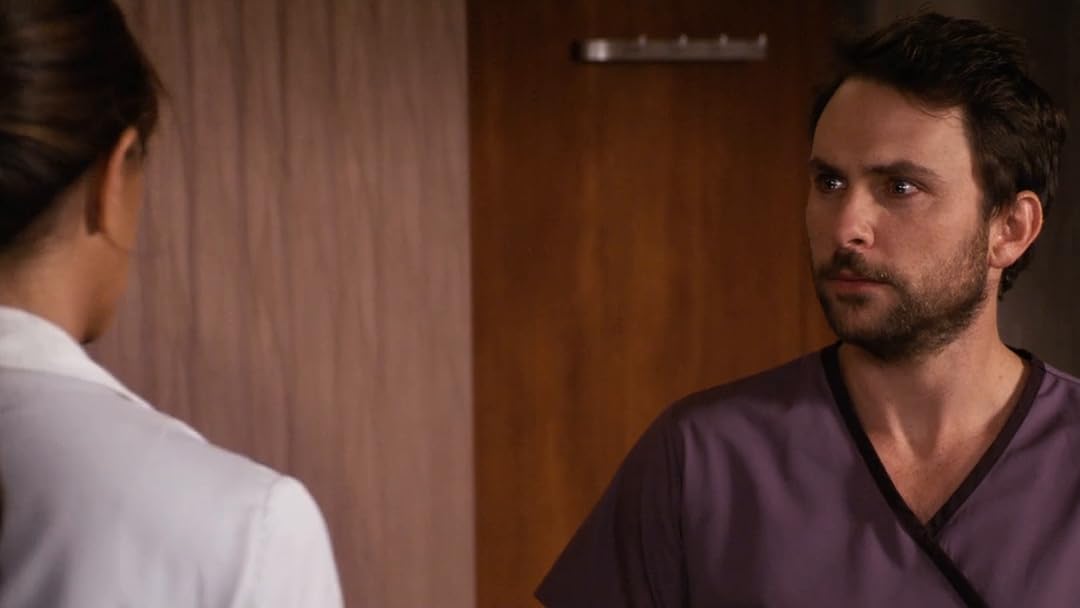 (10,554)
6.91 h 37 min2011X-RayR
Three friends, harassed, insulted, and terrorized by their bosses, devise a convoluted but foolproof plan to rid the world of their respective employers…permanently.

JellycatReviewed in the United States on October 10, 2020
1.0 out of 5 stars
The Filmmakers Have a Low Opinion of Audiences
Verified purchase
Tried hard to get into this film, and I’m very forgiving. But the way over the top scenarios, the overdrawn characters, the unnecessary nudity, and the foul and lewd language totally turned me off. I fast forwarded to the end. It was equally stupid. How talented actors could sign up to this garbage is beyond me. how a screenplay like this sells, and is made into a major motion picture boggles my mind. I guess if you write for a a few yards below the lowest common denominator, that wins the day in Hollywood. Worthless, humorless trash.
6 people found this helpful

joel wingReviewed in the United States on June 23, 2019
4.0 out of 5 stars
3 main characters 3 horrible bosses obviously the answer is to try to kill them
Verified purchase
Three main characters, Jason Bateman, Charlie Day and Jason Sudeikis and their three respective horrible bosses Kevin Spacey, Jennifer Aniston and Colin Farrell. Jason Bateman gets to work early and works overtime all to try to get a promotion from Spacey who gives it to himself instead. Charlie Day has to deal with Aniston who is a dentist and a sexual predator and constantly attempts to have sex with him despite him being engaged such as when she sprays water on his crotch. Jason Sudeikis has his beloved boss Donald Sutherland die and then the company is taken over by his drug fiend sun Colin Farrell who cares nothing about its future. Together the three workers who are best friends decide to get rid of their bosses.

The gist of the story, three regular guys think they can become killers. That’s the basis of the comedy because they have no idea what they’re doing. The comedy comes from how incompetent they all are. It has some really good writing and low brow humor thrown in as well.
C

KD Murray, M.D.Reviewed in the United States on May 12, 2021
2.0 out of 5 stars
Not Recommended
Verified purchase
Mindless entertainment that has rare (very rare) moments of humor. An unbelievable plot: i.e. a man is alone with Jennifer Aniston dressed in heels, nylons and a strategically positioned lab coat and the man screams “harassment!” when most men would scream “thank you god!”.
The acting is all too frequently way over the top. The dialogue ranges from acceptable to horribly cliche. The movie is a mess.
Not recommended.

C. SinclairReviewed in the United States on December 7, 2016
5.0 out of 5 stars
Horrible Bosses Review
Verified purchase
I watched this for the 5th time last night. I have my own movie on DVD, but I had this movie sent to my cousin's house. At Thanksgiving I had mentioned it and Christine said she had never seen it, ..... sooooooo I had it sent to their home !!!!! (aren't I nice ! ???? )
A very talented movie.
The ability of the main characters is undeniable. Charlie Day is SO flexible and so 'on point' in his scenes. He is a quick study as an actor. Jason Bateman delivers a very intimately emotional performance in his character. [ I won't continue with the other excellent actors.]

This movie is simply FUNNY. The acting is so well placed, so accurate. Jennifer Aniston is VERY funny.... They are ALL very funny.. Kevin Spacey is very, VERY believable, as a psychopathic boss. ALL the actors are totally believable, and their timing is impeccable (due to editing, or NOT).
A VERY funny movie.
If you think you might like this movie? JUST GET IT. You won't be disappointed.

Lauren M.Reviewed in the United States on February 6, 2015
5.0 out of 5 stars
I LOVE, LOVE, LOVE THIS MOVIE!
Verified purchase
I LOVE, LOVE, LOVE THIS MOVIE! My favorite parts are when Dale (played fantastically by Charlie Day, by the way) is in the car singing "They call me Hell, they call me Stacy, that's not my name, that's not my name!" And also, when the police officer tells Jason Bateman's (Nick) character, "Explain to me why you were doing 61 in a 25 zone, one block from the victims house, just moments after he was shot dead." And he replies, "I was drag racing...I'm a drag racer." And then, the other cop asks, "...you were drag racing? In a Prius?" And then, Nick replies: "I don't win a lot." And also, my other favorite part is when Dale asks MF Jones, "If you didn't kill someone, what did you do?" And MF Jones then replies, "Alright. Listen, come here. Have you guys ever seen the movie 'Snow Falling on Cedars?'" Kurt then replies, "No." Nick then replies "I've never seen it." Dale then replies "I love that movie." Nick then replies, "I have no idea." MF Jones then says: "What happened was I took a video camera into and I bootleg it. They was waiting for me right outside the exit." Nick then replies, "You did ten years for video piracy?!" And also, some other parts that I can't put on here, LOL.
7 people found this helpful

Serkan OkarReviewed in the United States on May 1, 2012
5.0 out of 5 stars
Horrible Bosses Blu-ray Totally Inappropriate Edition
Verified purchase
I think Horrible Bosses is a really funny movie; I rate it 5 star and hold it equal to some of the best comedies of the last 5 years (The Hangover, 40 year-old Virgin, Little Miss Sunshine). Considering the crude sexual jokes that seem to be prevalent in many recent comedies, I thought Horrible Bosses was very decent, except for a scene or two.

I think Jennifer Aniston was awesome, she was hot, she was funny, and her acting was great. Actually, all of the actors did a terrific job. Colin Farrell, like Jennifer Aniston, was in a very unusual role where he showcased his comedic skills which I didn't know he had. Kevin Spacey is great as usual; his portrayal of evil boss with gigantic ego was amazing (although his character gets too crazy in the end).

Totally Inappropriate Blu-ray edition has some extra scenes that are not in the theatrical release but they are not that many. I've seen this at the theaters recently and if my memory serves me rights, the following scenes are extra:

- When MotherFxxxx talks about the incident how he acquired the name MotherFxxxx, there is a flashback depicting the story
- There is an extra scene which shows Bobby having sex with some prostitutes

If you like this movie, I recommend this version (I bought it for $15 from Amazon, which I think is a great price; Target and FYE have the same version for $20).
8 people found this helpful

Alexander AkopianReviewed in the United States on November 26, 2014
5.0 out of 5 stars
5 ⭐️⭐️⭐️⭐️⭐️ For the movie and 0 ⭐️ For the dvd recording
Verified purchase
The movie itself is hilarious. No question about it. And those adolescents who believe it's not so, they must return to their Micky mouse cartoons. This movie is too much for them to understand.

When I received the movie, immediately started watching it. At 17:23 time stamp I notices that a significant segment of the movie is missing. That's the episode when the new boss of the chemical plant (Bobby Pellit) ordered the plant manager (Ken) to trim the fat (fire Hank on the wheelchair and the healthy woman). Right after revoking the handicap privilege from Hank the scene jumps right onto the dental office, whereas the part should continue to the segments where the plant manager tells Hank on the wheelchair that he's being terminated from the employment. This part is about 15 minutes in length.

Followed by disappointment, I've processed the return for an exchange with another one thinking that it might be a sheer accidental missing part. But wouldn't you know? It turned out to be a defaulted defect in recording, because the new one I've received had exact the same problem, missing a part from the movie.

I've retuned the second dvd as well and scheduled my DVR to record the subject movie then I'll transfer it onto a dvd. I'd prefer the good movie as such to be on an original dvd.

Horrible Bosses, This is 40, Identity Theft are similarly sharing the same best. ⭐️⭐️⭐️⭐️⭐️👍👍👍👍👍
And please if you haven't yet exited your adolescence, stick to game boys and cartoons such as "Micky mouse" and "Nu Pogady"
👊👊👊 I know you Star Treks and Superman, your flying saucers never reach your dreams in real life. So Keep fantasizing in your dreams to entertain yourselves in the worlds of fantasy. Hehehehe
One person found this helpful

Alexander GarciaReviewed in the United States on August 29, 2013
5.0 out of 5 stars
Absolutely hysterical
Verified purchase
Lots of twists and turns in this surprising comedy. At first you'll think you know what's going to happen -- but wait, and watch the movie to the very end, including the credits. Several in this extraordinary cast (perhaps especially Jennifer Aniston) step outside their "comfort zone" and display aspects of their personalities and acting skills that may surprise you. I find it difficult to impossible to say which actor is "best" only because so many of them are extremely good.

The "R" rating for this movie is for real, and is about the language in particular (when you have a character whose very name can't be mentioned in the trailers and reviews you know you're in that territory). Many qualities of this movie (including the screenplay, the directing and editing, and the superb original score) had to come together for it to be as good as it is -- and they do.

This movie is Hilarious. I don't know anything more to say than, if you have not seen this movie you really need to. Especially if you have a Boss who is a Butt.
8 people found this helpful
See all reviews
Back to top
Get to Know Us
Make Money with Us
Amazon Payment Products
Let Us Help You
EnglishChoose a language for shopping. United StatesChoose a country/region for shopping.
© 1996-2022, Amazon.com, Inc. or its affiliates