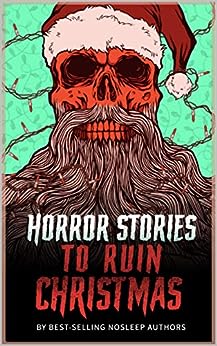 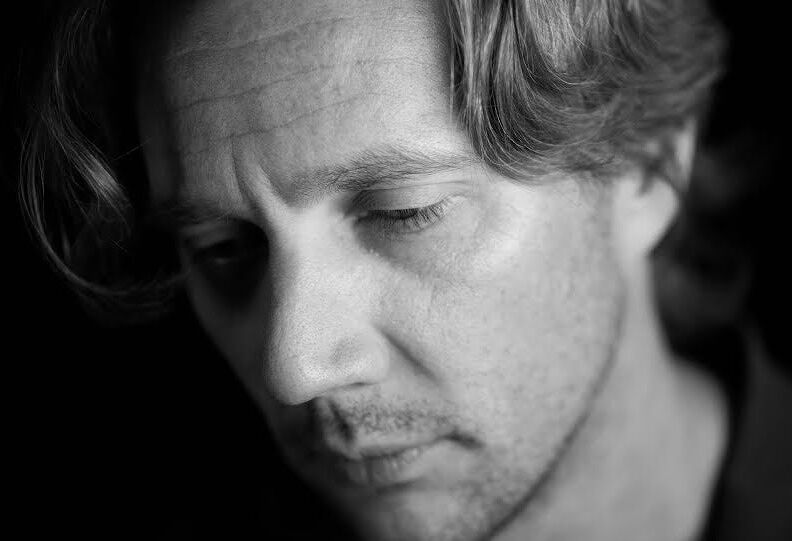 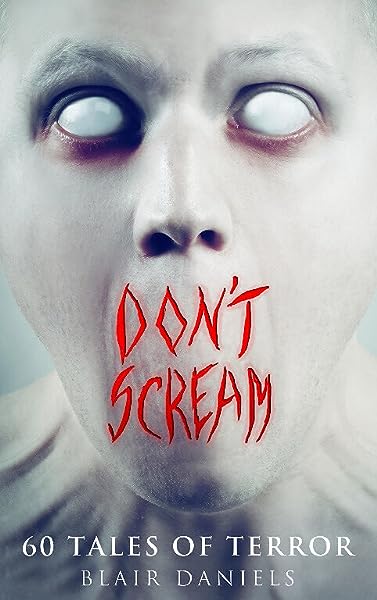 The second day of Christmas was when people started to die.

By the thirteenth day of Christmas, it was too late to go back.

Twenty-six authors combined their talents to tell the horrifying story of Serenity Falls, Wisconsin. Piece by piece, the unsettling truth is revealed, culminating in a dark secret far bigger than any single writer’s imagination. Hope and despair are doled out in unequal measures as the town’s citizens struggle to discover the painful truth.

One day at a time.

4.7 out of 5 stars
4.7 out of 5
66 global ratings
How are ratings calculated?
To calculate the overall star rating and percentage breakdown by star, we don’t use a simple average. Instead, our system considers things like how recent a review is and if the reviewer bought the item on Amazon. It also analyzes reviews to verify trustworthiness.
Top reviews

Andrew
2.0 out of 5 stars Very dull and amateurish
Reviewed in the United States on February 8, 2020
Verified Purchase
Not quite sure where all of the good reviews are coming from, but this is so poorly written. Not a good plot and just has “shock” blood moments that I guess is supposed to be scary. Very meandering and just not a fun read. I guess you get what you pay for, but I’d look elsewhere for horror stories.
Read more
6 people found this helpful
Helpful
Report abuse

WENDY K SHERRILL
5.0 out of 5 stars Great Read, Individual Stories Join to Make an Overall Completely Intertwined Nightmare!
Reviewed in the United States on May 22, 2019
Verified Purchase
If you’re a fan of nosleep’s finest, you’ll love this book! It’s a quick, great read that’s full of twisted tales that are truly unpredictable and interwoven beautifully to make one overall cohesive horror story! I’m not even sure how 26 different authors could do this, but I’m glad they did! I hope they do it every Christmas, it would be my guaranteed gift to myself!
Read more
3 people found this helpful
Helpful
Report abuse

Gloria J. Finnegan
4.0 out of 5 stars Dark but good.
Reviewed in the United States on September 21, 2019
Verified Purchase
Kinda dark. But like it.
Read more
One person found this helpful
Helpful
Report abuse

Marcell jones
5.0 out of 5 stars Great Book!
Reviewed in the United States on July 2, 2019
Verified Purchase
All of the stories are unique, and are bone chilling. This is a great read
Read more
3 people found this helpful
Helpful
Report abuse

Christine E. Taylor
5.0 out of 5 stars Disgustingly Great!
Reviewed in the United States on May 12, 2019
I highly recommend not reading this during the holidays as it might never make you look at your neighbors the same way ever again. Written by the best of the best the way the individual authors weave their stories into one disgustingly amazing tapestry left for the very end. You won't see all the twists coming, you won't know how it all plays out and you definitely won't know the why until the very very last pages.

A quick an enjoyable read, not too much detail to bog you down, but enough to show you each horrific picture the visuals the story creates stick with yu long after the final story. You just cannot be prepared for each story, and it keeps propelling you forward until the final conclusion.

Even through the horror, the very last story leaves you thinking, maybe I should be more aware of my surroundings.

Well done collaboration, each writer's style blends together seamlessly without you realizing they were written by different people, but enough different to keep you interested.

But - do not read while eating.

The Peregrine Skyhawk
5.0 out of 5 stars A truly twisted Christmas!
Reviewed in the United States on May 20, 2019
I took it upon myself to reformat, embellish, and cross-link the 26 Frights that plagued Serenity Falls for my personal entertainment and I am left speechless! Not only at the way the story was arranged but also by just how smooth production was. It drove home some very painfully-learned lessons about running something this big. As a coauthor of this and our series once said, "Don’t make deadlines. Don’t make schedules. Write a complete story."
Anyway, about the story as a whole, I was there during its gradual development and my immediate impression was just how gritty and realistic it was. No ghosts or haunted animatronics or supernatural bull. A TON of crying children though! It just comes to show that human monsters can be more frightening than any eldritch thing.

What stood out to me more than anything was the two-pronged approach the authors took to this, which honestly had to be pretty tough. Not only did the Day stories need to gradually build upon one another while remaining distinct enough to make the puzzle of putting the pieces together that much more interesting, they ALSO had to be paired with a corresponding Night story that illuminated another perspective of the whole situation and led to its explosive conclusion. Some of these Night stories also went above and beyond, explaining what immediately followed their corresponding Day.

Who knew that something so delightfully monstrous could arise from a rage and madness borne out of a misplaced sense of justice or revenge? Without revealing too much, it was especially intriguing how seemingly-innocent characters turned out to have closet skeletons of their own, and how the web of conspiracy played out, making it a game of figuring out who caused what. It gets real "Game of Thrones" sometimes and reminds us that no town is truly safe from insanity.

On a more serious note, I also wish to commend the authors for their resolve and determination to keep going even in the face of loss and adversity. Kyle Alexander was meant to be one of us as well, as a follow-up to his work on Alphabet Stew, and his death affected us especially deeply and significantly impacted the already-troubled production of our second installment. Regardless, just as we continue to see our project to its end if only to continue to earn and honor his memory and his life's work, I salute the courage and determination the 26 authors behind the Serenity Falls saga bravely demonstrated throughout this season and beyond.

As the fourth-largest collaborative project of this nature on Reddit, the authors that were brought together truly outdid themselves, and delivered a Christmas present that no one saw coming. I highly recommend this series to anyone who enjoys creepypastas or the kinds of material seen on nosleep. Will it give you nightmares and make you queasy? Well what did you expect? Is it worth it, though?

DISCLAIMER: I am the founder and lead author of a series of my own on another subreddit. I've been helping out on nosleep with contributions to the Alphabet Stew and Skinner Foundation series. I received a free copy of this book via Booksprout for the purposes of reformatting, embellishing, and cross-linking the 26 Frights that plagued Serenity Falls for my personal entertainment. I leave this review of my own volition
Read more
2 people found this helpful
Helpful
Report abuse

jk
5.0 out of 5 stars Incredibly dark and scary
Reviewed in the United States on May 8, 2019
An absolutely fantastic anthology featuring some of the best writer's of the NoSleep community. Walk through 13 days, and nights, of Christmas in Serenity Falls as the body count rises and hope fades. The talent of the authors is on full display as things get darker and the fate of Serenity Falls in finally revealed.

Was lucky to get a review copy e-book of this one, but will be buying a physical copy as well. It's too good to pass up! If you want to see the best writing from the internet's best collection of horror writers, this is the book to start with!
Read more
One person found this helpful
Helpful
Report abuse

Rebecca Levine
5.0 out of 5 stars Ho-ho-horrifying
Reviewed in the United States on May 8, 2019
I read this series on Nosleep when it was first released and absolutely loved it, so I was beyond incredibly excited to see that it had been published! Each author in the collection did a wonderful job, and the way the stories were interwoven together left me mesmerized and wanting to make charts and spreadsheets of all the intricate connections. Equally as stunning as the writing and plot and character development are the phenomenal illustrations, each creepier or more intriguing than the last!

Even though Christmas is months away, this book scared the hell out of me. I definitely recommend it to anyone looking for something to keep their mind fascinated and frightened in equal measures.
Read more
One person found this helpful
Helpful
Report abuse
See all reviews

Josie
5.0 out of 5 stars I want more stories from Serenity Falls now.
Reviewed in the United Kingdom on May 20, 2019
Verified Purchase
As a big horror fan and an avid follower of the /r/nosleep community I knew immediately that I had to get my hands on this book when heard about it being published and I was lucky to get a review copy e-book of it. I am certainly not disappointed and did of course buy a copy too.
It's definitely a book that is hard to put down but why would you want to? Following 13 days of the citizens of Serenity Falls and their not so ordinary lives you almost feel as if you're a part of the community itself and are faced with awe as you read about the horrible things that happen in this small town. Every page you turn reveals another little secret or mystery and at the end when you realise how well the 26 stories from the different authors are so well woven together you can't help but wonder how they pulled this off. Would give more stars if I could.
Read more
Report abuse
See all reviews