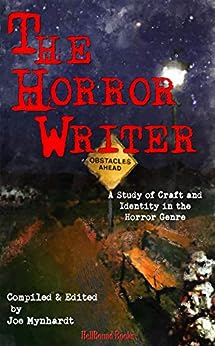 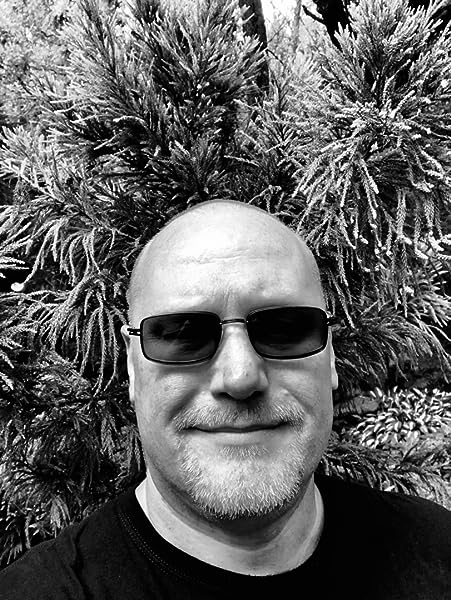 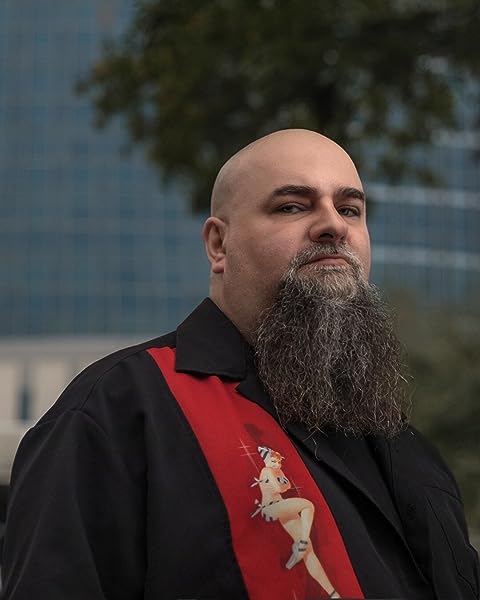 The Horror Writer: A Study of Craft and Identity in the Horror Genre Kindle Edition

We have assembled some of the very best in the business from whom you can learn so much about the craft of horror writing: Bram Stoker Award© winners, bestselling authors, a President of the Horror Writers' Association, and myriad contemporary horror authors of distinction.

The Horror Writer covers how to connect with your market and carve out a sustainable niche in the independent horror genre, how to tackle the writer's ever-lurking nemesis of productivity, writing good horror stories with powerful, effective scenes, realistic, flowing dialogue and relatable characters without resorting to clichéd jump scares and well-worn gimmicks. Also covered is the delicate subject of handling rejection with good grace, and how to use those inevitable "not quite the right fit for us at this time" letters as an opportunity to hone your craft.

Plus... perceptive interviews to provide an intimate peek into the psyche of the horror author and the challenges they work through to bring their nefarious ideas to the page.

And, as if that – and so much more – was not enough, we have for your delectation Ramsey Campbell's beautifully insightful analysis of the tales of HP Lovecraft.

J.N.Cameron
5.0 out of 5 stars A ton of great advice for all writers!!!!
Reviewed in the United States on January 21, 2020
Wow...I stink at writing reviews, but I just wanted to say how much I appreciated the advice provided by the contributing authors. It's too much to cover here...just read it! I'm recommending this to all my writer friends in all of the workshops I attend. Every single essay is deserving of your attention, but here are a few gems.

"...your unconscious mind is infinitely greater than your conscious mind. Just let the story pour out. There will be plenty of time for nitpicking and second-guessing later." - Bret McCormick (page 165).

"If the ending isn't working, that means there's something wrong with the beginning." - Lisa Morton (page 20)

"If you want to be a writer, stop f***ing about on Facebook. Write something, then write something else. You'll get stronger with every story you write." -Kevin J. Kennedy (page 49)
Read more
6 people found this helpful
Helpful
Report abuse

Catherine J. Cole
5.0 out of 5 stars A Book on the Craft of Writing Horror in Present Times
Reviewed in the United States on June 10, 2020
I have found many books on the craft of writing general fiction, fantasy and science fiction, but not many on the craft of writing horror. It was, therefore, a delight to come across this new book on writing from Hellbound Books.
I believe it will be especially useful to new writers of horror, as it gives insight on what some of the masters and professionals who have made it have to say about the genre.
The book is by no means an academic text on the history of horror fiction meant for the classroom. This is an anthology of essays by professional horror writers and interviews with some of the top authors out there with varying topics that cover everything from identities represented in the genre to podcasting tips meant to shed light on the current trends in horror fiction, ways of getting published, means for networking and promotion, finding your own voice, writing emotional stories that connect with your readers, avoiding cheap scares, and using everything at your disposal in your writer's toolbox to create the best stories you can tell.
Some of the greats have contributed to this book on the craft, including Ramsey Campbell, John Palisano, Stephanie M. Wytovich, Jasper Bark, Lucy A. Snyder, Richard Thomas, Lisa Morton, and many others, plus interviews with authors Stephen Graham Jones, Mort Castle, David Owain Hughes, and Steve Rasnic Tem. Learning tips from the best is invaluable to new writers.
The best part is, these writers speak our language. The essays and interviews are for you, horror film trivia master, avid bookworm, videogame slasher extraordinaire, scare enthusiast, and Halloween lover. They are written for our time in history; for our complex, modern, diverse, politically-impeccable, tech-savvy society. We would do well to listen and apply as needed. If you are getting your wooden stakes, flamethrower, knife, and chainsaw ready to embark on the horror writing journey, do yourself a favor and read this book.
Read more
3 people found this helpful
Helpful
Report abuse

Traveling Ed
4.0 out of 5 stars Not just about Horror
Reviewed in the United States on June 10, 2020
My only complaint is this book is that the title and blurb mislead. It is less a book of horror writing than a collection of essays on writing in general. In fact, many of the essays in this book have nothing specifically to do with horror writing. They address general issues, such as productivity, dialog, structure, dealing with rejection, and other writing elements that aspiring writers must deal with regardless of genre.

I'm not quite certain what is meant "craft and identity" in the subtitle. There is one essay that deals with gender identity, perhaps that is it. Again, the essay is good, and deals with a very real issue for writers, but it isn't really about horror.

Even the interviews are mostly about writers and the writing life, rather than about horror fiction. "Jump Scares: Creating Tension Without Gimmicks," is a notable exception. This is the kind of thing I expected to find the book filled with.

The dissections and analysis of horror fiction, such as Lovecraft's work are useful, and some of the interviews let aspiring writers get a sense of the challenges (and dark, mysterious places) that lie ahead of them. That's a good thing too.

If you want to be a horror writer, there is much here worth reading closely.
Read more
2 people found this helpful
Helpful
Report abuse

Desmond White
5.0 out of 5 stars TL;DR An excellent anthology
Reviewed in the United States on May 28, 2020
“The Horror Writer: A Study of Craft and Identity in the Horror Genre” is a comprehensive resource on writing horror. Interviews and essays cover a variety of topics, from inspiration to productivity, literary elements to the industry. Advice ranges from storytelling tips to how to exacerbate a reader’s sense of existential dread to how to publicize your book in an oversaturated market. I especially liked Chat Lutzke’s instructions on how to hook the reader through empathetic, universal fears, Kenneth W. Cain’s near-prose essay on maintaining tension, and Kevin J. Kennedy’s frank, personable, and immensely useful observations about the writing industry. I could go on, but then I’d be spoiling this collection’s treasure trove of good information. Overall, an anthology for both the emergent and well-established writer (and not just those seeking to write horror).
Read more
2 people found this helpful
Helpful
Report abuse

Cassandra L. Thompson
5.0 out of 5 stars Wonderful resource!
Reviewed in the United States on June 2, 2020
Being a horror writer, I was initially curious about this book and ended up being pleasantly surprised by how much I enjoyed it. Not only because of the helpful tips and advice from Bram Stoker Award winners, bestselling authors, and those who hold their own in the horror genre, but because the book helped me feel connected to a community, with people who like what I like, who write how I write. Community is an incredibly powerful experience and this book provides that feeling.

I also enjoyed the pieces of advice sprinkled throughout the book, such as writing tips (pacing and dialogue) and helpful information about publishing and building your brand. This is definitely a book I would recommend to any horror writer - beginner or seasoned.
Read more
2 people found this helpful
Helpful
Report abuse
See all reviews

MikeC
3.0 out of 5 stars There are a couple of good essays in here.
Reviewed in Australia on November 22, 2020
Verified Purchase
I bought The Horror Writer: A Study of Craft and Identity in the Horror Genre as I thought it sounded like a fantastic resource for new and emerging writers of horror stories to help them discover tips and tricks to help them craft stories that packed a punch. I didn't find that it read that way. There were some interesting essays and ideas but nothing groundbreaking or new to me. Maybe I've read too many 'how-to' guides over the years.
Read more
Report abuse

Lyndon D. Johnson
5.0 out of 5 stars BEST BOOK FOR NOOBS AND INTERMEDIATE HORROR WRITERS
Reviewed in Canada on March 8, 2020
Verified Purchase
This book is probably the best writers guide of the craft I've ever read. Down to earth, honest advise and tips from some of the best indie authors in the Horror genre.
Read more
One person found this helpful
Report abuse
See all reviews