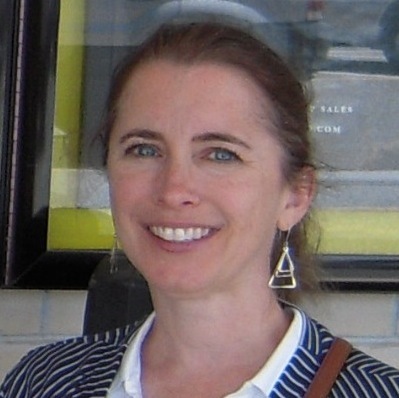 by Catherine Hapka (Author), Ruth Sanderson (Illustrator)
4.8 out of 5 stars 319 ratings
Book 1 of 16: Horse Diaries series
See all formats and editions
Sorry, there was a problem loading this page. Try again.

Elska is a silver dapple Icelandic filly. She spends summers frisking about the countryside and winters in the farmyard, where the girl human Amma takes special care of her. But when a powerful neighbor notices Elska, her contented life suddenly changes. Here is Elska’s story . . . in her own words.
Read more
Previous page
Next page

Catherine Hapka has written more than 150 books for children and young adults—many about horses, including several in the Saddle Club and Pine Hollow series. A lifelong horse lover, she rides several times per week and appreciates horses of all breeds. She lives on a small farm in Chester County, Pennsylvania.

Ruth Sanderson has illustrated books for children of all ages, including Summer Pony and Winter Pony. She lives with her family in Ware, Massachusetts, and her favorite hobby is horseback riding.

4.8 out of 5 stars
4.8 out of 5
319 global ratings
How are ratings calculated?
To calculate the overall star rating and percentage breakdown by star, we don’t use a simple average. Instead, our system considers things like how recent a review is and if the reviewer bought the item on Amazon. It also analyzes reviews to verify trustworthiness.

Chanindra
5.0 out of 5 stars Great for younger readers
Reviewed in the United States on December 26, 2014
Verified Purchase
Got this for my youngest daughter who loves horses. She is going to be a teenager come next year and I am trying to encourage her to read more. She is ADHD and severely dyslexic and struggles at times trying to read and write. When I saw this short and engaging story I thought perhaps it would help her gain the same love of reading me and my other girls share. I saw this as an opportunity and got it for her for Christmas. I was a little apprehensive at first but she looked it over and said she really likes it and will be trying to read it. I promised her if she did I would get her the rest of the series and she seems eager which I think is great.

In fact just earlier this evening me, my husband and the girls were all playing a game on the computer (ok my daughters were playing we were watching but still you get my point) and I looked around and did not see her(my youngest) and asked where was she. My oldest says she was in the other room sitting there reading a book. She was sitting and reading this book we gave her without us making her or prompting her at all! That was the best Christmas gift I could have ever asked for and I got it by giving this to my daughter. I can not wait to hear her tell me all about the story later.

Heidi S.
5.0 out of 5 stars Bought it for my daughter, I loved it too.
Reviewed in the United States on July 10, 2013
Verified Purchase
I bought this book for more insight about the Icelandic horse breed. My 10 year old daughter is currently using an Icelandic horse for 4H this year and stumbled upon this book in Amazon while trying to find books about Iceland. This one caught my eye and I bought it for her. She read it quickly then said, "Mom you have to read this!". So I did. I loved it. Wonderful little story about a girl and a horse. It reminded me of the "Little House on the Prairie" books. Illustrations seem similar and writing style and content too, except, the story comes mostly from the view of the horse, not the little girl. It was a good read. Safe and good.
Read more
10 people found this helpful
Helpful
Report abuse

J. Shinn
5.0 out of 5 stars Perfect Introduction to a Perfect set of Books
Reviewed in the United States on November 5, 2013
Verified Purchase
My daughter, at 7, is smitten with horses and to find books that are written in the horse's perspective is awesome! She really enjoys the fact she gets entertainment from the book, but also gets a history lesson at the same time. There's great information concerning the breed of horse the book is about as well as information on the era and location the horse lives. In this case it's Iceland around the year 1,000 and Elska is an Icelandic filly.

The book is written in chapters and introduces children to the complex stories of multiple dialogue, switching scenes, etc.

David W. Klippel
5.0 out of 5 stars Fantastic book. Madison Klippel
Reviewed in the United States on September 2, 2013
Verified Purchase
Everyone should read this book this book is sad in the middle but at the end it is a happy ending.
If you have any or want any Horse"s you should read this book.
If you have any but you still don"t like them you should not.
There is a horse named Elska and she is a foal.
She travels very far and then she learns about humans and then she stays with the human
Then she gets gifted (given) to a neighbor and Amma her owner cry"s because her father gave Elska away.
And this story like all horse diary books this book is written in the horse"s own words.

Marguerite Poll
5.0 out of 5 stars Great
Reviewed in the United States on February 19, 2021
Verified Purchase
Great and lovable for someone to have a great adventure for any age
Read more
Helpful
Report abuse

Nana G.
5.0 out of 5 stars Great horse story
Reviewed in the United States on May 6, 2014
Verified Purchase
This is the first book in a series. If the child in your life loves horses or stories, this is a good series for an 8 year old. There are many pony/horse stories for those even younger. I think my granddaughter has every horse series in print. She is enjoying Horse Diaries #1. I bought #2 and #3 to have on hand when she needs it. She enjoys reading every evening.
Read more
2 people found this helpful
Helpful
Report abuse

Jennifer Reid
5.0 out of 5 stars enjoyable
Reviewed in the United States on January 22, 2014
Verified Purchase
My 3rd grade daughter was introduced to these books by a friend and they're perfect! She loves horses and these stories are being narrated by the horses in them. They're educating by also being a period peice. Because she loves these stories so much, I don't even have to tell her to go read, she makes the time because she enjoys the story lines so much. I imagine we'll get all of the sequels by some point in time.
Read more
2 people found this helpful
Helpful
Report abuse
See all reviews

Somerset reader
5.0 out of 5 stars too short!
Reviewed in the United Kingdom on January 15, 2015
Verified Purchase
My 9 yr old daughter devoured this book, if only they were longer and less expensive! Now on number 2....
Read more
Report abuse

Ann
5.0 out of 5 stars Good buy
Reviewed in the United Kingdom on June 20, 2012
Verified Purchase
My 7 year old daughter couldn't put this book down and finished it in 2 days. She now wants to collect the other books in this series.
Read more
One person found this helpful
Report abuse

S & N
5.0 out of 5 stars My granddaughtee loved it!
Reviewed in Canada on November 20, 2021
Verified Purchase
Present for my granddaughter for practice reading.
She loved it!

Amazon Customer
5.0 out of 5 stars The perfect book to encourage my horse loving granddaughter to read.
Reviewed in Canada on January 24, 2018
Verified Purchase
Was a Christmas gift for a granddaughter who doesn't usually like to read much. She started reading it on her Christmas break and actually enjoyed reading it. It helps that she loves horses. I have since ordered her 2 more "Horse Diary" books.
Read more
One person found this helpful
Report abuse

Kindle Customer
5.0 out of 5 stars Very good
Reviewed in India on October 27, 2020
Verified Purchase
This book is very inspiring. It has inspired me alot. Once yo start reading it you cant stop. It is simply impressive.It is best for nine -ten year old girlws
Read more
Report abuse
See all reviews
Back to top
Get to Know Us
Make Money with Us
Amazon Payment Products
Let Us Help You
EnglishChoose a language for shopping. United StatesChoose a country/region for shopping.
© 1996-2021, Amazon.com, Inc. or its affiliates