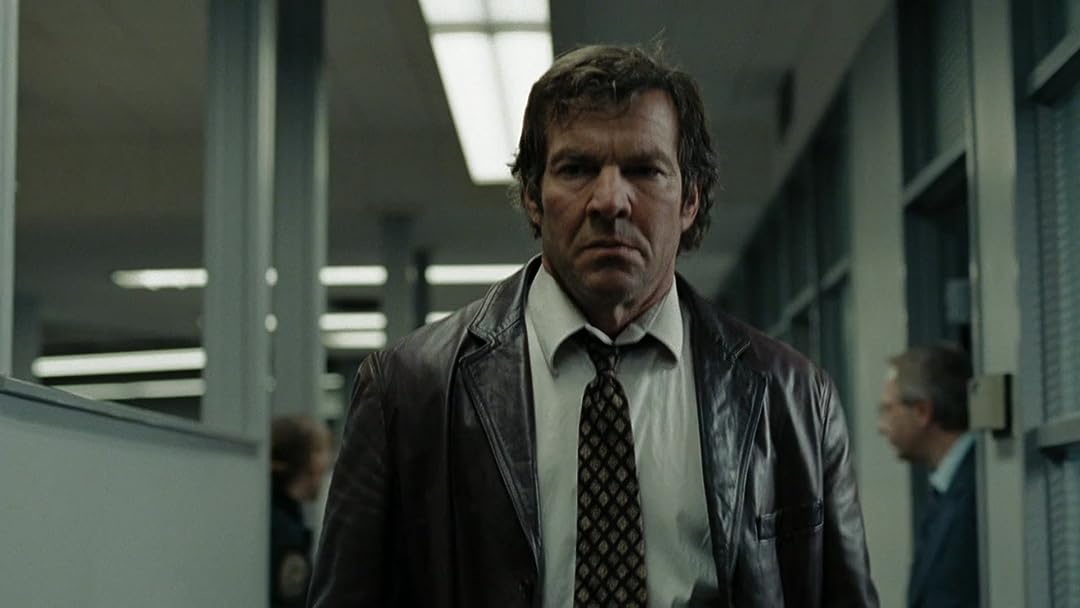 (594)
5.51 h 30 min2009R
HD. Troubled detective Dennis Quaid delves into a series of ritual murders connected to the biblical four horsemen of the apocalypse.

Kira S.Reviewed in the United States on October 15, 2019
2.0 out of 5 stars
Thinly disguised torture porn
Verified purchase
How do you get away with hanging people from giant fish hooks and gutting them and removing organs and teeth and still claim to have a "meaningful" movie? You base it on Revelations from the Bible and have the Four Horsemen of the Apocalypse (not really, even they admit they're not the real Horsemen) as the villains. The excellent performance by Ziyi Zhang can't save the movie, although I enjoyed watching her, especially when she reveals who she really is. I agree with the other reviewers who complained about the ending. It was very unsatisfying. I won't say don't watch this movie, just be aware of what you're getting into. There are a lot of gross and gory scenes. WARNING: SPOILERS, DON'T READ FURTHER IF YOU HAVEN'T SEEN THE MOVIE. The people involved in the murders or sacrifices or whatever you want to call them all blame someone else for their actions. Every day children are neglected and/or abused but most of them still live law-abiding lives, even though they may not function at the level they would have if they'd had a better childhood. Even parents who try their best to be a good parent are only human and they are going to screw up from time to time. Every generation has to deal with imperfect parents. Those who allow their parents' mistakes to completely ruin their lives bear some of the blame for that themselves. Part of growing up is accepting that everyone, including parents, are human and make mistakes.
28 people found this helpful

omar becerraReviewed in the United States on November 3, 2019
1.0 out of 5 stars
dark hollywwod
Verified purchase
wasn't raised in this culture, but having children born in America, this makes me sick to my stomach, no wonder we watch horrible things and crimes at night, on the so-called news, is like conditioning the public, for an epic, gran finally, blaming the parents, the media with manipulated news, blaming the elected officials, blame blame blame, the machinery of the film industry since WWII. first the 50, the American dream, short-lived, then the liberations movement and the rights for everyone to go to work, for the need pf consumerism, the destruction of other countries because they are communist or denied their resources, now the Chinese capitalist...I don't go to movies or watch tv, nothing but trash, I did watch this, to confirm my theory.... 11 9 the wall of berlin comes down, end of the cold war...use the day first, and the announcement to all in the twin towers, warned 911, the two towers of the Soll and bones is coming down replace with a pyramid, the new world order...Hollywood is the predictable, propaganda, conditioning machine, for the masses to accept and not to even suspect or question those behind everything...and yes Mr. Smith, ready to call me crazy
18 people found this helpful

HU7Reviewed in the United States on October 28, 2019
1.0 out of 5 stars
Lame horse. Poor Dennis.
Verified purchase
I love Quaid and Zhang. But they should never have jumped on this monstrosity headed straight for the soap factory. You know things aren't right when you start having to fast forward through EXTENDED torture scenes that are completely gratuitous. Then you figure out who the big baddie is about fifteen min into the film. And then it gets increasingly more ridiculous as it keeps going. I watched the whole thing because I was busy doing something else - it doesn't even work as background entertainment. Ugh.
16 people found this helpful

EmmieReviewed in the United States on October 15, 2019
2.0 out of 5 stars
Not believable. Plot holes everywhere.
Verified purchase
I hate movies in which the main characters just act stupidly. He gets his son down but doesn't call for paramedics? He sees an empty living room but doesn't clear the rest of the rooms? I could go on but never mind.
I don't like Dennis Quaid. He always just over acts enough to be a pain. The priest was ridiculously cast. I loathed the Asian girl. She was just annoying. Was she trying to portray herself as completely out of her mind but just ate the scenery? Why did she turn herself in? Why did she cut the fetus out of her mother? Why did Dennis Quaid let a 7yr old look at crime scene photos of such a twisted murder? Dennis Quaid's character was neglectful enough to warrant a visit from child services.
The explanation of how the murderers met was not believable. And there are thousands of sad kids, neglected or abused who are willing to commit murder? Become serial killers? What was the apocalype? Terrible storyline full of holes and much too gruesome.
The guy who played Dennis Quaid's partner gave the best performance.
Just bad enough to make me wish I had turned it off.

Priscilla BallouReviewed in the United States on January 23, 2018
2.0 out of 5 stars
Silly dark thriller with plot that is not believable
Verified purchase
Really quite silly dark thriller with a plot that is not believable. Silly because who would believe all they threw into it? "Who done it" was quite obvious after a little while. The movie is an ongoing torture (of the viewers' intelligence) with holes in the plot you could drive a Mac truck through and ghastly over acting by one of the stars. As a vehicle for Dennis Quaid, a chance for him to show off emotionalism, it had some success, but no-one who was so intelligent in some respects, as his character was, would be so astoundingly stupid in other respects, and I cannot imagine that anyone as badly damaged as his character was would have been allowed to continue in such a responsible position. Skip it. Two stars instead of one because they pronounced Revelation correctly -- not pluralized.
15 people found this helpful

Tuan PhamReviewed in the United States on July 10, 2021
1.0 out of 5 stars
Trying to describe problems only happen in America?
Verified purchase
The movie tries too hard to describe a social/family problems that probably only happen in America. The intention of the movie is so unclear because it's so poorly written. Thriller? Not really. Crime drama? Not really. Social justice? Not really.
Despite poorly written scripts I have to acknowledge that the problems are probably real, but only happen in high "Human Development Index" countries like the USA. My suggestion? Send those people with problems to third world countries like Vietnam or Congo and their problems will be reduced to one single problem: Find enough food to put in their mouths. They would not be so depressed because of their parents are too busy working. They would not need to see them everyday as long as the parents bring home some foods for them to put in their mouth, and there are no other problems to think of. And if they don't have to work to support themselves by the age of 10, they would considered themselves the luckiest in the world.
2 people found this helpful

Kindle CustomerReviewed in the United States on July 18, 2021
1.0 out of 5 stars
Trite and Predictable
Verified purchase
(Contains one Spoiler). Standard fare; crazed killers ruled by demons who end up... shocker!! after the lead detective's family, for no explicable reason. And a characterization by Dennis Quaid that is embarrassing. Unshaven, leather jacket, then leather long coat, all dark and ominous, apparently designed to substitute for any actual character variation - and a totally wasted "side kick" who should have refused to have his name associated with the film (Clifton Collins, Jr., a terrific actor though you'd never know it from this garbage). Only finished out of respect for Mr. Quaid, though had to stop several times and come back to it. This film does not serve him well. Obviously trying to knock off the "genre" of gruesome thriller, and fails badly in the process.
One person found this helpful

Christopher H.Reviewed in the United States on September 29, 2019
3.0 out of 5 stars
Ritualistic thriller
Verified purchase
It was a pretty good movie with Dennis Quaid and other good actors/actresses. Some parts didn't make some sense but, That's why they are called fillers for a reason. My only complaint about the movie is the ending. Like many movies on Amazon, they just end without rhyme or reason and I find that very irritating. It had potential too be a great movie but, it almost feels like they ran over budget so they just ended it. It is however worth the watch
5 people found this helpful
See all reviews
Back to top
Get to Know Us
Make Money with Us
Amazon Payment Products
Let Us Help You
EnglishChoose a language for shopping. United StatesChoose a country/region for shopping.
© 1996-2022, Amazon.com, Inc. or its affiliates