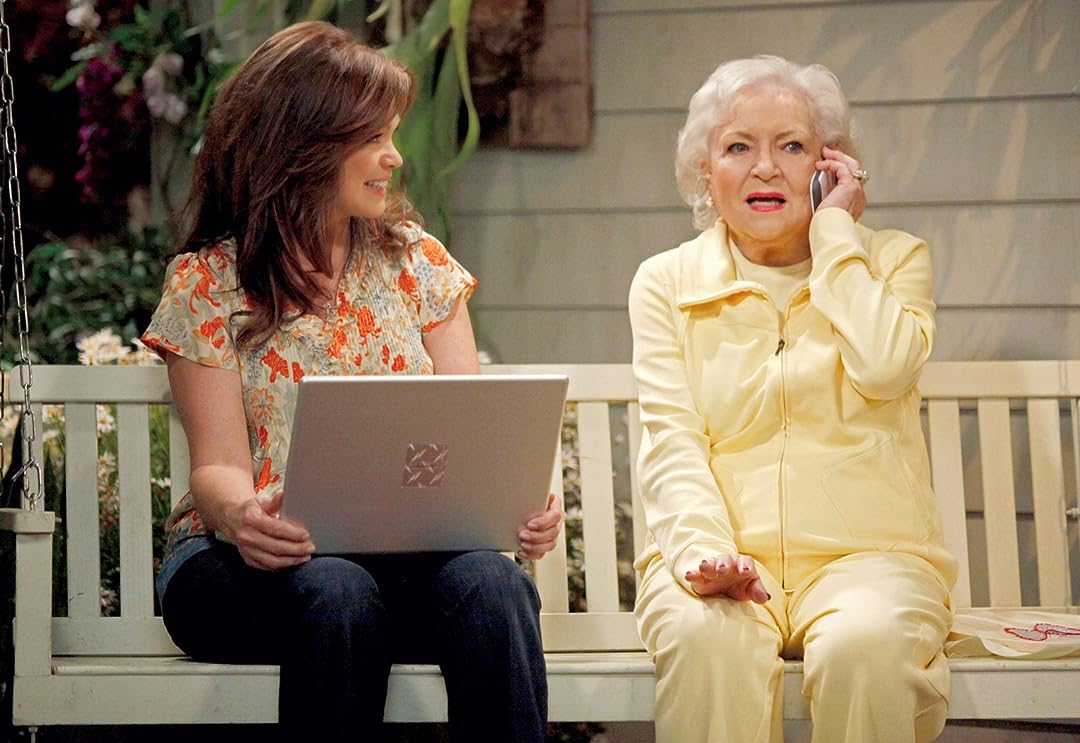 DrJoeyReviewed in the United States on December 25, 2016
5.0 out of 5 stars
I have a major announcement to make...
Verified purchase
To quote one actor...I have an major announcement to make: This show is amazing. Most of my enjoyment is because of the actors. To see icons of TV history every week is satisfying. Valerie is a beauty. Jane is such fun to watch...those legs. Wendy has the most amazing body. Betty...the world is blessed with her in it. The physical is part of my enjoyment. It is the talent that keeps me coming back. Each is an amazing actor.

Each plot is just plain damn fun. If you want to enjoy 22 minutes of pure pleasure, I recommend the 6 seasons.

Nic DisassemblyReviewed in the United States on April 23, 2014
5.0 out of 5 stars
Great show
Verified purchase
WARNING, SPOILERS BELOW. I've just discovered this show in its current season 4, and it's both pretty hilarious and as well as a pleasant surprise. I am now catching up on season 1 on Amazon Prime On Demand Video. The jokes and writing are very well done and the actresses are definitely in tune with their characters. Betty White, who initially seemed like a secondary side character to female lead Valerie Bertinelli is actually the soul of the show. She keeps everyone on their toes both in and "beyond" the 4th wall, almost like a tributary homage to Estelle Getty from the Golden Girls, but if Estelle had played Rose instead of Sophia. Think Marcy from Married...with Children mixed with Mr. Furley from Threes Company. The situations/conflicts have their own voice as well and do not rely on outlandish circumstances but instead every day quirks and normally "boring" challenges (ie getting a grandson into a prestigious private school, dealing with an unplanned pregnancy). Even some serious topics are challenged (aforementioned pregancy turns out to be a tumor). It's not necessarily the proverbial "world's collide" sitcom, but that is what makes it refreshing.

D. BrookshireReviewed in the United States on April 3, 2015
5.0 out of 5 stars
Wonderful!
Verified purchase
I had heard good things about Hot in Cleveland, and this first season more than lives up to what I heard. Funny and warm hearted, and also a bit (maybe more than a bit) risque. Very funny. The four leads are a wonderful ensemble, each with her own distinct personality. Good scripts and what might be perfect direction. Why perfect direction? Because the camera -- more than is usual, I think -- tracks the actors' reactions to what others are saying. The individual silences are an important part of the show.

I particularly enjoy Jane Leeves, remembering her from Frazier and appreciating seeing her portray a different character in a different way. But singling her out is almost unfair, since everyone's performance is so accomplished.

The Old CrackpotReviewed in the United States on January 22, 2011
5.0 out of 5 stars
Finally, a show worth putting on DVD
Verified purchase
I haven't watched episodic TV in several years now. The "comedies" have degenerated into a string of off-color jokes at the expense of one of the characters, frequently mean-spirited. Frazier was the last show I watched weekly. When TV-Land announced "Hot in Cleveland", I assumed it would be a low-budget bit of fluff and ignored it. Well, was I ever wrong!

After channel-surfing into the lead-up to season two, I decided to get the season one DVD. What a treat! My wife and I have watched all but the final episode and we are hooked.

The cast is exceptional and the writing is excellent. Are the situations contrived? Is the humor formulaic? Does Betty White get most of the snappers? Of course. --But it WORKS! I enjoy this show as much as Dick Van Dyke, MTM, Taxi, Cheers, or Frazier.

The only downside to season one is that it has too few episodes.

[In case you're wondering, Cleaveland lost its "a" because it was too long for the local paper's masthead.]

Michael SmithReviewed in the United States on June 20, 2013
5.0 out of 5 stars
One of the best...
Verified purchase
One can only hope that this is a series which out-lasts the "network's" decision-makers. There hasn't been enough of this sort of entertainment in years, which is comedic, and yet not so blatantly offensive as to alienate a prospective audience base. Betty White has been a cornerstone of character-based comedy for a great many years, and the entire cast complement one another to the "nth" degree. Can't help but hope they've got many more seasons ahead of them! Jane Leeves has a storied career, and a production company she formed with Peri Gilpin (Roz, from "Frasier") and is an accomplished comedic, as well as dramatic actress. Wendie Malick and Valerie Bertinelli's talent speaks for itself! There is also an unannounced surprise guest star in nearly every episode which serves to add to the hilarity. You go, girls!
One person found this helpful

FlossiesmommyReviewed in the United States on July 4, 2013
5.0 out of 5 stars
Watch!
Verified purchase
This is a very cute show, and now I get what all the hoopla is about. I love the premise - 3 women friends from LA, who have varying levels of fame, have to spend the night in Cleveland after their plane has troubles & has to land there. They are shocked when, in a local bar, they realize the men are not only attracted to them, but are polite and kind...then they notice all the "normal" people around..."people who eat!" One decides to stay there, and soon talks her friends into staying. Betty White shows up as the caretaker for the rental house, & it is she who makes the show work; she's the icing on their cake. Watch it - you will feel better afterwards, w/all those happy hormones floating around!
2 people found this helpful

M. ThompsonReviewed in the United States on January 23, 2012
4.0 out of 5 stars
Hilarious
Verified purchase
A friend and neighbor suggested this series to me so I watched a few episodes and was hooked. I also knew my sister would love it too so I ordered the DVD's for her for Christmas. All four ladies on their own are funny but together they are hilarious! The first episode (pilot) is a must see for you to understand how these four ended up in Cleveland. After living in California (for three of them) Cleveland seems almost like a foreign country. Episode after episode the topics and resulting humor just keeps you laughing. Betty White is of course a delight and her off color remarks crack me up and you can even see the other actresses trying to keep character.
One person found this helpful

Andrew L. TeffReviewed in the United States on May 1, 2014
5.0 out of 5 stars
Hot in Cleveland Season One is my Favorite!!!
Verified purchase
This is my favorite season. The dialog is fresh and clever. All the characters are instantly likeable and form a great ensemble. "The play's the thing" where Victoria directs high school shakespeare is hilarious. Johnny Revere is hot as her love interest in a few episodes. Joy always struggles to get the right guy. She's so pretty to look at and dresses in hot little outfits! Betty White plays a real pistol, initially calling the girls prostitutes and hookers. When referring to her boyfriend, she spouts " i may be chained to the fence but that doesn't mean I can' bark at the cars " Melanie is very adorable in these early episodes, especially with her cop boyfriend, her married boyfriend, and her ex-husband. She is the impetus to the move to Cleveland, where they stand out as special women who are very attractive. And its all funny!!!
See all reviews
Back to top
Get to Know Us
Make Money with Us
Amazon Payment Products
Let Us Help You
EnglishChoose a language for shopping. United StatesChoose a country/region for shopping.
© 1996-2021, Amazon.com, Inc. or its affiliates