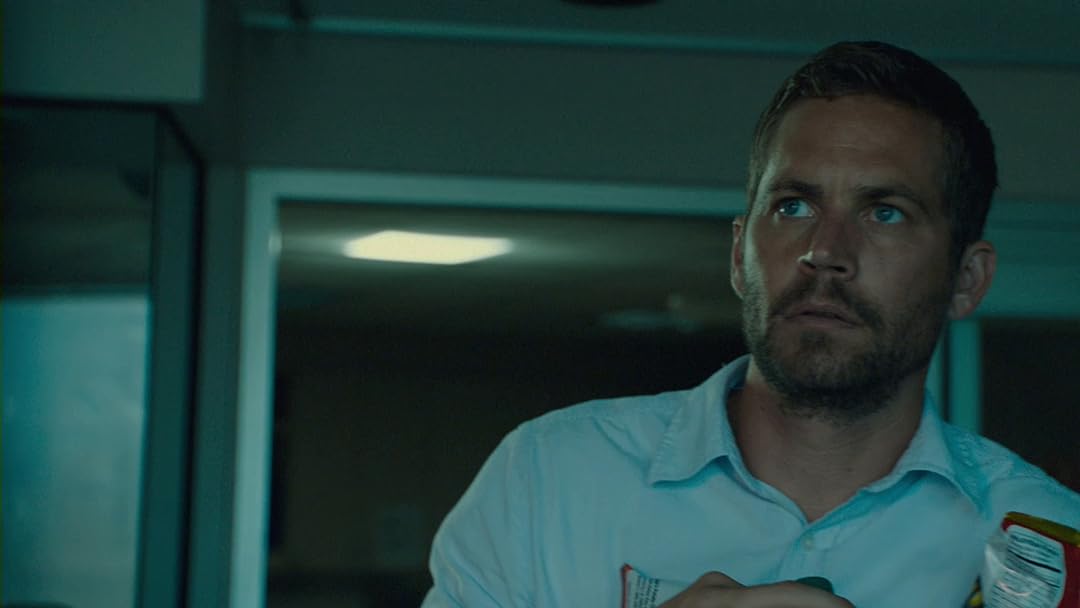 Amazon CustomerReviewed in the United States on July 11, 2018
1.0 out of 5 stars
Tried, but just couldn't like this movie.
Verified purchase
Sadly, the more I watched this movie, the more annoyed I got. I kept hoping it would improve, so I kept watching it until the end, but there was almost nothing about this that was believable in this movie. It was pure fiction, so they could have done any story line they wanted, but I don't know what the heck they were thinking. For a movie that moved so slow, you'd think they could at least have made some sense with the scenes, but it didn't. Whether it was his 5 minute excursions with only 1 minute left on the battery, but magically making it back in time (several times), or instantly finding a "wind up machine" that would (of course) connect to medical equipment and charge it! (umm, if it had a battery like a car in it that could be charged with 3 winds of the machine, then why didn't he take the battery from the ambulance and replace the bad battery?) And then in the basement in the generator room when he electrocuted himself standing in water and instead of dying he fell unconscious in the water but miraculously woke up and made it back to the room all in 90 seconds, just made me laugh. Or when he only had a minute of time left, but he would stop and talk and analyze something with no sense of urgency, made me wonder if he forgot what the story line was about. But the worst part was the ending. It's like the writers just quit, and the last person running the camera said, oh, I guess lets just end it right now. Sorry folks, but skip this one and go watch some paint dry. (At least that is believable.)
18 people found this helpful

Timmy The TigerReviewed in the United States on September 30, 2018
5.0 out of 5 stars
One of Paul Walker's best performances
Verified purchase
I didn't know if I would like this movie, but I watched it because I like Paul Walker. But woah! It was so riveting to watch. They didn't make it about the water, they showed how people were trapped without having to deal with the water directly. How they could die from human immorality or neglect. Paul played it perfectly; a new Dad dealing with so much at once, son of a cop, who would do what was necessary, but yet wasn't a vigilante or superhero. As a parent of a (former) preemie I truly appreciated this movie.
6 people found this helpful

Jerry FReviewed in the United States on July 9, 2015
5.0 out of 5 stars
A good thriller - a small Walker gem
Verified purchase
A gritty, dark movie that seems to touch home with what came happen in desperate situations. Nolan is faced with the devastation of loosing his wife and learning that his newborn daughter is premature and unable to breath on her own. He must regroup and overcome his despair in order to save his daughter's life and his will to continue - as New Orleans suffers through the havoc of Katrina.

The hurricane brings some very challenging elements into play. First, there is the sheer devastation of Katrina's physical forces on the hospital where Nolan and his daughter find themselves, along with hundreds of others, both medical staff and patients. Then, after the hospital is evacuated, we see the darker elements of human nature play a factor as the looting begins.

The theme of family and survival is always present. Ironically, the bond that is formed between Nolan and the stray dog "Sherlock" becomes very important as a new "family" element.

Paul Walker is exceptional as Nolan. A gifted actor who can make you "feel" what his character is feeling across the screen. Well known for his bigger roles in The Fast and the Furious series and in Eight Below, this is a small gem that most can appreciate. Génesis Rodríguez gives a very creditable performance as Nolan's wife Abi. Though limited in time on the screen, she brings forth the elements which makes her character so endearing.

All in all, a good, somewhat artistic movie. As a thriller, it offers a good balance of stress, uncertainty, and hope.

Update: I would give it 4.5 stars, but Amazon doesn't offer me that option, so I went with 4 stars. After further thought, I've decided to "round up" and go with 5 stars.

Amazon CustomerReviewed in the United States on February 12, 2020
1.0 out of 5 stars
Not entertaining, had to fast forward through it
Verified purchase
This movie is well acted by Paul Walker, but the movie itself is not entertaining at all. The whole movie he's just trying to keep the machine (that his baby is depending on ) running in an empty hospital (b/c everyone evacuated already during the storm). It is a long drawn out footage of the same thing. There is nothing exciting about this movie. It was so drawn out and boring, that I actually just fast forwarded through it. I would skip. Even this being a free movie, I would still skip.
3 people found this helpful

M. WhiteReviewed in the United States on January 25, 2015
5.0 out of 5 stars
Insightful and Great Acting By Paul Walker
Verified purchase
Very good movie, it had me staying with it to find out what was going to happen next and what the outcome would be. If you're one who can come from a place of empathy, you'll probably enjoy it. It was presented very realistically, his baby, as many babies were, were born during Hurricane Katrina. The baby needed to be on a ventilator, eventually the hospital power went out, lower levels of the hospital flooded and it was evacuated. By just about everyone, but the baby couldn't be moved safely; she couldn't be taken off the ventilator.

Daddy stayed with her, had to find ways to keep her going, had to make attempts to get rescued, he was on his own to survive in essentially an abandoned hospital.

The storyline touched on how looters entered the hospital, not to help anyone, but in search of drugs and food. To think this story could have very well been true. To think how many were really left in hospitals in Katrina, how many died because they couldn't be provided care. I found this to be a very eye-opening movie that gave insight into what it would have been like to have been a hurricane victim. This movie has me counting my blessings.
5 people found this helpful

Steve BubbenmoyerReviewed in the United States on May 7, 2015
4.0 out of 5 stars
Paul is outstanding!
Verified purchase
To say this is Paul Walker's movie is an understatement. Now I see what all the fuss is about where he's concerned. His performance was riveting. The movie was filled with tension and Paul's wonderful acting made it so. There isn't near as much action as I thought there would be, but there's a lot of suspense and anticipation, which grips you from beginning to end. The movie takes us back to the Katrina Hurricane and all the chaos that went with the disaster of the storm. Through surprising and traumatic action, Paul's character is forced to protect his new-born premature baby against all odds. To watch him carry this out tugs at your heart and you root for him. Paul's acting takes this from what could have been a boring movie, to a place where it's anything but boring. And of course, he couldn't be hotter!
One person found this helpful

D. WilliamsReviewed in the United States on September 8, 2015
4.0 out of 5 stars
Sad, but also uplifting, thank you Paul Walker
Verified purchase
I put off viewing this movie because I didn't want to see Paul Walker since I felt so sad about viewing any movies with him after his death. I finally looked at this one, and this impressed me very much since it was an almost solo performance in a very different role for him. The story of a father fighting his own overwhelming grief over losing his wife so unexpectedly and not even noticing that the world around him was coming to a grinding halt as New Orleans drowned during Hurricane Katrina, and yet his one focus became the survival of his newborn baby daughter through extreme conditions, is a very moving story about life, death and rebirth. It is such a beautiful story, I'm very glad that I watched it.
2 people found this helpful

Amazon CustomerReviewed in the United States on April 8, 2014
5.0 out of 5 stars
Paul, you will live on in my Heart and the Silver Screen
Verified purchase
Why did I choose this rating. ANY MOVIE WITH PAUL WALKER is a 5. Period. Not only was he talented, but in all the interviews I ever read he was a Man you WANTED to know. Hollywood underrated him. Yes, the "Fast & Furious" franchise put him on the map, but lest we not forget "The Lazarus Project", "Running Scared" and "Joy Ride." Even "Noel." When I heard about "Hours" all I knew was it was direct to DVD. All I knew was Paul Walker was starring in it. I placed the order to Amazon in 3 minutes. If you're looking for "Fast." No. If your looking for "Joy Ride." No. This amazing, beautiful man gives a acting tour de force, in what is an incredible film. He literally pulls you in with his soft, yet attention getting voice. Sometimes no words are needed, his eye's pull you in to the emotional state he is in. If you are a fan, if you loved this Man as I did/do and appreciated his superior acting ability, you owe it to yourself to add this to your collection. It's unforgettable. And neither is Paul. R.I.P Paul and Thank you.
3 people found this helpful
See all reviews
Back to top
Get to Know Us
Make Money with Us
Amazon Payment Products
Let Us Help You
EnglishChoose a language for shopping. United StatesChoose a country/region for shopping.
© 1996-2021, Amazon.com, Inc. or its affiliates