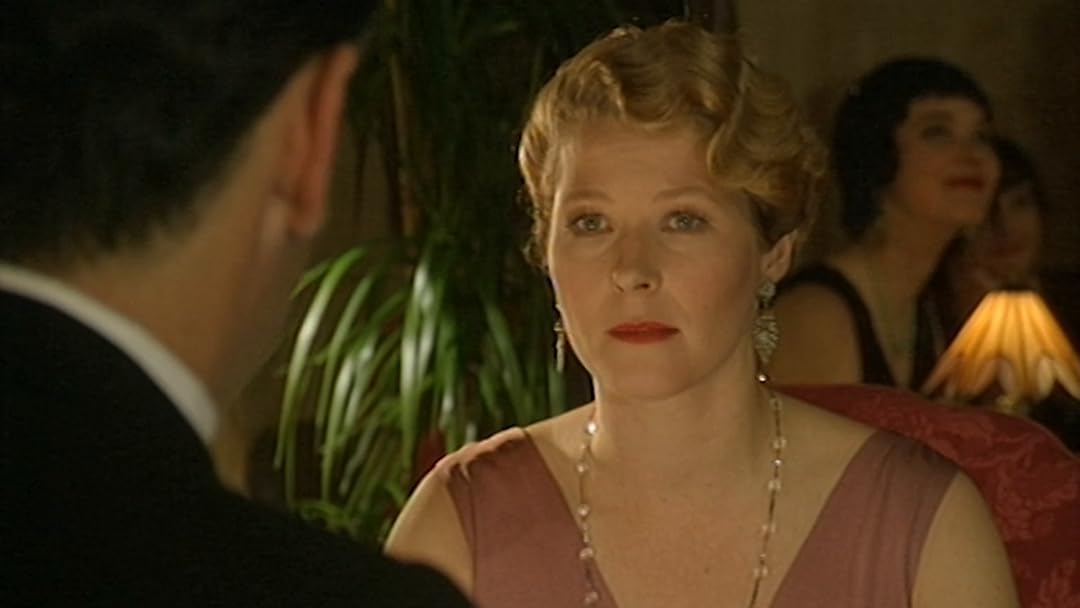 The House of Eliott

(75)
1994TV-PG
Evie and Bea are back in London after their runaway success in America. But they discover that business in London has suffered in their absence.

A. J TerryReviewed in the United States on July 26, 2006
4.0 out of 5 stars
For the Modern Woman
Verified purchase
On viewing Series 3, I was struck by how well the producers targeted all three series to the late 20th-century-middle-class-working-woman-viewer. The House of Elliott is all about work problems: Establishing a career with insufficient formal credentials, working in a man's world, finding out who you can trust in business, working with people you dislike who are nonetheless valuable contributors to the business, supervising people who dislike each other, being hit on by male coworkers and business associates, juggling your demanding career with the often conflicting demands of a husband's or boyfriend's, juggling motherhood and work, and dealing creatively with work emergencies. In Series 3, lower-class working conditions, and socialism as a potential solution, are major new themes.

There is also more emphasis on the demands of motherhood (Bea and Tilly have babies) and on previously minor characters, especially on the home lives of House of Elliott employees. The pace is frenetic compared to the first two series, with lots of multiple plot lines and quick shifts back and forth between them, unnecessarily dramatic camera angles, dropped situations, and overall too much going on. All the characters make major life and in some cases personality shifts. Tilly becomes clinically depressed. Bea's new boyfriend Daniel rapidly evolves from an arrogant, callous, resentful, self-centered, exploitative jerk (he's even a gigolo) to a sensitive, caring guy who makes major sacrifices for Evie. Evie's rejected boyfriend Miles apparently turns from being a sweet, caring, sensitive, generous guy to a shark trying to take over the House of Elliott. Is this really a science fiction series where their brains got swapped in the night?

Every single one of the plots ends up as a cliffhanger. Will Tilly and Norm become employed again? Will Agnes leave the House of Elliott to become a full-time music hall singer? Will Jack succeed in his new career as a socialist politician, and will Bea be able to cope with being a politician's wife? Will Donald be happy with all the sacrifices he has made for Bea? Will Miles end up running the House of Elliott? And many more . . . but most of all, will the new rift between Bea and Evie (who throughout this show have always been closer to each other than to any husband or boyfriend) ever heal?

Stay tuned for Series 4: Except, as far as I can tell, there wasn't one. Nonetheless, fans of Series 1 and 2 will certainly want to watch Series 3.

Oh, and the clothes are great.

libriarsqueReviewed in the United States on March 17, 2016
3.0 out of 5 stars
Not completely thrilled, but glad I bought it anyway
Verified purchase
I have to say right off that my copy, like the one belonging to a previous reviewer, had sound problems—constant diminuendos and crescendos, now you hear them, now you barely can.

I'm an ardent fan of the first two seasons (or "series," in Brit-speak). Characters memorable, story lines engrossing (for the most part), writing good, costumes stunning. And while I enjoyed this third season/series, truncated as it is with no final resolution, I missed the intimate feeling that pervaded the first season, which focused mainly on the two sisters and their personal and professional growth. Watching the third season, I found myself not caring very much about the story lines that were either outside of or only obliquely related to the sisters, namely, Jack's political career (shame, really, because I'm very fond of Jack), but that was only a minimal negative. I agree with another reviewer about the sudden turnabout of Miles' and Daniel's characters—didn't make much sense, and, in Miles' case, was very disappointing, as I liked Miles a lot until the last episode. The Madge/Charles romance was rather sweet.

All considered, I'm glad I finally bought the third season (I had only seen it once, when it aired), but BOOOO on the cancellation and unresolved "ending"!
One person found this helpful

S. BeckerReviewed in the United States on July 11, 2006
4.0 out of 5 stars
Brilliant series, poor quality sound on DVDs
Verified purchase
This is the 3rd installment by Acorn Media of the "House of Eliott". I bought series 1 and 2 in this format from Amazon too and gave them 5 stars. They were great quality. Unfortunately, something seems to have gone wrong with the transfer to DVD this time - namely the sound. Throughout most of the episodes it oscillates from loud to quiet every couple of minutes (within the same scene), making constant adjustments of the volume necessary. The picture quality is good however with colour balance and sharpness up to standard.

It is a shame that this seems to be the only DVD version of series 3 available so far. Because of that, I recommend buying this product anyway and putting up with the sound, because the series itself is brilliant. "The House of Eliott" is a must for anyone who loves BBC period dramas. It is made with the same attention to detail and brilliant storylines as "Upstairs Downstairs".

As far as extras go, there isn't anything here that wasn't on the previous sets - a scene index and cast filmography. I suppose that is partly because this was filmed before things like DVD "bonus features" existed. But in short, I say buy it and enjoy it, and try to relax about the sound issues.
18 people found this helpful

Katherine BonentiReviewed in the United States on September 5, 2006
5.0 out of 5 stars
House of Eliott - Series Three
Verified purchase
This is a beautiful series and I would continue to buy any sequels that come out. It's worth owning just to look at all of the beautiful costumes and is a must for anyone who loves fashion. Stella Gonet and Louise Lombard are every bit as gorgeous, charming and utterly feminine as they were in series one and two. What a wonderful escape to watch these two lovely sisters evolve and grow in their respective lives. Contary to what I read in some of the other reviews, I had no sound problems at all with the set that I bought and considered both sound and visuals to be first rate. At the conclusion, matters are left unresolved and I don't think there is a series four. But there is a book and a book-on-tape (narrated by Stella Gonet who played Bea) entitled "A House at War" by Elizabeth O'Leary. There are some inconsistencies in it, but it is worth reading or listening to and it brings a sense of closure to "The House of Eliott."
32 people found this helpful

IreneRBReviewed in the United States on February 2, 2014
5.0 out of 5 stars
Worth the purchase!!!
Verified purchase
It might not have been meant to end after 3 seasons, but I still enjoyed it tremendously. After season 1 I appreciated the further expansion to an upstairs-downstairs character development. This time in history was greatly affected by WW I and the advancement in mass production and the modern age. I thought the show was enhanced by including these elements in the plots. I continued to enjoy Stella Gonet's fine acting while tolerating Louise Lombard's self-conscious posing and lackluster performance. Aden Gillett is a delightful actor, as are most of the "downstairs" cast.

victoriaReviewed in the United States on September 22, 2015
5.0 out of 5 stars
House of Eliott, is house of Fashion
Verified purchase
House of Eliott is a great series. Start with series one and add the rest until you reach the end. I have watched this many times and it never gets old. If you love fashion and the 1920's, this series is for you.

sbtierReviewed in the United States on July 28, 2006
3.0 out of 5 stars
series ran out of steam
Verified purchase
I loved the first two series, but the third is very different. For a story about a fashion house, there is strangely little about fashion in this series. There is far too much about Jack's failed directing career, Jack's failed journalism career and Jack's political career. There are a few good little subplots about Tilly, Agnes, and the others from the workroom that I actually enjoyed more than the plots regarding Evie and Beatrice, which seemed to be retreads from the first two series. The grand finale of the showing of the latest collection was a big letdown compared to the other series.

The production values for this series were also noticably lower, especially the sound. Be prepared to keep your hand on the remote to make frequent adjustments and do rewinds a few times to hear the lower-volume conversations.
21 people found this helpful

Helen HunterReviewed in the United States on November 18, 2014
5.0 out of 5 stars
I'm loving Series Three, too, but I know ...
Verified purchase
I'm loving Series Three, too, but I know from looking ahead that the show was cancelled and that this series doesn't have an ending. Obviously the producers thought they were going to continue. I wish they would. I'm going to make up my own ending to the show!
See all reviews
Back to top
Get to Know Us
Make Money with Us
Amazon Payment Products
Let Us Help You
EnglishChoose a language for shopping. United StatesChoose a country/region for shopping.
© 1996-2022, Amazon.com, Inc. or its affiliates