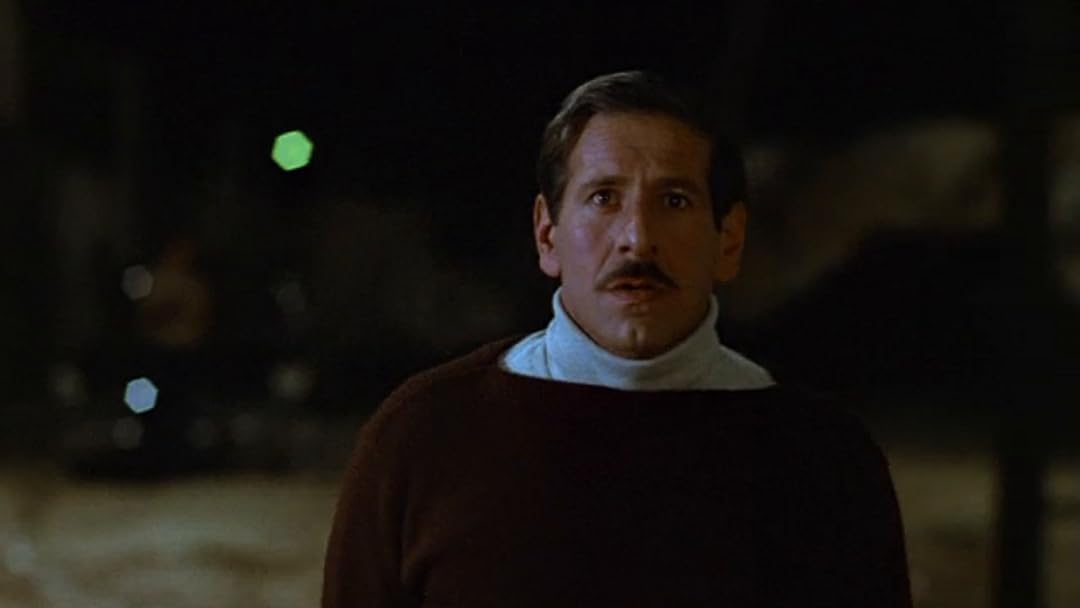 Watch with ScreenPix
Start your subscription
Add to
Watchlist
By ordering or viewing, you agree to our Terms. Sold by Amazon.com Services LLC.
Write review

DeejayReviewed in the United States on July 6, 2021
5.0 out of 5 stars
The REAL story of the capture of Eichmann
Verified purchase
This video is based on the best selling book by Isser Harel, the Mossad chief who planned and carried out the capture of Adolf Eichmann in Buenos Aries in 1960. It is accurate and compelling viewing. The cast is superb with Martin Balsam as Harel. The viewer is "right there" during the planning, capture, and delivery of Eichmann to Israel. It is better than "Operation Finale" from 2018, because genders were not changed for the sake of political correctness (the doctor in Finale for some reason became a woman.) It is also a true account of the operation, unlike 1961's "Operation Eichmann" with Werner Klemperer as Eichmann. That was a work of fantasy, except for the fact that Eichmann was located and captured. "The House on Garabaldi Street" is the one you want to watch if you want historical accuracy.
3 people found this helpful

joel wingReviewed in the United States on March 17, 2022
2.0 out of 5 stars
Had a great story and the wirters couldn't do anything with it
Verified purchase
This movie is about the Israeli abduction of notorious Nazi Adolf Eichmann. The story goes through stages, the plotting, sending a team to Argentina, etc. I have to say there was little tension or excitement in the plot. Even when they grab him it just goes off as a dud. That’s the problem with the whole movie. It falls flat. It’s pretty incredible that they had this amazing story and the writers couldn’t make it interesting. It was a real shame.

Pamela J ParizoReviewed in the United States on June 25, 2016
4.0 out of 5 stars
I love this movie
Verified purchase
I love this movie. Dynamic account of how the Israelis found Adolf Eichmann and smuggled him out of Argentina. Good acting; Martin Balsam is calm and effective as the leader of the Mossad team while Topol gives a moving performance as the Auschwitz survivor who must overcome his personal hatred to carry out the team's mission. Janet Suzman and NIck Mancuso are effective supporting members of the team. Alfred Burke, the actor playing Eichmann gives a chilling performance as the man who ordered thousands murdered. The storyline remains focused, though it lends an underlying theme of Latin American complicity in sheltering escaped Nazis.
6 people found this helpful

John ChandlerReviewed in the United States on January 13, 2013
3.0 out of 5 stars
Terrible acting but a decent tight script
Verified purchase
As a made for TV movie on VHS one should not expect too much. Actually the script and general direction is pretty good and the subject matter of great interest. The color and sound are more than adequate. The let down is the acting, especially Topol. He was brilliant in Fiddler on the Roof but here he is stilted and seems to lack confidence. Perhaps this type of drama is just not his scene. The others were no more than acceptable which is a pity as this had the potential to be much better. Despite these faults this is well worth a watch and it is a pity it has not been released on DVD. The Man Who Captured Eichman with Robert Duvall is rather better but both are a good take on a spectacular catch.
2 people found this helpful

Jobu88Reviewed in the United States on July 31, 2016
3.0 out of 5 stars
A good movie about a facsinating subject.
Verified purchase
A good portrayal of the real-life mission to find, kidnap and transport Adolf Eichmann back to Israel to stand trial. It has a very mid-1970s look to it, and it was a TV movie rather than a theater movie so it has no profanity or nudity which honestly is a point in its favor, but it also has a much lower production value than a theater movie would have. Everyone in it does a pretty good job with their roles. No overly sentimental or cheezy lines, no romantic sub-plot to drag it down. All in all a pretty good movie.
One person found this helpful

Clear Lake ManReviewed in the United States on April 7, 2021
4.0 out of 5 stars
Classic
Verified purchase
What the Mossad did back in 1960 was not just seek justice for victims but helped prevent the establishment of a Fourth Reich. Not too many original or neo-Nazis wanted to keep a high profile after Mossand started hunting Nazis.

Sue W.Reviewed in the United States on September 27, 2020
1.0 out of 5 stars
Would not play
Verified purchase
Might be a great movie. I would not know, because the DVD would not play on either of my working DVD players.
One person found this helpful

MollyReviewed in the United States on May 4, 2014
4.0 out of 5 stars
the HUNT for Eichmann in South America~ 4 STARS~
Verified purchase
PLOT: Israeli continue to search for Eichmann and find him.

1960~ The continued hunt for elusive Nazi Adolph Eichmann. When a "tip" is received by Israeli Intelligence about a man in Buenos Aires that could be "Nazi Adolph Eichmann" one of the most involved in the mass genocide of the JEWS in Nazi Germany. Eichmann escaped and few clues are found where he is. The Mosad/ Israeli Intelligence are soon looking in Argentina for Eichmann who just moved to a new address. Using tips and clues they end up at Garabaldi Street and set up surveillance. The Germanic family are soon ID as the Eichmanns....set up 3 safe houses and a clever plot to take Eichmann back to Israel to stand trial is moved forward when they successfully kidnap him. But his lack of remorse and slanted Nazi views have all the agents wanting to finish him before a public trial. Excellent cast with Nick Mancusco, Janet Suzman, and Martin Balsam. the excellent and well planned escape make this very worth the watch. 4 STARS also see the Man Who Captured Eichmann....another good movie.