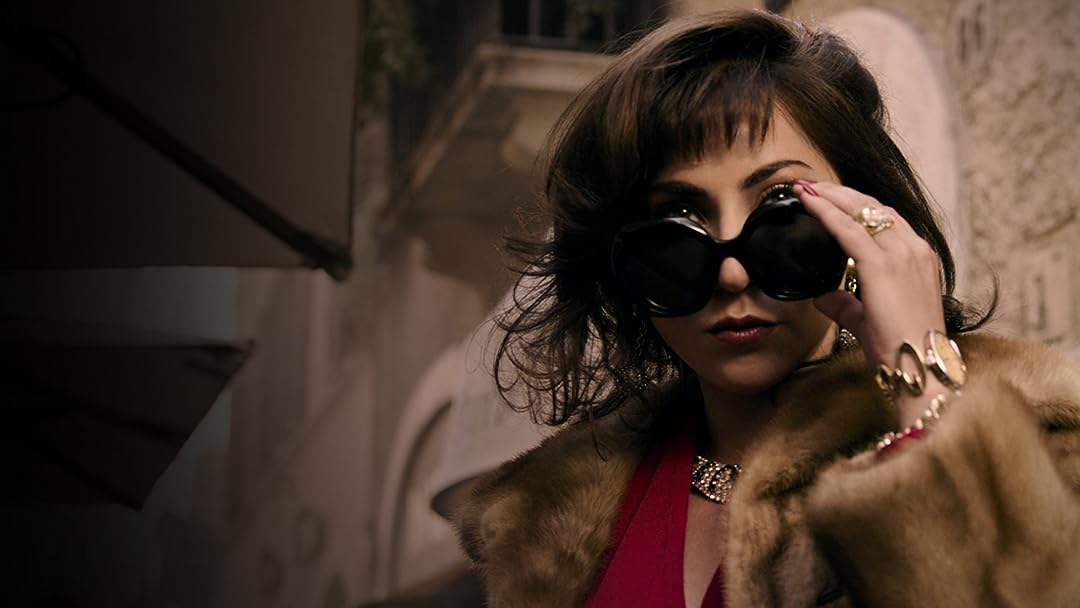 (23,885)
2 h 37 min2021X-RayUHDR
When Patrizia Reggiani, an outsider from humble beginnings, marries into the Gucci family, her unbridled ambition begins to unravel the family legacy and triggers a reckless spiral of betrayal, decadence, revenge, and ultimately-murder.

CIReviewed in the United States on February 6, 2022
1.0 out of 5 stars
Awful!
Verified purchase
Terrible fake accents! This movie embodies perfectly how Americans see Italians, rather how Italians really are. I'm surprised Mario and Luigi weren't part of the cast.
108 people found this helpful

DirectorReviewed in the United States on February 23, 2022
2.0 out of 5 stars
A B Movie
Verified purchase
This is one of those films that wanted to be an A but is a B. Aside from Pacino (A all the way), the cast, make-up, accents and script are sloppy. It's insane that B movies such as House of Gucci and Being the Ricardos are being nominated for major awards. They are pure schlock, fake art, imitations and the majority of the public can't seem to see the difference.
77 people found this helpful

Pam B.Reviewed in the United States on February 3, 2022
1.0 out of 5 stars
A Big Snoozefest!
Verified purchase
To me this movie was very slow and boring and long! Yes, there are a few beautiful scenes in the movie,
but I do not see what all the hoopla is about. It is a movie about a family that has no business sense and
everything goes wrong for them. If you have a particular interest in the Gucci family, watch the movie,
but as I said it was too boring for me.

Maple SugarReviewed in the United States on February 27, 2022
5.0 out of 5 stars
The Oscars got it wrong again
Verified purchase
After watching The House of Gucci, I can't stop thinking how blind and dumb the Academy Award voters were to snub this film.

Gaga can act. And she steals every scene she's in as Patrizia, the unappreciated and vengeful wife to her husband, Mauritizio Gucci, former law student and heir to the Gucci fashion line. Their story begins in 1978. Patrizia meets Mauritizio at a party and its love at first sight. His father played by a Jeremy Irons, thinks Patrizia is mafia and a low life gold digger so he throws him out and soon Mauritizio is working for Patrizia's dad at his famiky trucking business. They marry and have a child and then Mauritizio's dad dies, leaving the young couple with an opportunity. They conspire to steal the company away from Mauritzios Uncle Aldo, played by Al Pacino. But its an unrecognizable Jared Leto as Aldo's simple and trusting son who steals the movie.

I won't spoil the ending. But I think this is one of the best movies I've seen in a while. Ridley Scott directs with a finess and focus on human relationships in the environment of a dysfunctional family and a dying business. The italian and Swiss backdrop is gorgeous too.

Sandra SimsReviewed in the United States on February 6, 2022
1.0 out of 5 stars
Lady Gaga performance was outstanding but…
Verified purchase
The only good thing about the movie was Stefani Germanotta’s Oscar worthy performance. I am not a huge Lady Gaga fan but her performance was awesome.

The movie itself did not flow well, was choppy, and way to long. I regret not waiting to rent it - it is taking forever to get to rental status. It was released in November and still is only available for purchase. It was a waste of my $19.99.
43 people found this helpful

Evil coco beanReviewed in the United States on February 5, 2022
1.0 out of 5 stars
Sloooowwww & boring
Verified purchase
Despite the cast (and I love all of the actors), the movie was about characters you didn't care about fighting over a brand they never really/showed or featured that you also don't care about. Slow/Boring - my friend fell asleep 3x during movie. The Wikipedia blurp about the incident was more entertaining to read that watching this movie.
48 people found this helpful

Darla ShramekReviewed in the United States on February 2, 2022
5.0 out of 5 stars
Great movie!
Verified purchase
The movie was great keeps you interested though out. Needs to be said Lady Gaga makes this movie. You will forget it's her.
37 people found this helpful

Audrey WashingtonReviewed in the United States on February 6, 2022
4.0 out of 5 stars
Entertainment at its finest
Verified purchase
When I learned this movie was streaming I jumped right on it, just by the trailer I knew this was going to be good and I wasn't disappointed. The trailer didn't blindsided you.
Two hours and thirty-seven minutes of pure entertainment, Lady Gaga was superb, the other actors acting was the icing on the cake.
Story telling and dialogs between actors was witted and challenging.
The only complaint l have is the director directions, he didn't allow scenes to finish before jumping to the next scene, very distracting.
32 people found this helpful
See all reviews
Back to top
Get to Know Us
Make Money with Us
Amazon Payment Products
Let Us Help You
EnglishChoose a language for shopping. United StatesChoose a country/region for shopping.
© 1996-2022, Amazon.com, Inc. or its affiliates