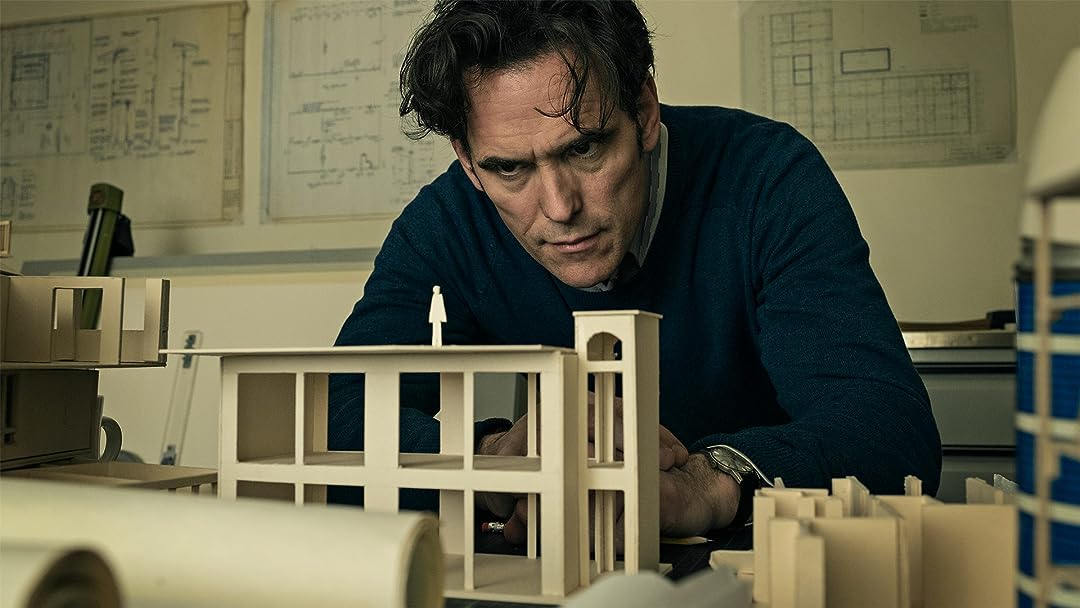 The House That Jack Built

(1,751)
6.82 h 30 min2018X-RayR
Matt Dillon is a serial killer for whom murder is a work of art in the audacious, masterfully provocative new film from renegade visionary Lars von Trier.

Little Guy MushroomsReviewed in the United States on December 23, 2018
1.0 out of 5 stars
Absolutely terrible
Verified purchase
I don't have enough fingers to count the way this movie sucked. First off, it is a snuff film for the first 2/3 of the movie. Secondly, I thought the 'shaky cam' idea went away (thankfully) years ago, but not for this movie, get out your Dramamine. Thirdly, it is boring, it is disjointed, it is poorly acted, it isn't a story, it isn't entertaining and in my opinion- has no value whatsoever. Don't waste your time. They should pay YOU to watch it.
70 people found this helpful

Dante GolioReviewed in the United States on December 18, 2018
5.0 out of 5 stars
"Don't look at the acts, look at the works"
Verified purchase
As a fan of intelligent horror movies, I hoped for a knockout when I sat down with THE HOUSE THAT JACK BUILT and was completely gratified. I can't wait to see the uncut version. The R version has some gruesome moments however is not that extreme. There are a handful of grisly killings but much of the violence is off-camera. The gnarliest thing I saw were the graphic strangulations. In no way is any violence glorified or gratuitous in this film. This may be the smartest serial-killer flick ever made.

The Divine Comedy bit is a great touch as it allows for the enthralling first-person narration and cornucopia of gorgeous art imagery as Jack explains to Verge (and the viewer) the reasoning for his actions. As Pablo Picasso said, "Every act of creation is first an act of destruction."

Along with the incredible MANDY, this is my favorite film of 2018 . . . Rewatch paradise.

Edwin ViruetReviewed in the United States on December 17, 2018
5.0 out of 5 stars
Cinephiles, art lovers, and horror fans will love; NEED SICK SENSE OF HUMOR + HIGH INTELLIGENCE
Verified purchase
Somewhat of a spiritual successor to Stanley Kubrick's A Clockwork Orange, The House That Jack Built is a swan song for director Lars Von Trier, encompassing all his cinematic film making styles into one controversial subject matter that turns into basically the greatest film based on Dante's Inferno a cinephile will ever get.
62 people found this helpful

Amazon CustomerReviewed in the United States on December 20, 2018
1.0 out of 5 stars
really gross/sick movie
Verified purchase
Unless you love women being abused/murdered, avoid this movie at all costs. The acting, directing and cinematography is great honestly, but terrible subject matter, especially for a film released in 2018. Really sick and twisted, with a fake deep dream sequence to tie all together. I normally like Lars Von Trier, but this movie is just... gross. There is some loose commentary in the movie that i guess somehow tries to "justify" what the main character is doing, but still. It's hard to watch.
39 people found this helpful

Shawn_GoreGrlReviewed in the United States on December 15, 2018
5.0 out of 5 stars
Heartless
Verified purchase
This film was everything I hoped it would be. I'd been anticipating the release for some time, I can absolutely understand the negative effect it had on most of the audiences that had first viewed it. This film is mean, cold, and utterly heartless. It gives no apologies and even made me feel uncomfortable. But there were times I had even chuckled some, which that in itself seems also heartless considering the majority of the subject matter but it was all in the presentation that made it somehow likable. I appreciated it for what it was and all the performances were no less than excellent. Do give a watch if you dare, but mind this is not a kind film nor one for the faint of heart.
38 people found this helpful

jason guionReviewed in the United States on December 23, 2018
5.0 out of 5 stars
Matt Dillon is extraordinary and his Jack is terrifying.
Verified purchase
This movie was so abrupt, and openly purposely not using effects to hint at this mans actions and instead displaying them as stark, and brutal that you can’t look away. But it is not gratuitous either, it is so direct and in your face but not a showcase for the makeup artist, it’s actually necessary. It was disturbing but Dillon is fantastic, and in scenes like his looking in the mirror trying to affect expressions of humans he cannot and does not understand you see something very frightening. A man who has no humanity or recognizable emotions but in telling his story to virgil you find it all makes perfect beautiful sense to him, that to him his actions are beautiful and the ultimate expression of artistic endeavor. With a name like virgil you might guess early where Jack is going, but you should stick around and see the inevitability of Jack’s ultimate fate.
30 people found this helpful

D. E.Reviewed in the United States on December 18, 2018
4.0 out of 5 stars
In Von Trier's Hell, There Are Many Circles
Verified purchase
Not only one of Von Trier's masterworks, but one that is consciously at the zenith of a long career, the summary of a significant body of work, which is the house that Lars built. During much of the film I couldn't help but think about its depiction of psychopathy, because I usually object to those people being portrayed as serial killers in cinema, but in this case it's clear the filmmaker and Matt Dillon did their homework on the subject. In professional life I sometimes work with sociopaths and the depiction of obsession, narcissism, clumsiness with interaction that comes more naturally to normal people are all exquisitely well played, and for what it's worth, there are nods to such people as portrayed in prior films e.g. The Silence of the Lambs or Night of the Hunter. This is Dillon's best performance since he was a much younger man in "Rumble Fish." Despite the horrors portrayed (more discreetly than expected, but still harrowing) the movie has a beautiful artistry about it which is irresistible, that in itself being a facet of what is occurring beneath the ostensible story. One of the best of 2018.

No likes
25 people found this helpful

mr1zapperReviewed in the United States on December 29, 2018
5.0 out of 5 stars
Wow and Wow
Verified purchase
Everything about this film it top shelf. I am unsure why people rent it if they already know is can be offensive, and then proceed to leave negative feedback because they are offended. It is just a movie with a deep multilayered story.
If you don't like serial killer films then save your money.
30 people found this helpful
See all reviews
Back to top
Get to Know Us
Make Money with Us
Amazon Payment Products
Let Us Help You
EnglishChoose a language for shopping. United StatesChoose a country/region for shopping.
© 1996-2022, Amazon.com, Inc. or its affiliates