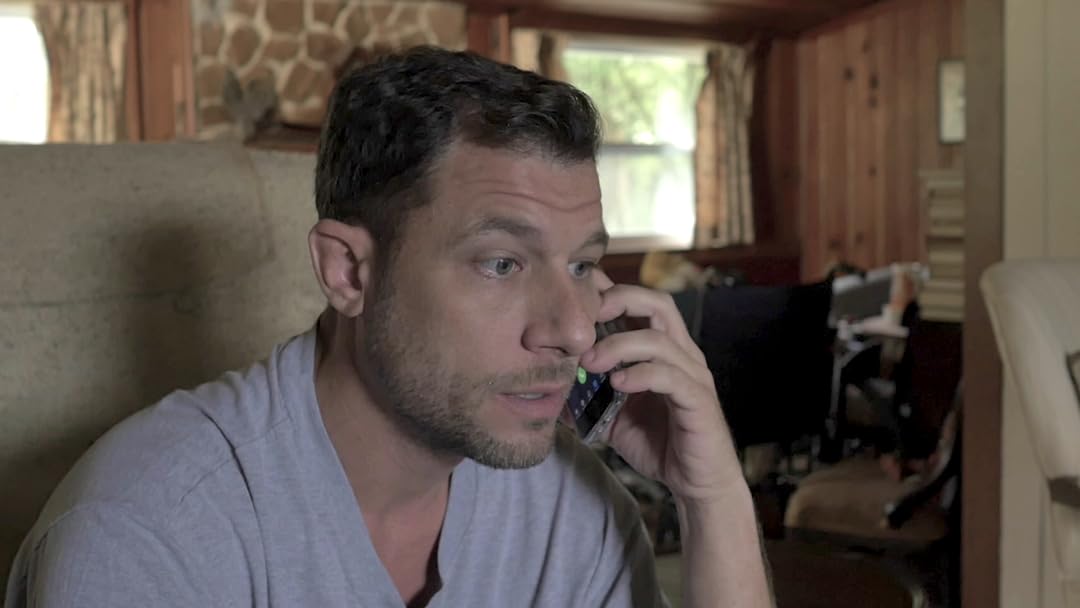 The House and the White String

(52)
4.845min202013+
A man buys a house from a police auction, unaware of the house's horrific secrets of murder and madness, only to be driven mad himself.

Mortimer B.Reviewed in the United States on May 4, 2021
1.0 out of 5 stars
Ouch. Shame on whoever made this.
Verified purchase
There's 44 minutes of my life I can't get back. I should've trimmed my toenails instead of suffering through that, believing I'd be rewarded for my patience. Alas... no answers, no monsters, no spirits, no aliens, no frickin' plot to speak of.
Some viewers gave it 5 whole stars. Really!? Compared with what, the wash cycle? Up there with the best of the best? Honestly, it's mostly Dude wandering from room to room yelling "Hello??" in *exactly* the same tone.
5 people found this helpful

sylviaReviewed in the United States on May 28, 2021
3.0 out of 5 stars
Beheading in the Middle Ages
Verified purchase
My understanding regarding medieval beheading's was after the head was smote the executioner would pick it up and show the assembled onlookers not so they could see it, but so the bodiless victim could look upon the jeering crowd and see them. At the beginning of this film it was stated the smitten head was shown it's own body, not to the crowd. There are various creepy stories of the ability of beheaded victims to stay conscious for a few moments, however I also read the blow needed to sever the neck is so powerful it would most likely knock the victim unconscious instantly. If you're a found footage fan you would see that the guy did a good job making this film. The sound is good and the camera work is good so it's much better than your typical amateur. It's an intriguing idea for found footage and they could've done more with it, but it's more of an episode you would see in an anthology horror film. The house was authentic and the story was very believable and I was actually wondering if they bought an old house from a police auction to make the movie. I support these type of indie films because the major studios have become completely politicized.
One person found this helpful

Della blountReviewed in the United States on March 12, 2021
3.0 out of 5 stars
Perfectly Serviceable Short Spooky Film
Verified purchase
At only 45 minutes, The House and the White String has a comfortable run time for its plot, which is basically the "person buys a haunted house and hijinks ensue" plot we all know and (sometimes) love. This poor guy also bought a haunted house that happens to be built on/surrounded by graveyards. And the owner was murdered in said house in kind of a nasty way.

I wouldn't call it scary. It's more of a moody, artsy, psychological type horror bordering on drama/suspense film. That said, it's a solid three stars and not a bad watch.

msg825Reviewed in the United States on May 6, 2021
1.0 out of 5 stars
Snoozefest
Verified purchase
This movie is so bad and boring. The lead character is a bore and unlikeable. I do wonder about reviews saying it was spooky and made them jump. They must have watched a different movie.
4 people found this helpful

Rob HReviewed in the United States on June 9, 2021
4.0 out of 5 stars
The Return of Chris Chambers!
Verified purchase
Yes, the actor is Chris Chambers who was so great in The Dybbuk Box: The Story of Chris Chambers. For some reason he's listed as "Anonymous" in this movie, which is a pity. This time out, he does the whole movie on his own. The plot, about a mysterious family that met a bad end, could have been better fleshed out. There's a haunting, but not many genuine scares. The payoff is obscure: we know something happens to Mr. Chris, but it's not quite clear because the angle of the final shot is so bad. Still, Chris pulls this kind of film off well and anyone who enjoyed him in Dybbuk Box is likely to enjoy this, too.
One person found this helpful

Mark LambertReviewed in the United States on March 17, 2021
3.0 out of 5 stars
Surprisingly good, quick, little film
Verified purchase
It's pretty amazing that this 45 min, one(ish) man show gets the "found footage" genre more right than the majority of full length features lately. Not a big complex story, but well shot and acted with a pretty compelling narrative and a solid ending.
3 people found this helpful

Kusherets’ Will TKReviewed in the United States on December 12, 2021
5.0 out of 5 stars
A Thinking Product *****
Verified purchase
Ultra low-budget film, but a true work of intellectual art. We get to see three evolutions in movie. The first is to watch the main character sell himself for streaming videos and using his television Reporter commentary voice. The second is the realist of the character who is beginning to get affected by his commercialised product. The third is the emotional meltdown he methodically and increasingly experiences. I have watched it many times and there are a lot of artistic elements that many may have overlooked. It’s Gem. Add this one to your library is going to set the ground work for future videos and production. FIVE STARS!

Angel's EnvyReviewed in the United States on March 20, 2021
4.0 out of 5 stars
For what it is, it's alrighty
Verified purchase
Not a bad short film. Kinda slow, I found myself mid-through hoping something other than looking at vacant lots would happen. Having said that, there some creepy moments that did make me jump. Our actor is also the star of " the dybbuk box"; check that movie out . Is this worth watching? You betcha
2 people found this helpful
See all reviews
Back to top
Get to Know Us
Make Money with Us
Amazon Payment Products
Let Us Help You
EnglishChoose a language for shopping. United StatesChoose a country/region for shopping.
© 1996-2022, Amazon.com, Inc. or its affiliates