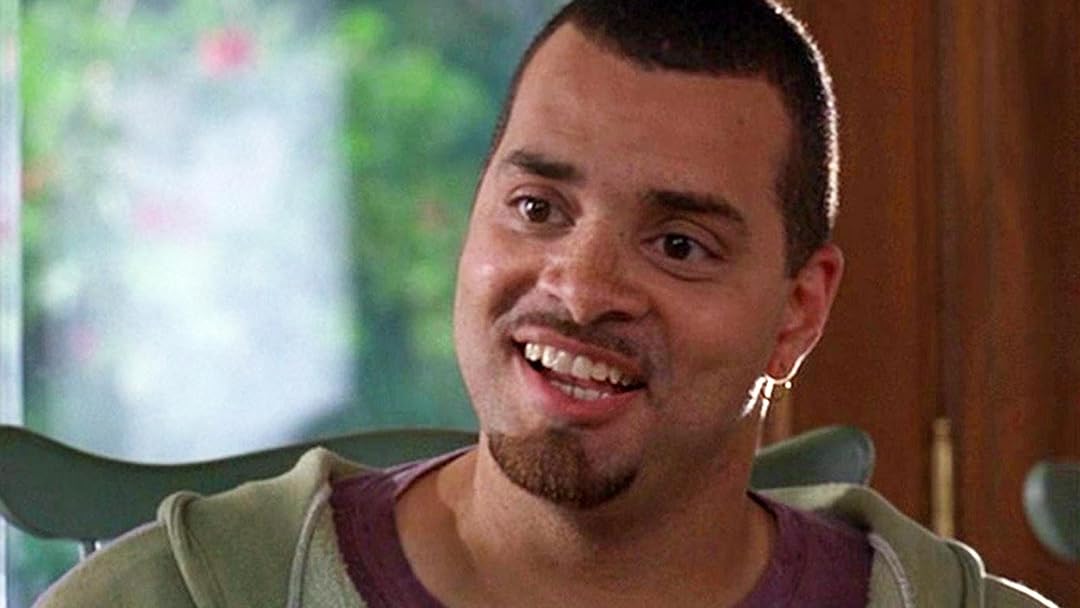 R F VasquezReviewed in the United States on February 3, 2020
5.0 out of 5 stars
Wildly Funny and Any-Age Appropriate
Verified purchase
I finally replaced my worn-out but cherished video copy with the DVD version of Houseguest. Houseguest stars comedians Sinbad and the late Phil Hartman of Saturday Night Live. You will be satisfied with plenty of bad guy\good guy action and suspense as well as wildly comical situations involving dentists, wine tastings, golf, dieting, and teenage angst. Houseguest remains one of my favorite Holiday picks, yet I watch it several times throughout the year, whenever I need a good belly-laugh.
3 people found this helpful

Crazy HeadReviewed in the United States on May 16, 2020
5.0 out of 5 stars
Reviewing the item not the movie
Verified purchase
The case was solid, plastic wrapped and packed well. I dont think reviewing a dvd on amazon is to review the actual movie but the physical product. Its a strait up packed dvd. And as for the film itself- Its hilarious and fun.
4 people found this helpful

John A Lee IIIReviewed in the United States on April 25, 2007
4.0 out of 5 stars
Silly but Fun
Verified purchase
This film has nothing to recommend it except that it is fun. It's not even great comedy, its just fun.

Sinbad plays an inner city character who is always striking out on his get rich quick schemes. Now, a mob boss is out to get him and he is on the run. In desperation at an airport, he assumes the identity of a man for whom a car is waiting at the airport. (Think in terms of the drivers at big airports holding up signs for the people they are supposed to pick up.)

It turns out that he has assumed the identity of a man visiting a friend from college(Phil Hartman). They have not seen each other for many, many years so he is not recognized. Hartman has always talked about this friend and what a great guy he is but his family has never seen him Now they do meet him and put him up as a houseguest. It is only with much difficulty that Sinbad learns that he is supposed to be a famous dentist.

He thinks quickly on his feet and even manages to pull of a complex dental procedure by accident. While he is saving himself, he manages to save the marriage of his "friend" , the love life of their daughter, the sports life of the son and set the "friend" up for a new career.

It is implausible at each step but Sinbad and Hartman work well together and they have fun. As a result, the audience does as well.

Be sure to keep the show running through the credits. The duet sung by Hartman and Sinbad in praise of junk food truly warms the heart...and clogs the arteries.

FLShopperReviewed in the United States on January 31, 2014
5.0 out of 5 stars
Clean Comedy!
Verified purchase
I am very picky about my movies and do not view many. I do like a good comedy, but most are so laced with content that I find objectionable that I just do not bother. I also like a good mystery. This has both. The storyline takes so many twists and turns that you cannot be bored, the characters in the film all grow, I found myself laughing through the whole movie, and watched it twice back to back just to pick up clues and nuances that I missed on the first viewing. Thoroughly enjoyed it and almost wish I had purchased rather than rented. I very much like the new 3 day rental period over the 24 hr rental. That was nice.
16 people found this helpful

Shannon BrownReviewed in the United States on December 29, 2020
5.0 out of 5 stars
Great quality
Verified purchase
I got this because I wanted something funny that my grandkids hadn't seen for our movie nights. They loved it and cracked up, as I did the first time I saw it. I personally wanted this for my collection since it stars Phil Hartman,who I loved. Played perfectly,no scratches or skipping.
One person found this helpful

M.SReviewed in the United States on March 14, 2022
5.0 out of 5 stars
Oldie but goodie!!!
Verified purchase
One of the funniest movies of all time. I rented this for my sons to see. They loved it. Ages 11 and 13. It had been one of my favorite movies when I was younger.

KellyReviewed in the United States on January 10, 2022
5.0 out of 5 stars
Movie night
Verified purchase
Movie night. Watch this older movie with my teenagers it’s one of my favorites I love Sinbad. My kids enjoyed it we got several laughs while watching

EWReviewed in the United States on January 9, 2022
2.0 out of 5 stars
Obnoxious…..
Verified purchase
Obnoxious and loud. Moderate language and innuendos. 90’s clothes and music will transport you back in time.
See all reviews
Back to top
Get to Know Us
Make Money with Us
Amazon Payment Products
Let Us Help You
EnglishChoose a language for shopping. United StatesChoose a country/region for shopping.
© 1996-2022, Amazon.com, Inc. or its affiliates