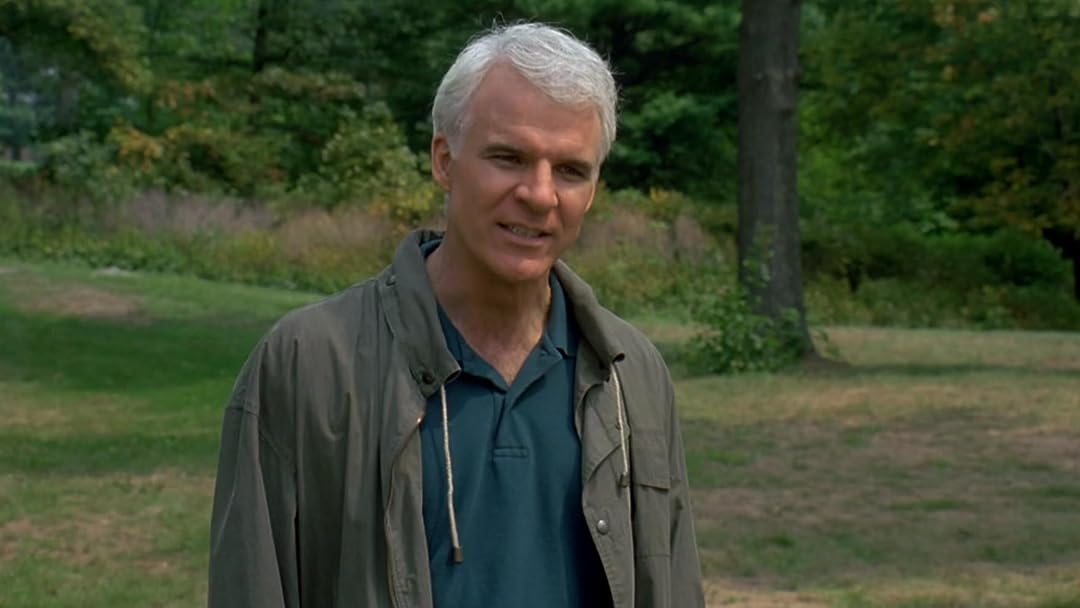 (3,464)
6.11 h 42 min1992X-RayPG
HD. Architect Steve Martin discovers that con artist Goldie Hawn has moved into his house while posing as his wife in this comedy.

PamelaReviewed in the United States on July 24, 2020
4.0 out of 5 stars
Brilliant and multi-layered comedic film; irritating score
Verified purchase
The two lead actors are easily one the greatest movie couples in film history. I love this film, with it's brilliant casting (especially the parents of Steve Martin's character); excellent script (and improvisation); beautiful cinematography; and flawless editing. I watch it many, many times because there is so much to love and to laugh about. The character arcs are all perfectly executed. I have great respect for the composer but this score takes my review down to 4 stars. Too much jumpy silly jazz makes a mockery of an otherwise perfect film. Despite the score, this is one of my favorite films ever. Hawn and Martin are in top form. The more I watch it, the more their genius keeps me laughing.
4 people found this helpful

theredheadsaidReviewed in the United States on August 1, 2020
4.0 out of 5 stars
cute little movie
Verified purchase
I love Steve Martin.
I love Goldie Hawn.
Yet together I feel nothing. They are separately funny but somehow there's never a comedic gelling. Goldie is awesome per usual. This is the period where she plays characters that people tend to write off as a ditzy blonde or whatever, but they're very smart.
I have a hard time liking Steve Martin movies that feature him as the straight man, because he's WASTED. Any dude can play it straight and boring. There are a few flashes of brilliance (the scene where Newt and Becky almost have sex is pure physical comedy perfection) but on the whole, Steve is kinda sleepwalking through this part.
All that said, it's a cute enough movie for some low-key fluff.

JimreaperReviewed in the United States on October 7, 2020
5.0 out of 5 stars
A good semi-family movie that is fun to watch.
Verified purchase
I grew up watching Goldie Hawn on "Laugh-in". Old-fart alert!
She has always been one of the favorites of my wife and me.
Add Steve Martin, not being too over-the-top, and some good acting from several other quality actors. Put it all together in an interesting story about an eccentric "waitress" with a bit of a fibbing problem meeting a romantically and professionally frustrated architect.
For what it is, it is a well-made, well-acted light hearted movie that might make you think a little.
My twelve-year-old grand daughter loved it too.

AnGie McKennaReviewed in the United States on August 8, 2021
5.0 out of 5 stars
OMG so hilarious!!!
Verified purchase
Goldie Hawn is so freaking funny in this movie and the way that Steve Martin sets her up is even more hilarious!! I laughed from start to finish!! The story is fantastic! If you love either or both of these actress/actor then you will LOVE this move!
One person found this helpful

RangerReviewed in the United States on March 29, 2022
4.0 out of 5 stars
Excellent DVD quality, but...
Verified purchase
Great storyline. I found myself smiling throughout the entire movie. Actress Goldie Hawn was at her best in this comedy. Excellent DVD quality. HOWEVER, if you want to access the closed captions/subtitles for this movie, then you must fast forward to the end of the movie to do this. Otherwise, the beginning of the DVD immediately starts playing the movie. Is that dumb or what?

Alice SmithReviewed in the United States on May 22, 2021
5.0 out of 5 stars
One of my favorite romcoms
Verified purchase
Steve Martin and Goldie Hawn are perfect in this. Funny, cute, no bad vibes. One of the rare movies from back then that doesn't make you cringe with problematic things you didn't remember were in it. It's just pure, goodhearted fun. Recently rewatched it with my 25-year-old daughter who had never seen it, and she liked it. If you like this check out My Blue Heaven (Steve Martin) and Overboard (Goldie Hawn).

donnaReviewed in the United States on September 14, 2014
5.0 out of 5 stars
Why I like this movie.
Verified purchase
Hilarious and romantic comedy about consequences of "stretching" the truth. It starts with martin building his dream house for girl friend and maybe future wife, shows her the house, asks her to marry him and she says "NO" This is when the fun starts. Martin is saying his dream house is nothing more than an empty monument to her rejection of his proposal. Hawn over hears and decides to move into the house, martin mentions where it's located and hawn is off and running. She gets to the house and starts fixing it up like, new funiture, rugs, pics. etc. She has now told this little back woods town, martin and her are married. Matin decides to sell the place, this is when he finds out that every one thinks he's married to hawn. It escalates from there. Throw in two street people that she knows and now are poseing as hawns parents. I think you get the idea about this movie.
4 people found this helpful
See all reviews
Back to top
Get to Know Us
Make Money with Us
Amazon Payment Products
Let Us Help You
EnglishChoose a language for shopping. United StatesChoose a country/region for shopping.
© 1996-2022, Amazon.com, Inc. or its affiliates