How to Catch a Leprechaun and millions of other books are available for instant access. view Kindle eBook | view Audible audiobook
Share 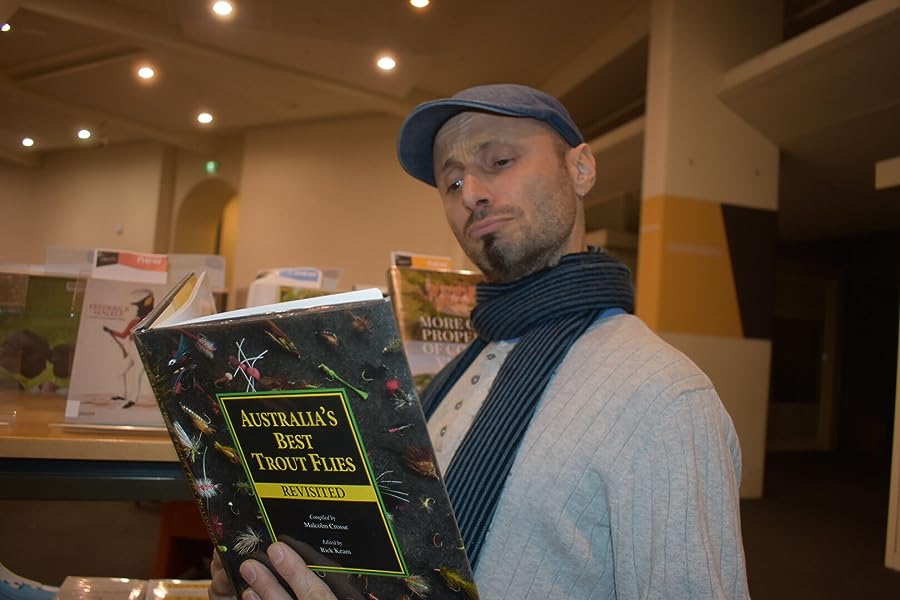 "Grumpy Groundhog" by Maureen Wright
It’s Groundhog Day, and everyone is gathered to find out if it’s time for spring. But Groundhog does NOT want to leave his cozy bed in his cozy den. | Learn more
click to open popover

K-Gr 2—It's Saint Patrick's Day, and a leprechaun is on the loose! He's full of mischievous pranks and runs from house to house, playing tricks wherever he goes. If you're not careful, he'll tie your shoelaces together, sprinkle glitter in your hair, or overflow the water in your bathtub. The only way to catch him is in a leprechaun trap. Creative children craft all types, from mousetraps to cages to lassos. Some even enlist their parents' help, building engineering masterpieces that are complete with robots and computers. As the story progresses, the snares become more and more complex, but the leprechaun magically thwarts each one and offers a challenge to viewers, wondering aloud who the child will be who designs a trap that finally captures him. Narrator Qarie Marshall's Irish accent adds authenticity to the rhyming text from Adam Wallace's picture book, and jaunty Irish background music helps round out the production. Appropriately placed sound effects, including squeaking doors, hooting owls, and rattling dishes, enhance the story as well. A diverse cast of children are depicted in Andy Elkerton's colorful illustrations, imparting the idea that this is a holiday everyone can celebrate. VERDICT Although the running time is short, this will be a fun addition to Saint Patrick's Day storytimes. Since it features children designing and constructing traps, it could also tie in with STEM units.—Anne Bozievich, Friendship Elementary School, Glen Rock, PA

Adam Wallace is a New York Times Bestselling children's writer and cartoonist living in Australia. Wallace writes books that inspire, entertain and amuse! From How to Draw to Gross out to Clumsiness, there are all types for all ages.

Qarie Marshall has narrated over 30 series for the Discovery, Learning Channels & The BBC, as well as providing the inflight programming for Virgin Atlantic Airlines & BBC radio plays. He has voiced over 80 video games for the Playstation & Xbox, and was a guest voice on Comedy Central's Drawn Together. He was made an Associate Artist of The Purple Rose Theatre in 2007.

Start reading How to Catch a Leprechaun on your Kindle in under a minute.

4.8 out of 5 stars
4.8 out of 5
1,475 global ratings
How are ratings calculated?
To calculate the overall star rating and percentage breakdown by star, we don’t use a simple average. Instead, our system considers things like how recent a review is and if the reviewer bought the item on Amazon. It also analyzes reviews to verify trustworthiness.

Lola's Mommy
5.0 out of 5 stars Love it!
Reviewed in the United States on March 5, 2018
Verified Purchase
I bought this to help teach my 2-year-old about St. Patrick’s Day. I was expecting a good book because of all the great reviews, but I was still pleasantly surprised by how much she loves it & how much I love reading it to her. The story is very well thought out and the pictures have amazing detail. The book itself is also very high quality with thick, color rich pages and a sturdy hardcover. It’s probably the best holiday themed book I’ve come acrossed with the exception of The Night Before Christmas.
Read more
11 people found this helpful
Helpful
Report abuse

J.J. in Indiana
5.0 out of 5 stars twin granddaughters love this book
Reviewed in the United States on May 2, 2017
Verified Purchase
My 2 1/2 year old, twin granddaughters love this book. It's easy to read to them, and they think it's so much fun to find the mischievous, and elusive Leprechaun in the pictures... they get so excited. It's a very fun book to read often, not just on St. Pat's Day.
Read more
6 people found this helpful
Helpful
Report abuse

Thomas Patrick Walsh
1.0 out of 5 stars A
Reviewed in the United States on March 19, 2020
Verified Purchase
My kid came home from preschool worried that leprechauns pinch. So, we got a book called “How to Catch a Leprechaun,” which ended up telling her that leprechauns are uncatchable prank monsters who will put her shoes in the sink and paint her toilet green. There’s not even a fun “Maybe YOU’LL be the one to catch me,” button at the end, just the ominous threat of “No one’s ever made a trap that can catch me! See you next year!” Unsettling and unsatisfying.
Read more
2 people found this helpful
Helpful
Report abuse

clsteldt
5.0 out of 5 stars Cute little St. Patrick’s day book!
Reviewed in the United States on March 14, 2020
Verified Purchase
This cute little book tells the story of a leprechaun “thwarting” every little trap that children set to catch him. The illustration is bright and colorful, and the story is simple enough for young children to follow. Its a funny little story that will keep my child thinking about Leprechauns every St. Patty’s day!
Read more

Melissa
4.0 out of 5 stars Good Story I got pictures
Reviewed in Canada on March 21, 2019
Verified Purchase
Cute story; I was looking more for the stories behind rainbows and Leprechauns but this was a story just about catching them
Read more
Report abuse