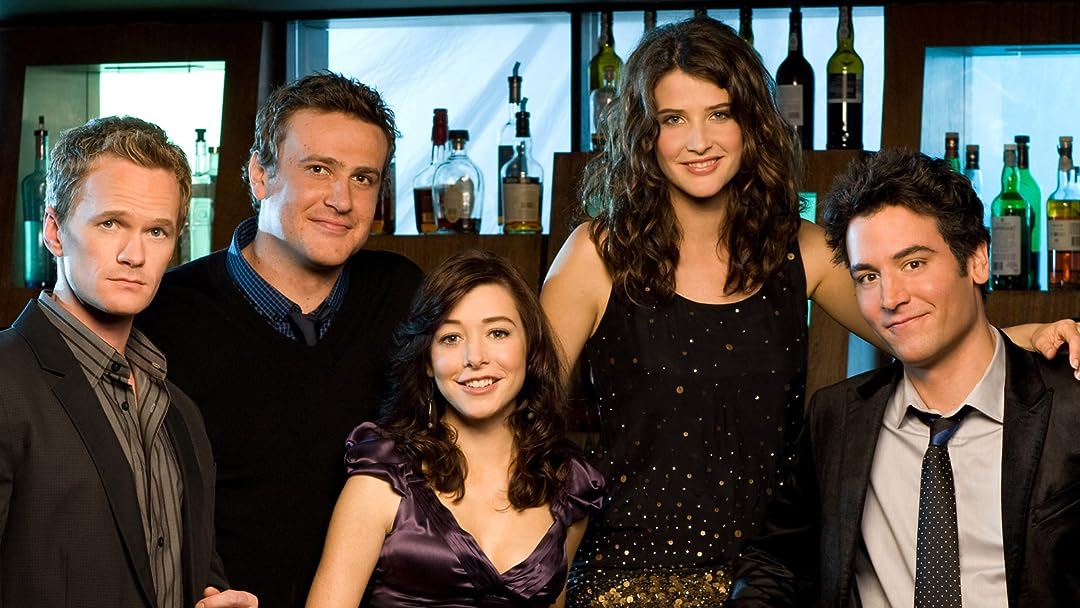 How I Met Your Mother

pegslawReviewed in the United States on January 11, 2020
3.0 out of 5 stars
Be warned
Verified purchase
I love "HIMYM" (even though a lot of the plots and lines are derivative of "Friends"). On its own merits, this is a sweet and hilariously written sitcom with top-notch characters, situations and acting. I have no problem with the show itself. What I DO have a problem with is the fact that no one happened to mention that the DVDs have been edited, knocking out moments as well as songs that are perfect for certain scenes. Take, for example, the episode "Nothing Good Happens After 2:00 A.M." "Alright" by Supergrass and "Quiet" by Rachel Yamagata have been replaced by really crappy songs. I hate it when DVD companies edit perfectly good shows! If you cut out dialogue or can't afford the music rights, DON'T BOTHER! I didn't buy "The Odd Couple" or "WKRP in Cincinnati" for this reason, and I am not buying any more seasons of this series unless it is complete and uncut.
19 people found this helpful

J.E.Reviewed in the United States on July 14, 2020
1.0 out of 5 stars
Not funny.
Verified purchase
The best part about this show was the fact that the theme music was only a few seconds. The Neil Patrick Harris character, Barney was the most obnoxious character on TV!
8 people found this helpful

SwampratReviewed in the United States on July 19, 2008
5.0 out of 5 stars
A 'Feel-Good' Sitcom
Verified purchase
How many TV comedies can be called "Feel-Good" shows? More and more comedy on network TV is about misery. Failure. The bitter, cynical realities that allegedly lurk behind the bright, shining happy endings we've all grown up with. The generation that created and continues to embrace Reality TV prefers to look at the lives of others and say "Thank God that's not me" than to look at the world through someone else's eyes and say "Gee, I wish that could be me."

"How I Met Your Mother" looks like a conventional sitcom with its multi-camera shooting style and it sounds like a conventional sitcom with its omnipresent laugh track. But there is nothing conventional about this show. Ted, Marshall and Lilly have been best friends since the first week of college. Now an architect, a law student and a kindergarten teacher respectively, their relationships haven't changed that much, with one notable exception. Marshall and Lilly are engaged and in the light of their wedding preparations, Ted starts to wonder if he's ready to settle down. Then he meets Robin, a beautiful, independent TV newscaster...who is completely wrong for Ted in every significant way. Add to the mix Barney, Ted's confirmed bachelor-for-life friend who insists that he is an expert on meeting, seducing and abandoning women. But throughout all the missteps and bad hookups one thing remains: Heart. It's a show about people who love each other and that makes all the difference.

The cast includes popular favorites like Jason Segal ("Freaks and Geeks", and the writer/star of "Forgetting Sarah Marshall") and Alyson Hannigan (Willow on "Buffy the Vampire Slayer"). Barney is played by Neil Patrick Harris, and after seeing him in one scene, you won't even be thinking the word "Doogie." Also on board is Bob Saget ("Full House") who narrates the show as Ted in the year 2030 telling his children the story of how he became the man he had to be before he could meet their mother. Now, it might seem like this gives away the ending of the story, but any true sports fan will tell you that there's more to a baseball game than who won and who lost. Life is a journey, not always an easy one, and this is a show that celebrates getting there as opposed to being there.

ServoReviewed in the United States on August 13, 2007
5.0 out of 5 stars
HIMYM - Season One!
Verified purchase
As reality shows continue to flood the airwaves, seemingly crowding out traditional shows, every so often a fresh and inventive show comes along proving that when done right, the sitcom can still provide good comfort television. "How I Met Your Mother" is such a show. Created by Carter Bays & Craig Thomas, who (along with their band, The Solids) also performed the show's infectious theme song "Hey Beautiful," HIMYM stars Josh Radnor as hopeless romantic architect Ted Mosby, who regales his kids (in 2030) with the "legendary" tales (told in flashbacks dating back to 2005) leading up to how he fell in love.

Radnor, who I equate with Zach Braff's John Dorian character of NBC's [[ASIN:B00005JNEQ Scrubs]], really puts himself out there in the role of lovelorn Ted. Jason Segal and Alyson Hannigan are especially great as Ted's soon-to-be-married pals lawyer Marshall and teacher Lily, who as far as I'm concerned, rank as TV's most adorable couple. Cobie Smulders is just fine also as lovely TV news reporter Robin, who the gang playfully tease for being canadian and vice versa, plus the hilarious Neil Patrick Harris as "suited up" womanizer Barney. Only Harris could pull off this guy and make him somewhat likeable. One of my favorite exchanges between Barney and Lily is in "Mary the Paralegal" where Lily voices her disgust with Barney [for seemingly setting Ted up with a hooker] with "Barney, for anyone else, this would be a new low but sadly for you, it's just a new middle." Instead of being offended, Barney proudly raises his chin and grins. Too funny.

While the show hews pretty closely to the formulas of [[ASIN:B000H6SXMY Friends]], [[ASIN:B00005JLEX Seinfeld]] and even [[ASIN:6305053987 The Wonder Years]], How I Met Your Mother quickly formed its own rhythm, and in its own right is an original which I always look forward to watching. How I Met Your Mother - Season One is a 3-disc (482 min.) set featuring all 22 episodes from the 2005-2006 season; Full-Frame (1.33:1) video; 5.1 English Dolby surround; English, Spanish, French subtitles; Closed caption; plus extras. Housed in slim cases, Disc 1 contains: Episodes 1-8; Disc Two: 9-16; Disc Three: 17-22; The special features on the set are great, especially the commentaries by cast & crew which provide plenty of laughs and insight into the series. Overall, a well-packaged DVD release.

How I Met Your Mother - Season One
Highly Recommended!

Stephen M.Reviewed in the United States on March 24, 2020
4.0 out of 5 stars
A Great Series
Verified purchase
A really good series, and a good buy if it's not on a streaming platform that you subscribe to. The DVDs are fine. I wouldn't bother going to HD/blu-ray.
One person found this helpful

J. WactorReviewed in the United States on March 30, 2009
5.0 out of 5 stars
This Show Is Steak Sauce!
Verified purchase
Why do I love this show?

I want every character on this show to be my best friend (except Robin). They're funny, caring, and awesome. The actors truly have tons of chemistry, providing a quality show in a half-hour block.

This is no generic sitcom. Sure, it's got a laugh track and some of the banter is cliché, however, most of it is incredibly witty and heartfelt. Ted is engaged in a genuine search for love, and I'm completely wrapped up in it. I fell in love with the Cake Girl (Victoria, played by Ashley Williams) and was sad to see her go (it's probably why I'm not a huge fan of Robin). This show has continuity and a compelling storyline; it simply amazes me.

It's very quotable. I find myself quoting with friends I've talked into watching it (who get equally hooked). The cast is brilliant, as well as the director and writers. Bloc Party's song: `This Modern Love' at the close of Season One clenched it for me though, dramatically building up a powerful finale I won't soon forget. It joins the hall of fame for greatest season finale songs with the likes of The O.C's: Imogen Heap `Hide and Seek' and Grey's Anatomy's: Snow Patrol `Chasing Cars'.

Hands down, this is the best sitcom I've ever seen. Buy it, watch it, love it.

DISCLAIMER: Though the writers are good at what they do, don't listen to any of their commentaries. They are exceptionally boring, lackluster, and have slightly soured my enjoyment of the show. It's that bad.
3 people found this helpful

Amazon CustomerReviewed in the United States on May 17, 2020
1.0 out of 5 stars
I ordered this video by accident, but Amazon won't let me cancel it.
Verified purchase
Despite clear instructions to cancel the video (we haven't tried to watch it), going to "order details" simply gives a "Page not working" error message. I suppose I can try again later (supposedly, I can cancel within 48 hours), but this attempt was a failure.
One person found this helpful
See all reviews
Back to top
Get to Know Us
Make Money with Us
Amazon Payment Products
Let Us Help You
EnglishChoose a language for shopping. United StatesChoose a country/region for shopping.
© 1996-2021, Amazon.com, Inc. or its affiliates