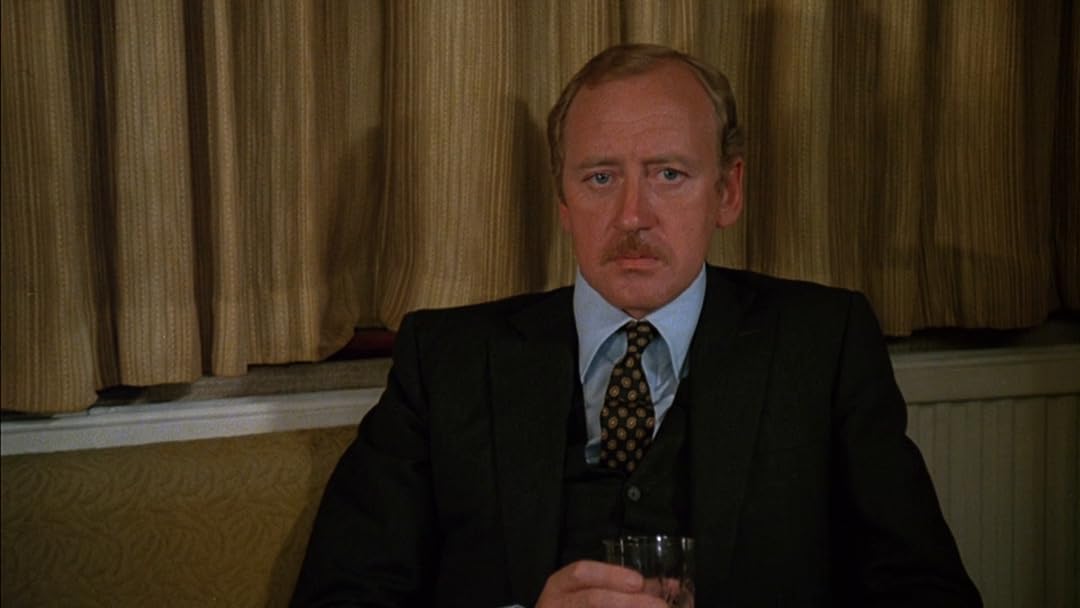 Yaakov (James) MosherReviewed in the United States on August 24, 2020
3.0 out of 5 stars
All too real
Verified purchase
Let’s face it – most human beings are, at best, B movie actors. Can you make two of these people into lead actors and end up with a success? Judging by Otto Preminger’s “The Human Factor” the answer is no.
This movie was Preminger’s last and it’s a sad way for such a mega talent to end off. It didn’t make even 1 percent of its budget back at the box office. The Graham Greene novel, which I read many years before seeing the film, is compelling but the screen version is as flat as the lead actress’ chest (where did Preminger find her anyway?). The supporting cast is more than adequate but needed strong lead performers to pull the wagon and that’s noticeably lacking.
Futility is certainly part of the human experience but to tell one of its tales through such futile lead actors is an overdose of realism. When the most memorable line (“You know what liberals need to do in this country [South Africa]? They need to duck.”) comes from an unknown actor on screen for less than five minutes then you know the movie is a turkey. John Gielgud is on screen for a few minutes at the beginning then disappears. That’s the point I wish I had stopped watching.

Joseph A. FranceskiReviewed in the United States on January 18, 2021
3.0 out of 5 stars
Interesting Albeit Dated Film
Verified purchase
A fairly enjoyable spy film from the Cold War era in Britain. As with others of this type this issue is: who is the mole? It was worth watching but is no "thriller".
One person found this helpful

Amazon CustomerReviewed in the United States on August 22, 2020
3.0 out of 5 stars
Human Factor
Verified purchase
Pretty slow
One person found this helpful

Tom W.Reviewed in the United States on February 27, 2021
1.0 out of 5 stars
Terrible
Verified purchase
Boring, slow and low quality production.
One person found this helpful

George W. SpencerReviewed in the United States on March 28, 2014
4.0 out of 5 stars
Great Cast Enacting one of Graham Greene's Moral Dilemmas
Verified purchase
Terrific cast in this effective adaptation of a Graham Greene novel. Nicol Williamson is especially good. My only reservation is that there are sudden flashbacks to South Africa, and the transitions leave the viewer wondering, at least momentarily, when and where the action is taking place.
6 people found this helpful

Con Harrigan EmmonsReviewed in the United States on September 4, 2020
4.0 out of 5 stars
Find The Mole
Quickly one sees why this last film of Otto Preminger's flopped: his direction isn't always up to the script. Tom Stoppard’s brilliant screenplay trap, trap, traps you again and again. You feel safe and comfy in a veddy, veddy commonplace British spy film with Nicol Williamson, John Gielgud, Derek Jacobi, Richard Attenborough, Robert Morley, Richard Vernon, and others including the aged but still in her way stunning Ann Todd. Then that safety is yanked away from you. You’re puzzled, confused, wary as the dialogue, at first droll and engaging, turns sinister and nasty for reasons you cannot fathom. You seem to understand what’s going on but are flummoxed when the plot shoots off at an angle you never anticipated, then another angle, yet another, transporting you from London to Africa to Moscow, until this great Cold War espionage black comedy resolves itself.
2 people found this helpful

Preminger and Stoppard follow Greene's autumnal 1978 novel closely but introduce discontinuous flashbacks set in Pretoria (cheaply filmed in Kenya) that amplify Castle's curious double allegiance to London and to Moscow, and the semi-traitor's biracial domesticity--spydom's "human factor"--is an important theme recurring throughout Preminger's career trajectory. Allegiances and motivations shift like quicksand in this complex yet straightforward narrative, and it's interesting that those literary men Greene, Stoppard and Preminger use enciphered editions of Twain, Tolstoy and Trollope (along with stubby felt markers and unanswered landline phones) as the Luddite technologies for Castle's very prosaic yet very serious low-tech spying.

With Ann Todd we've a link to PARADINE CASE, and there are further Hitchcockian allusions to SECRET AGENT (Preminger gives John Gielgud a throwaway cameo in the prologue) and to TOPAZ and TORN CURTAIN, the latter directly recalled in HUMAN FACTOR's botched offcamera disposition of the unfortunate guard dog Buller. Preminger's film also partly recapitulates another lost classic of British cinema spydom, Blake Edwards' neglected TAMARIND SEED--and in each comparative case this sophisticated Preminger valediction has smarter literary values thanks to Greene and Stoppard and mellower cinematic equipose as well.

Greene followers should check out the book, and Preminger completists will find that HUMAN FACTOR neatly salvages the director's tarnished reputation after SKIDOO and ROSEBUD, with this overlooked film quite on par with the late-Preminger insider picks JUNIE MOON or SUCH GOOD FRIENDS. The film is definitely worth owning and rewatching, and I look forward to reading and seeing this narrative again, since the storytelling is devilishly expert and far more intricate than in most of the flashier spydom thrillers. The thrills here are quieter but also deeply unsettling, in the usual Preminger way, and the film is a unique career-closing supplement to the ambiguous BUNNY LAKE IS MISSING.

JgusReviewed in the United States on April 27, 2020
3.0 out of 5 stars
Worth a gander.
You've got to love those old spy thrillers. Now in retrospect they seem a bit naive and worn, but the had an appeal none the less. This one is enhanced by Preminger directing. What I didn't like was the lack of clarity as to the protagonist's story and the vague ending.
One person found this helpful
See all reviews
Back to top
Get to Know Us
Make Money with Us
Amazon Payment Products
Let Us Help You
EnglishChoose a language for shopping. United StatesChoose a country/region for shopping.
© 1996-2021, Amazon.com, Inc. or its affiliates