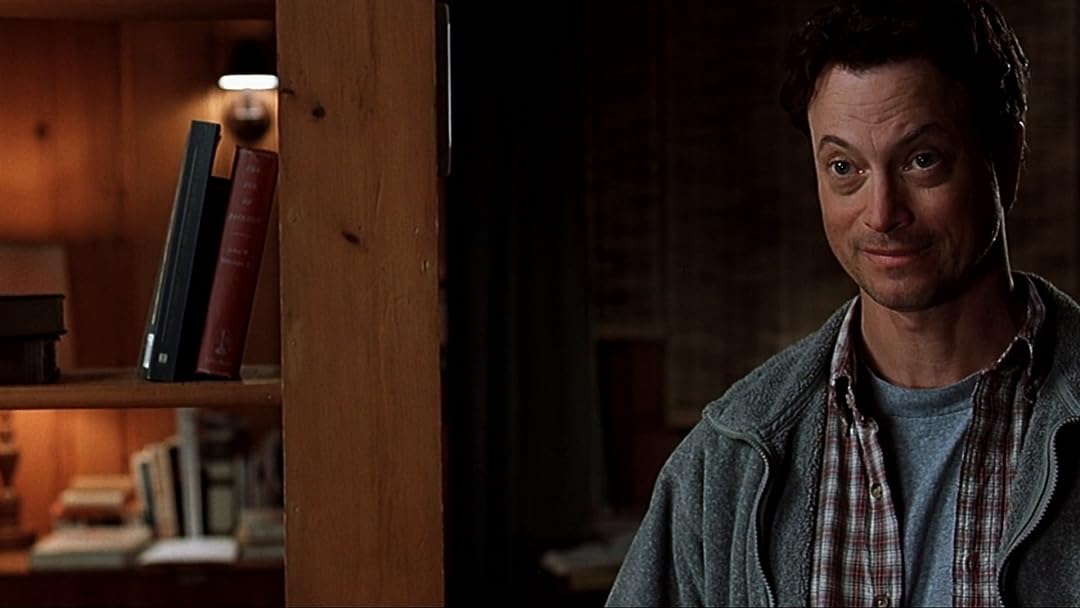 (692)
6.31 h 45 min2003X-RayR
HD. A university professor's world starts to unravel when he is forced to face the fact that he has been living a lie for fifty-years.

David B. CummingsReviewed in the United States on May 4, 2019
1.0 out of 5 stars
Dull
Verified purchase
I only watched this movie because I pretty much love any movie with Anthony Hopkins so I figured I couldn't go wrong.
I was wrong.
While I don't typically watch movies that are solely drama, I watched this one because it was supposed to be a thriller too.
It wasn't.
So, Anthony resigns from a college because he said "spook", as in a ghost, but the PC morons at the time accused him of being racist (I'm old and I have never heard of any minority race ever being called spooks but, that's beside the point)
His wife apparently dies from the shock of this news and Hopkins wants to write a book about how PC killed his wife. But then he doesn't.
Then, he screws Kidman for a while, for no discernible reason, and her ex husband runs them off the road and they die.
I suppose the drama part was Hopkins pretending to be white his whole life because he was fair skinned even though his parents are black and the thriller part was supposed to be Kidman's ex who had like, two scenes?
It was boring.
I at least expect movies to have more thrill and drama than my own life has had but, this one did not. It was the stain left on the sheets of the great storytellers that spawned all of the good movies these actors were cast in.

EleanorReviewed in the United States on January 30, 2019
2.0 out of 5 stars
The human lame
Verified purchase
With great actors whose work I usually enjoy, my hopes were decent for this film. Alas, i didn't even finish the last chapter. It turned melodrama quickly with a need for histrionic or damaged, nude women. (Sort of what you might think from a weinstein persuasion...) After 2/3 I didn't stick around for the end because the plot was dragging and fine actors and naked nicole kidman couldn't save it.
9 people found this helpful

Amazon CustomerReviewed in the United States on March 12, 2020
4.0 out of 5 stars
Subtle adult drama with Anthony Hopkins, Nicole Kidman, Gary Sinise, Ed Harris, all excellent
Verified purchase
Nicole Kidman's at first appears miscast until you realize that she is playing an adult who ran away from home at 14 years of age from one of the wealthier families in our country because of her stepfather's sexual abuse. To focus on Anthony Hopkins character too much can also be misleading. All of the main characters here are dealing with traumatic events in their past, each in their own way. This focus makes the movie less of a typical story and more of a study of 4 characters and their lives during a period of time when all the rest of us were focused on President Clinton's adolescent sexual exploits.
3 people found this helpful

CrazyBearUSAReviewed in the United States on June 17, 2019
3.0 out of 5 stars
great stars but never develops
Verified purchase
I was so hoping this would been a great movie with a cast of so many veteran actors, It should have been a block buster, Problem is the script never develops. Just to many sub plots and never a main theme to keep you going until the last 10 minutes or so when it all wraps up but even that fell flat. I give it 3 stars for the acting on a bad script the scenery as well was good. If not for the "A " list actors this would be a 1 star movie . don't pay for it enjoy it when you have nothing else you want see instead
3 people found this helpful

LTReviewed in the United States on April 4, 2021
2.0 out of 5 stars
Don't waste your time
Verified purchase
I watched it for Nicole Kidman as I am a big fan and wanted to see earlier work. I ended up fast forwarding a lot. I almost stopped the movie completely. It is very boring. I am shocked that Anthony Hopkins did a poorly written and uneventful movie. The sex scenes were awful and I fast forwarded all of them. An old man with a 34 yr old. Yeck! The only reason I gave it a 2 was that Gary Sinese did a great job and was a good character to watch what he would do.The ending was okay but predictable. I can't believe it has such a high rating on Amazon. It is an HBO film.
One person found this helpful

R. ShelbyReviewed in the United States on November 23, 2011
5.0 out of 5 stars
great cast, fantastic acting, subtle but effective story telling
Verified purchase
There are several reviews which sketch the story line of this film and there's no point in repeating it. This film has a great cast -- Anthony Hopkins, Nicole Kidman, Gary Sinise, Ed Harris -- all talented actors, and all give creditable performances.

The story is told in such a way that there really are no secrets -- you learn the backgrounds of characters fairly soon after they are introduced, and their "big secrets" come out early. This isn't a film about "secrets"; it's a film about stains which people carry within. The characters are stained by events or other people, but the story exposes the importance of how we react to adverse situations. All of the characters battle demons, and all fight differently. Most overcome their stain, and they do it through loving and being loved. This film isn't really about racism, nor is it about a long kept secret. It's about battling events which we perceive as being unjust, and eventually about healing. This is true of all the major characters, and if you don't see this point then I suggest you watch the film again.

This isn't the best film ever made but it is an excellent one. I've watched it several times and I still enjoy it. This movie isn't a puzzle to be solved but a set of stories to be heard and understood.
33 people found this helpful

Chicot le FouReviewed in the United States on February 23, 2021
1.0 out of 5 stars
Oh, brother
Verified purchase
I can only blame myself for not paying attention, renting this film on the basis of the cast and not realizing until the opening credits that it was based on one of vile Philip Roth's lousy novels. I don't advise anyone to watch it or not watch it, your time, your choice. The acting is excellent across the board, with Nicole Kidman the real standout. But the story is typical self indulgent, self-loathing victimhood Roth nonsense. It's crap.
One person found this helpful

honest reviewerReviewed in the United States on March 28, 2021
2.0 out of 5 stars
Meh
Verified purchase
What I didn't like: The fact that a young Coleman silk from new jersey had no British accent but Anthony Hopkins did. Also the slow pacing of the movie. It was very depressing, which is fine but there was no levity whatsoever. Like not one part that was not completely morose and sad. What I liked: Gary sinise is good in anything. I gave it two stars for him and also the cinematography.
See all reviews
Back to top
Get to Know Us
Make Money with Us
Amazon Payment Products
Let Us Help You
EnglishChoose a language for shopping. United StatesChoose a country/region for shopping.
© 1996-2021, Amazon.com, Inc. or its affiliates