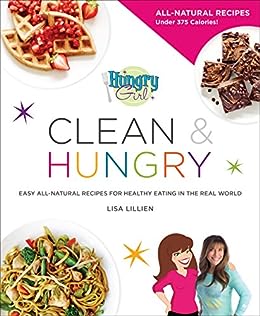 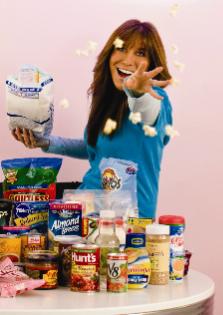 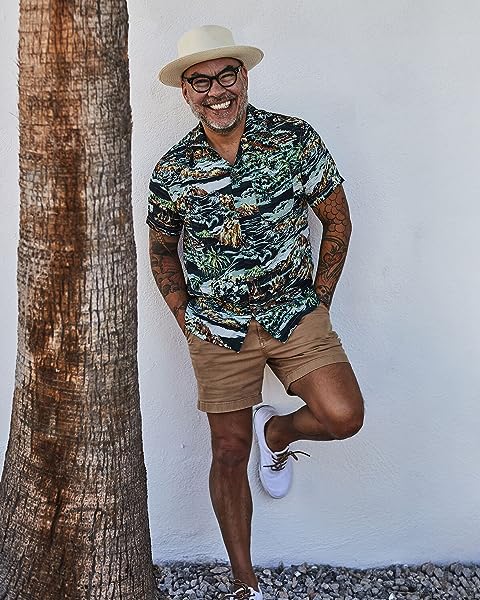 by Lisa Lillien (Author) Format: Kindle Edition
See all formats and editions
Sorry, there was a problem loading this page. Try again.
Read more Read less
Previous page
Next page
Due to its large file size, this book may take longer to download

LISA LILLIEN is a New York Times bestselling author and the creator of the Hungry Girl brand. The founder of a free daily email service, she is obsessed with food--how wonderful it is, and how much of it she can eat and still fit into her pants. More than 1 million fans eagerly wait for Hungry Girl's recipes and tips & tricks each weekday. Lillien is also the star of Hungry Girl, the top-rated cooking show airing on Food Network and Cooking Channel. She lives in Los Angeles, California. --This text refers to the paperback edition.

"Lillien’s high-energy, accessible thirteenth Hungry Girl cookbook focuses on making her crowd-pleasing low-calorie, big-yield dishes with natural ingredients. As ever, the foods are designed for quick assembly and maximum convenience, exemplified by the make-ahead oatmeal bakes in many flavors and the slow-cooker chicken fajitas. " ―Publishers Weekly --This text refers to the paperback edition.

4.5 out of 5 stars
4.5 out of 5
1,151 global ratings
How are ratings calculated?
To calculate the overall star rating and percentage breakdown by star, we don’t use a simple average. Instead, our system considers things like how recent a review is and if the reviewer bought the item on Amazon. It also analyzes reviews to verify trustworthiness.

Adrianne Miller
5.0 out of 5 stars Surprisingly Delicious
Reviewed in the United States on April 10, 2016
Verified Purchase
I've been following Hungry Girl for a long time but just within the last couple of weeks, I purchased three of her books and this book I just got this week.

I hesitated about making Hungry Girl recipes for a long time for some of the same reasons that others have rated some of her books poorly. But I got to a point where I just was sick of being overweight and I just don't have a lot time to spend cooking everyday after work. So this past week I made about five of her recipes.

This new book is the best book she ever came out with. Every single recipe comes with a beautiful photo.

From this book, I made the Naked Eggplant Parm, the Clean & Hungry Marinara Sauce, the Shrimp & Avocado Z'paghetti, and the Pumpkin Cranberry Bars.

Everything was easy to make and surprisingly delicious.

I also want to comment on some of the other reviews that I read.

Someone complain that "90% of the recipes are high carb". I don't understand that comment because this book is not being advertised as a low carb book. However most of the recipes are definitely lower in carbs than their high calorie, high carb counterparts.

Finally, all the recipes that I chose at random were low in processed carbs. What a coincidence.

The other comment had to do with packaged sweeteners. Stevia is considered to be a natural sweetener, but it's in packets everywhere. And the stevia-based Truvia is what she uses in the recipes.

You are welcome to use sugar instead, but it will up the calorie count. I personally don't like the taste of artificial sweeteners but I really want to lose weight, so I got the kind that is half sugar, half stevia.

When you are modifying recipes so that they will help people to lose weight, something has got to give. If you take out ALL the fat, then taste suffers. If you take out ALL the carbs, well that's not healthy for your body. You have to find a healthy compromise. And no one is going to agree 100% on what that should be. So she does give suggestions on modifications, and I made some of my own.

For instance, in the Pumpkin Cranberry Bars, it calls for peanut butter. But I don't eat nuts, so I subbed sunflower butter instead.

Wholesoultruthteller
5.0 out of 5 stars Stop reading the negatives about the sweeteners and buy this book! There is a quick fix right here at Amazon.
Reviewed in the United States on April 12, 2016
Verified Purchase
Lisa Lillian does it again! I have been an avid follower of the Hungry girl since 2008. I have lost 140 lbs. and kept it off for 5 years. Recently, a slow creep started to come back and a reboot of my eating was necessary. Enter this cookbook. These are easy to follow recipes, with clean ingredients. I am so not a cook, so the prep time is a little longer for me. The marinara sauce is amazing. The eggplant, with and without chicken is so filling, and is only 6 Smart Points if you follow WW, and the sweets section, fro-yo pops are to die for, and the yogurt grapes make a 0 point snack. The cake with the black beans is good. I think I need a 2nd time to judge really. So many great recipes, I cant wait to try them all.

Now about the complaints about the artificial sweeteners in the recipes. I was diagnosed with epilepsy and form of MS 3 years ago, and forced into clean eating. I run and have eliminated all the things that may bring on seizures or symptoms. I can have pure Stevia, which Amazon sells right here. Highly concentrated all natural Stevia powder, not cut with maltodextrin, or anything else, just pure Stevia. I have been using it since my diagnosis, and I have pretty much figured out what two teaspoons (packets) measure out to, or how much sweetness I need. Dr. accepted, and will work in any of these recipes.

You will not find a better, easier cookbook than this one. If you follow WW she has the SmartPoints on her website. Thanks again for helping out the noncooks and weight conscious in us all :).
Read more
287 people found this helpful
Helpful
Report abuse

Amazon Customer
5.0 out of 5 stars So Helpful
Reviewed in the United States on May 6, 2017
Verified Purchase
I have been eating way too much processed foods while trying to lose weight.I have learned how destructive these types of foods can be to one's health and overall energy! The problem is that I am NOT a cook and tended to go for the quick processed foods because I am not and never have been a cook.But this has been a wonderful resource for me because it has given me healthy options that I can just assemble (don't have to cook).So many of the healthy, low calorie, recipes in this book are very easy and taste very good. I am finding I have more energy and I am gradually becoming thinner by eating recipes in this book. I went back and bought almost all of the prior HG books even though they do contain some processed ingredients. I plan on exchanging the processed ingredients in the early books for the healthy unprocessed alternatives I have learned about in this newest book!
Read more
50 people found this helpful
Helpful
Report abuse

Kathleen Marie
5.0 out of 5 stars A real good one!!
Reviewed in the United States on January 7, 2017
Verified Purchase
This book is awesome the recipies are tasty, and fit right in to my weight watchers program. Even if you aren't on weight watchers there is plenty of goodness in here to enjoy!
Read more

5.0 out of 5 stars A real good one!!
By Kathleen Marie on January 7, 2017
This book is awesome the recipies are tasty, and fit right in to my weight watchers program. Even if you aren't on weight watchers there is plenty of goodness in here to enjoy!
Images in this review

Hardaway48
5.0 out of 5 stars Yummy and Healthy
Reviewed in the United States on November 4, 2017
Verified Purchase
I have always loved Hungry Girl and this new addition is perfect for my clean eating diet. I love the sense of humor she incorporates in her pages. Have followed her from they beginning and the recipes are always delicious. Plus I always try to add something new to my taste palate and her recipes never fail. It is highly appreciated that her recipes call regular food items. This was a great purchase and I am glad I made it.
Read more
25 people found this helpful
Helpful
Report abuse
See all reviews

Oscar Hoyle
4.0 out of 5 stars Great recips and pictures
Reviewed in the United Kingdom on March 30, 2018
Verified Purchase
The recipes in this book are really great and very tasty. The book is also pretty and colourful with amazing pictures. The only reason I didn't rate it 5/5 is that the condition the book arrived in was kind of disappointing, a few pages had somehow been stuck together so when flipping through the book I had to rip them apart, there was also some dirty marks on the cover which didn't really bother me but just upsetting for a new product.
Read more
Report abuse

Beckie Bookworm
5.0 out of 5 stars Love this book
Reviewed in the United Kingdom on January 2, 2017
Verified Purchase
Love this book, good quality , lovely photos and i cant wait to try out some of the many recipes, also arrived really quickly.
Read more
One person found this helpful
Report abuse

Elenna Brodyk
5.0 out of 5 stars Great book
Reviewed in Canada on March 22, 2019
Verified Purchase
Love love love! Breaks down carbs, fats, sugars, protein, calories etc. Great description and options of recipes and a ton of variety. This one is more about clean ingredients. So you will be cooking with stevia, no calorie sweetener instead of sugar and unsweetened almond milk instead of milk.
Read more

5.0 out of 5 stars Great book
Reviewed in Canada on March 22, 2019
Love love love! Breaks down carbs, fats, sugars, protein, calories etc. Great description and options of recipes and a ton of variety. This one is more about clean ingredients. So you will be cooking with stevia, no calorie sweetener instead of sugar and unsweetened almond milk instead of milk.
Images in this review

Tags that will help you discover similar books. 5 tags
diets & weight losscookbooks, food & winespecial diethealth, fitness & dietingother diets
Results for:
Page 1 of 1Start overPage 1 of 1
Previous page
Next page
Where do clickable book tags come from?
Book tags are created from a variety of sources, some of which are customer-generated. Amazon is not legally responsible for the accuracy of the tags represented. If you are an author or publisher and would like to remove a tag associated with your title, please contact your vendor manager or publisher support team.
Back to top
Get to Know Us
Make Money with Us
Amazon Payment Products
Let Us Help You
EnglishChoose a language for shopping. United StatesChoose a country/region for shopping.
© 1996-2021, Amazon.com, Inc. or its affiliates