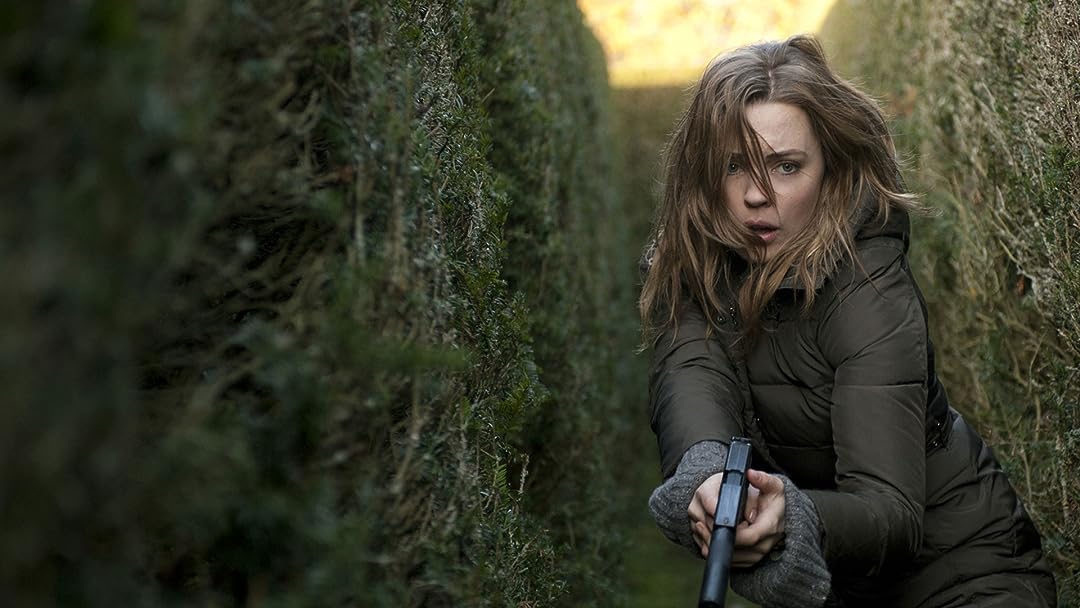 Season 1
(3,621)
7.42012X-RayTV-MA
[Cinemax] Operative Melissa George searches for the truth behind an attempt on her life in Season 1 of this series set in the world of espionage.

RicardoNMReviewed in the United States on October 18, 2017
2.0 out of 5 stars
The Vapors
Verified purchase
The real trouble with shows like this; nothing ever gets resolved. Alias was a bit like this. The whole writing effort is directed at immediate sensations and hooking the audience so they'll continue watching. The characters are just caricatures -- you never get any feeling that any of these actors ever do what they do with any sense of purpose. Is having more money...and that is all they seem to want...really a convincing purpose for any and all of the bad activities they are putting so much effort into (it would be easier to rob a bank or manipulate investment outcomes, first and foremost, than to just win a bid on foreign dam project; I mean, there is a lot of drudgery and real hard work in building a dam.)
After a while, just like in Alias, an intelligent audience will grow bored with deliberate cat-and-mouse antics and walk away feeling manipulated with no pay-off, punch-line, or purpose in sight. The bad guys are so maligned in this show that it's unconvincing that they would or even could conduct themselves in any civil way -- and this is because their characters don't have a lot of depth (or depth of purpose).
I was tempted to give this show three stars -- Melissa George is always well-worth a watch -- but I just couldn't do it.

txbluebonnetReviewed in the United States on October 8, 2017
1.0 out of 5 stars
Essentially a waste of time
Verified purchase
I watched all 8 episodes. Each episode felt repetitive. The story line was difficult to follow and it was challenging to keep my attention directed towards the dialogue. The main character was not very believable; a different actress might have improved the story line. I wanted to stick with it as I hoped that it would get better. Then I continued to stick with it as I assumed there would be some big revelations in the end. Unfortunately, there were not. I became aware of how much time that I had wasted once it got to the last 5 minutes of the finale. That was terrible.
48 people found this helpful

Linda LeeReviewed in the United States on February 19, 2017
5.0 out of 5 stars
Yes! British Spy Games ! Loved it and More Action than Homeland!
Verified purchase
Of course, like all BBC thriller, mystery, espionage shows, Hunted hooked me in and I was addicted from the start. Melissa George rock's the operative with haunting, almost dream like visions of a past that drives her storyline and her relentless watchfullness for those who want her death. Be warned, this is a one season show, so there will not be the "perfect" wrapped up in a bow ending, but you will get quite the action, packed with dramatic twists and turns, so that just when you think you have it figured out, wham another plot twist.
Lots of hand to hand fight action, gunplay, mixed with intrigue and suspense. The scenery in Wales is breathtaking and the drama takes place all over and around London. I liked that Sam, our main spy girl is a bit quirky and tough and not just the constant sex princess. Just loved this show and disappointed that Sam and her espionage career end after last episode.
43 people found this helpful

EndeavourReviewed in the United States on June 30, 2017
3.0 out of 5 stars
Good entertainment to pass the time
Verified purchase
The series starts off with a bang -- literally. The first episode got me interested and I watched the entire season. It's unfortunate the later episodes became somewhat tedious. Some of the story lines didn't connect well. It was hard to believe certain sequences involving the lead actress. She didn't seem physically capable of handling most of the fight scenes, but emerges from each without a visible scratch to her face. Some of the mysteries raised were not concluded. I guess that's because they had planned a Season 2, which did not materialize. I found the gratuitous sex scenes unnecessary. They were placed there to hold our interest, but did little to add to the plot.
26 people found this helpful

Allegra's palReviewed in the United States on June 11, 2016
5.0 out of 5 stars
Hunted: A terrific Frank Spotnitz TV series that ran only one season
Verified purchase
Not having cable, I had never heard of this series, which ran on Cinemax several years ago. It reminds me of the ever-building suspense of say, Fox's "24", except that, rather than the conflict being between governments, or even terrorists, it involves corporate espionage between .....um.......ethically-challenged corporations and individuals. Some of whom happen to be murderous psychopaths, in this instance. And their lackeys, of course. The acting is excellent, and maybe(?) because it's a relatively new show, it has a great look. It's beautifully filmed, and doesn't seem to suffer from the quality loss often seen with streamed fare. All actors are uniformly excellent; not a stinker in the bunch. The show is occasionally sexy, and so is a treat for those of us who are OK with a little spice in our entertainment. This series ran for only one season; I'm mystified as to why. It was flat-out excellent entertainment, so one can only speculate (creative conflicts? scheduling conflicts? personal conflicts? money dried up?). BTW: If you don't recognize the name Frank Spotnitz, it's a name that is becoming synonymous with excellence in well-crafted shows.
28 people found this helpful

Professor JimReviewed in the United States on September 2, 2016
4.0 out of 5 stars
Shady Lady with an Army Knife of Skills
Verified purchase
An edgily different kind of story. 1st episode gives you a clue as to just how far Sam (masquerading as Alex Kent - yes both names for a very female character) is willing to go to complete her mission. Created by Frank Spotnitz (Man in the High Castle) this was a joint effort of BBC/Cinemax . Certainly an "odd couple," There are plenty of plot twists and mysteriously sinister characters. And an unfolding back-theme about the motivation of Sam's would be assassins. Some truly shocking scenes as well. But, I think the screenwriter overdoes the technique of hiding the real direction of an outcome until it eventuates. Almost a violation of some basic presumption of "truth in the telling." You see some of that in "Man in the High Castle." but he really hits his stride here.

You'll enjoy watching it. But, put the kiddies to bed first.

Paul MarianoReviewed in the United States on June 2, 2017
1.0 out of 5 stars
Awful, Awful, Awful.
Verified purchase
Thank God they didn't do a second season. The plot lines were unbelievable. The dialogue was unrealistic. There are many entertaining spy shows out there. THIS is NOT one of them.
18 people found this helpful
See all reviews
Back to top
Get to Know Us
Make Money with Us
Amazon Payment Products
Let Us Help You
EnglishChoose a language for shopping. United StatesChoose a country/region for shopping.
© 1996-2021, Amazon.com, Inc. or its affiliates