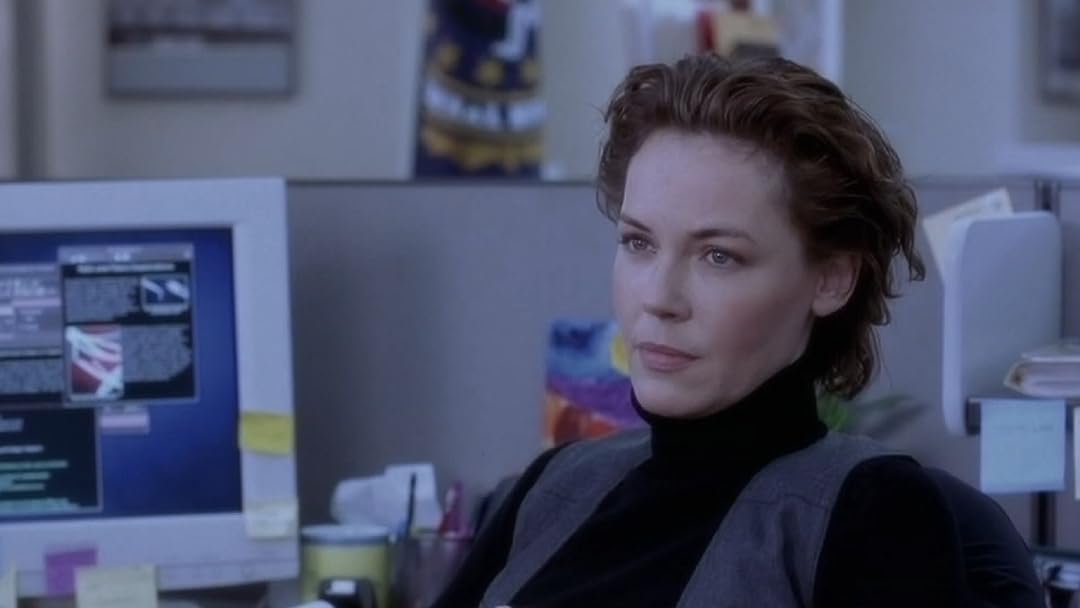 (2,305)
6.01 h 34 min2003X-RayR
Tommy Lee Jones and Benicio del Toro star in this taut action thriller about a renegade assassin pursued through the Pacific Northwest wilderness by the survival expert who trained him.

Aaron T.Reviewed in the United States on October 18, 2022
3.0 out of 5 stars
It's like 3.5 stars
Verified purchase
Most the movie is really good, there are however some major flaws that kinda take you out of it. I will try to keep it vague so it's not too bad. BUT! *SPOILERS*

Retired trainer or former/current special ops dude, both are kinda old to be doing the stuff they are doing. It also seems to me that a retired trainer shouldn't be able to go toe to toe with a special forces person if they are currently still in the military. I'd figure they are in better shape. Even more so when his job seems to be an assassin...

During the final chase, they both somehow stop to make knives. One chips a stone into knife shape, the other finds rusty steel and forges it with a fire he built. Never mind the fire getting hot enough to really do much to the steel, but how long would have taken? But somehow both figure that's a good use of their time. Why didn't the trainer guy go into it with a knife in the first place. Or a gun even? Naw, dude is gonna sit down and chip a stone into a knife. Completely logical!

Other than those two issues the rest was more basic stuff. Plot armor not letting the bad guy be really hurt. But honestly for a dumb action movie, it's pretty good and worth a watch. I enjoyed it.

Hook'nBullReviewed in the United States on November 18, 2022
3.0 out of 5 stars
Jack the Ripper meets MacGyver
Verified purchase
The story was lame and the acting not so good. The fight scenes were predictable and I felt like I was watching the rehearsals. The unconventional special training of the killer was vague and mostly left to the imagination. Other than he could throw a knife beyond that which is humanly possible, had PTSD and could forge a knife from a fire he started with tinder (while being chased in the cliffs), there wasn't much on display.

BrentReviewed in the United States on August 17, 2022
4.0 out of 5 stars
Great actors.
Verified purchase
The fighting scenes were awesome and the actors are great! 4 stars only because I wish it delved into the characters a little more and the movie was longer. Otherwise, great film.

Maureen A. ForresterReviewed in the United States on September 20, 2022
5.0 out of 5 stars
Action Packed.
Verified purchase
Excellent movie. My two favorite actors, Tommy and Benicio. The story is well written. I highly recommend. I'm late watching but glad I did.

L. D. LeeReviewed in the United States on August 21, 2022
4.0 out of 5 stars
Okay movie
Verified purchase
Keeps your interest. Nothing special
One person found this helpful

Nick RuechelReviewed in the United States on July 28, 2022
3.0 out of 5 stars
This one didn't age well...predictable outdoor survival schmaltz
Verified purchase
I was shocked to learn that this is a William Friedkin movie. I saw it years ago and liked it then but it now feels incredibly dated and formulaic. Grizzled veteran survival special-ops operative grooms prodigy who gets PTSD on deployment and embarks on a homicidal rampage using the skills that his father figure taught him. Of course, "daddy" is the only one qualified to hunt him down and bring him to justice so he reluctantly out of his self-imposed, introvert nature retirement to do the job. The awful production design (special forces with designer haircuts) is only partially redeemed by some of the nature exteriors. We never really get educated properly on our villain's inner life and trauma; it's all done in a few, short cookie-cutter flashback montages. Lee Jones is a good actor but he stinks here which is most liklely the script and director's fault. The fight scene choreography is awkward and not really well executed by either Del Toro or Jones. Neither is the story arc and conclusion which comes quite abruptly. Overall a very disappointing film with no real rhythm. You can safely skip this one.
2 people found this helpful

Gunny 48Reviewed in the United States on July 25, 2022
4.0 out of 5 stars
Warriors are needed
Verified purchase
Until they're not. Sad in a way.

MarionReviewed in the United States on September 11, 2022
3.0 out of 5 stars
Watchable but Unconvincing
Verified purchase
Tommy Lee Jones is a great actor, as is Benicio Del Toro. But they're both wrong for this movie. Two ex-special forces guys totally out of shape and over 40 doing parkour off of houses, up a bridge, over a street car, free climbing slippery waterfalls and then getting into knife fights that go on for 15 minutes when they would have bled out in two. It's just dumb. Character motivation just all seems lame. Photography is great and it's edited in such a way that you can stay with it.
One person found this helpful
See all reviews
Back to top
Get to Know Us
Make Money with Us
Amazon Payment Products
Let Us Help You
EnglishChoose a language for shopping. United StatesChoose a country/region for shopping.
© 1996-2022, Amazon.com, Inc. or its affiliates