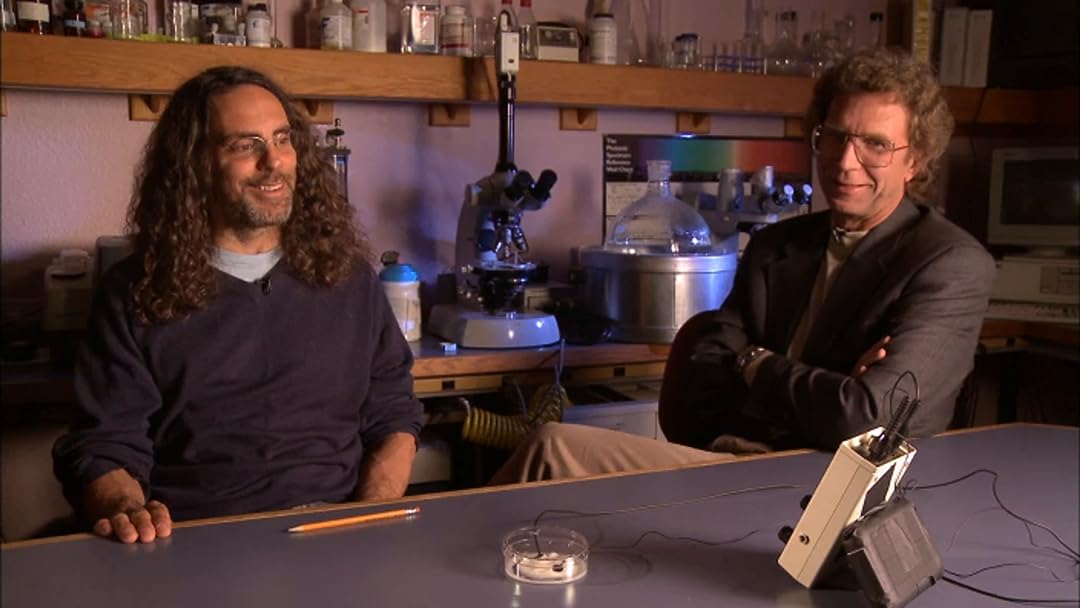 (943)
7.41 h 17 min2011X-Ray7+
Director Tom Shadyac travels the world to speak with intellectual and spiritual leaders about what's wrong with our world and how we can improve both it and the way we live in it.

Included with Gaia on Amazon for $11.99/month after trial

Watch with Gaia
Start your 7-day free trial
Add to
Watchlist
Redeem a gift card or promotion code
By ordering or viewing, you agree to our Terms. Sold by Amazon.com Services LLC.
Write review

J. TerryReviewed in the United States on August 4, 2017
5.0 out of 5 stars
I'd Only Be Repeating What Others Have Already Said.
Verified purchase
I'm not going to spend a lot of time reviewing this because others have already reviewed it favorably and I'm sure I agree with whatever they said. I just wanted to weigh in. I ab-so-lute-ly ADORE this film. Really great job, Tom Shadyac! Please do more of this. I don't know how many times I've watched this, but it always lifts me up and gives me hope for humanity.
28 people found this helpful

GoGirlGoReviewed in the United States on April 1, 2013
5.0 out of 5 stars
Inspirational and Inspiring
Verified purchase
I just watched this twice in one day, so I have a very fresh recollection of it's contents. This is a very uplifting film, and is NOT supposed to be a scientific flick. If you want one of those, go and rent The Living Matrix, or read some of Greg Braden's books.

I AM is the story of a personal transformation of someone, who at the peak of his life, thought he had everything he could possibly want; Success, Wealth, Fame, Admiration, and yet, at the end of the day, that wasn't enough to make him happy. Through a series of interviews with viewpoints of different prominent (and some not as prominent) people from across the globe, he touches on the different cultures he encounters and how it made him aware that there is so much more to the life he's living. Only a small section of the film really involves him, as he shows the audience how the journey in the making of this movie is what prompted him to make changes to his life. As a result of these changes, he's a happier man, and being much more of service to others. Granted, it's hard to feel sorry for someone who is that famous and wealthy already, but he gives you a glimpse into his heart as he moves into his mansion, then closes the door at the end of the day and feels lonely.

This movie was truly professionally filmed (how could it not be, in the hands of such an experienced movie maker). He shows joyous wonderful moments, like when the Dalai Lama rushes over to hug a young girl with such enthusiasm that is becomes a truly heart warming moment. Another scene of a little boy laughing at the camera, in sharp contrast with a little boy in africa with sadness on his face. Let's face it, life for the majority of people is a struggle. For someone who has been given the best success that can be gotten, he's a good person for making this movie. I didn't find it self serving, as other reviewers have mentioned. He had no need to make this movie, but he did it for the greater good, and I applaud him for it.

GillianReviewed in the United States on October 13, 2021
5.0 out of 5 stars
Love this documentary!
Verified purchase
Powerful message and very well done. Have watched it several times over the years with my two daughters. The first time they saw it was when they were 9 and 12 and the message left a positive imprint on them. It questions what is wrong with the world and what can we do about it? For anyone who believes that we live in an overly materialistic world and wants to do something about it, watch this documentary.
One person found this helpful

Sarah VReviewed in the United States on June 24, 2013
5.0 out of 5 stars
Great Doc, Not just Fluff
Verified purchase
Great doc...had read the book "Life's Operating Manual" by Tom Shadyac and became interested in what else he had done on the topic, like this film. Shadyac seems reluctant in both his book and film to delve too deeply into his personal journey other than bullet points, showing the same footage of his former residence/plane/car repeatedly throughout. I think it might have made his message a little more digestable...we are left to assume or infer how exactly he was unhappy with this lifestyle. BUT perhaps as a private person and perhaps in the interest of time he has focused in this film on the more objective snippets from his interviews strung together with a few interjected animated or montage based parable segways. As a comedy director, I wouldn't say docs are now Shadyac's strong suit by any stretch, especially if you have seen a lot of docs--you may find it lacking, BUT i'm giving it the 5 stars because I genuinely enjoyed the subject matter and the presentation, which I have never seen elsewhere, and it was very linear and easy to understand for what it sets out to accomplish. Would love for him to feature longer pieces of his interviews with these intellectual giants since they are only very quickly introduced with no background and you dont get much of the dialogue, just key responses...for instance, it might have been helpful to explain why interviews with Howard Zinn and Desmond Tutu (for example) are such phenomenal elements to have available in a film especially for younger audiences. There's not enough background there to flesh this out to be massively informative. It is a great teaser though, and I hope anyone who sees it takes the initiative to find out more about Shadyac's message as well as about those interviewed in the film. Again, why 5 stars despite my gentle critique? Because both my mother and I were able to watch, enjoy, and take a lot from it despite our very different perspectives and knowledge bases, therefore i'm confident others will find it almost universally appealing as well.
6 people found this helpful

M. WhiteReviewed in the United States on November 30, 2013
5.0 out of 5 stars
Wonderful Lesson, Very Inspiring Reminder That We Are One
Verified purchase
This film shows how we are taught separateness and competition from the time we are children. We are taught that “greed is good”, that the economy is all important. There's a message here - unless we adopt a very different way of thinking, eventually we will cause our own demise.

A study of animals is presented and shows the basis of nature is actually cooperation and democracy in community. And that all of life is our biological kin - animals, trees, soil, all of it are our relatives. An interesting point is made on how nothing in nature takes more than it needs – a tree only takes the nutrients it needs. Man’s greed is a form of cancer.

There is a way out of “what’s wrong with society”, it starts with how each of us looks at each other, treats each other and how we choose to live. It was mentioned that John Lennon was not a fool when he said “love is all you need”. It’s a big start.
2 people found this helpful

Mr. ScottReviewed in the United States on April 12, 2014
5.0 out of 5 stars
Soft Sell; Striaght Truth
Verified purchase
Almost every nation of the world is in some level of chaos;searching for answers. The saying: "Minds that create a problem can never be part of the change" perfectly describes the realization brought from Tom Shadyac's life changing accident. It became an awakening. From it came a shift in perspective; an opportunity to see things differently. His gift for comic expression keeps the delivery of information light yet brings the message home. It is a documentary every person should see.

Watching the 2 minute trailer had me hooked. I had to see the full video. Part of the reason I was so interested was that I had recently published a book of similar information titled SHIFT: A 5th Dimensional Approach ... Tom's interviews with the great thinkers of our time confirms that this is information that people are craving.

Ken MitchellReviewed in the United States on August 19, 2016
4.0 out of 5 stars
no man's an island
Verified purchase
It is worth a view, just to have your mind rekindle what you know to be true in your heart. While I struggle with documentaries such as this that try to say that they have found the "key" to life and meaning, Mr Barasch shares his journey to understand the question of how we should live. As is common today, he uses science to justify his ideas, it makes for a compelling case. However, the bigger ideas at the heart of the idea is more spiritual than scientific. I loved to be reminded that we are all connected even though western society would like to say that "all men are islands"
2 people found this helpful

E. ochoaReviewed in the United States on October 18, 2012
5.0 out of 5 stars
Thought provoking
Verified purchase
So this movie is not a comedy, an action film or a spoof. I had no idea when I bought it what it was about. It was required for a class so I paid and braced myself for a boring documentary. This movie is actually presented really well and is more about this guys journey and discovery than anything else. He experienced the dark side of depression, illness, physical and emotional pain and thought he was never coming back out. The greatest impact comes from the simple fact that he does not rant and illustrate his point, then go home to his mansion. Hes not even really asking for anything. Hes sharing something that profoundly changed his life and what he chose to do about it. Its a positive message, showing how humanity is a social creature and helping/caring is not a fluke but part of our genetic pre disposition. Like I said if your interested in a thought provoking perspective take a look. I don't think you will regret it.
See all reviews
Back to top
Get to Know Us
Make Money with Us
Amazon Payment Products
Let Us Help You
EnglishChoose a language for shopping. United StatesChoose a country/region for shopping.
© 1996-2022, Amazon.com, Inc. or its affiliates