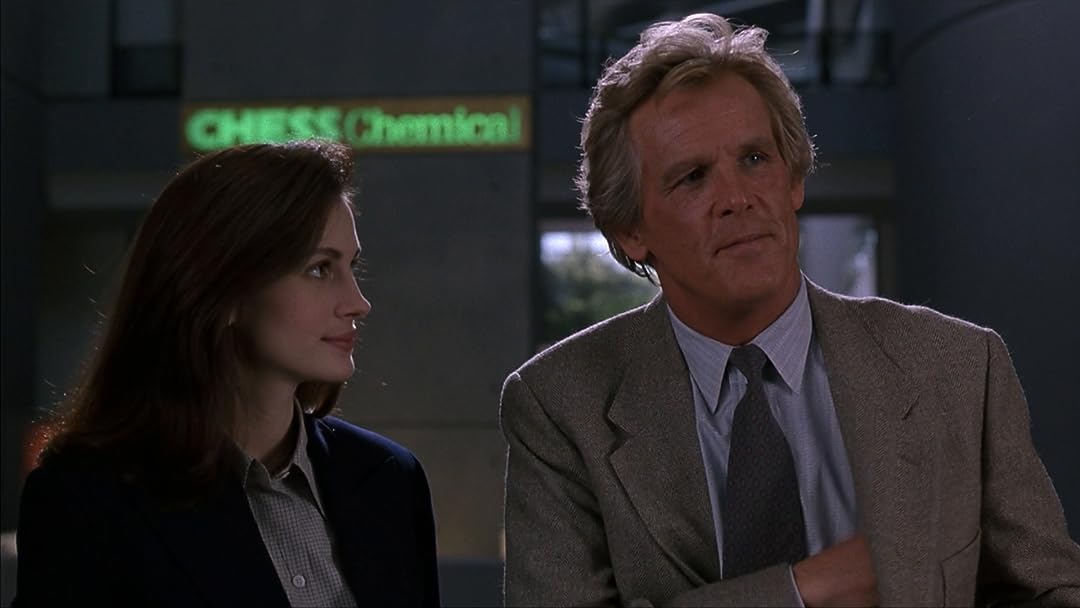 CEReviewed in the United States on July 10, 2015
5.0 out of 5 stars
Just like a 90's movie which I personally loved!
Verified purchase
I used to watch this movie off and on many years ago but apparently on VHS because I couldn't find it on DVD. Of course, I don't even own a VCR anymore, so buying this on DVD online was a little more expensive than I would have originally wanted. I was even hesitant because of some of the negative reviews. I thought that my memory of the movie was off and that perhaps it wasn't as good as I remembered. After buying it and watching it, though, I'm very glad I got it again. I remembered everything pretty well, but I also liked Nick Nolte movies from this time frame. So, this one was a good one. I am also a Julia Roberts fan so even the moments where it might have felt like her acting was "blah" it was still good enough for me.

The main reason I like it, though, is that the idea of news reporters actually digging into a story because there is something being hidden is a nice thought. I rarely see a news story these days that I feel like they have even made any effort. They sure don't follow up with anything locally so this movie is a nice difference. I realize there were complaints by some that there was too much going on and that the story didn't follow one thing, but that's kind of the way that movies go. There was the main story being chased by two reporters that were rivals and had an obvious attraction. The "love story" is kind of behind the scenes which is better in my opinion because it is really more of an action suspense movie anyway. The humor is OK but not horrible. It IS a 90's movie so you can't expect it to be as good as one from nowadays!

Overall, it is entertaining so I will give it 5 stars. The DVD worked and wasn't actually too bad of quality. What more can you really expect from an older movie?

akaReviewed in the United States on March 26, 2020
5.0 out of 5 stars
Amusing
Verified purchase
We'd seen this movie years ago & thought it would be great to have and watch during the pandemic. Like so many movies of this era, it's predictable--but that's also part of the fun. Glad we got it!
One person found this helpful

A. GoyetteReviewed in the United States on January 14, 2018
5.0 out of 5 stars
Would definitely recommend!
Verified purchase
This is my favorite Julia Roberts movie! I love the humor, the constant niggling of the characters against each other even while they fall in love with one another, and the ending has your heart going! Its exciting, its funny, its romantic. The mystery itself is pretty good too though its not extremely difficult putting the clues together. Still a great show! Definitely recommend!
2 people found this helpful

Douglas KaiuraReviewed in the United States on July 15, 2016
5.0 out of 5 stars
Great Comedy/Mystery!
Verified purchase
Great movie, reminds me of the old Katherine Hepburn/Spencer Tracy comedies or the Nick and Nora Charles mysteries. Unfortunately Nick Nolte has not aged very well, loved the Walk in the Woods but Nick now is a bit pudgy and overweight. Julia Roberts is very bubbly in this video and just loved her. Full of wit and comedy, great back and forth with characters. Loved it and would heartily recommend this video production.
4 people found this helpful

POPEYE THORNBERReviewed in the United States on September 12, 2019
4.0 out of 5 stars
FUN AND mmm SEXY
Verified purchase
This is a fun movie, plotting him against her in getting the news headlines. It kind of follows along the same script as many others where opposites finally attract. Good script and lots of action.

Samantha JolleyReviewed in the United States on March 3, 2021
4.0 out of 5 stars
Different type of love story
Verified purchase
Movie is interesting. I liked how it wasn't a typical love story. Had some suspense to it. The movie quality is pretty good. It did pause a couple times throughout, but only for a few seconds.

Mark Quilter JohnsonReviewed in the United States on October 10, 2013
4.0 out of 5 stars
This movie was trulty fun.
Verified purchase
I remember he said she said, which this movie I am sure borrowed off of that idea, competitors in the news team, and trying to out scoop one another, this one leads to a killer trying to kill Nick Nolte and Julia Robert's characters, for going overboard and trying to get the story first, so they team up to survive. He said she said, was tasteless and full of junk john hughes style, and this one is way better than that one, even if Kevin Bacon and Elizabeth Perkins are two good actors, and it had one scene that is a memory in itself... She throws the coffee cup at his head. This one had more humor, action, love, and twists.
4 people found this helpful

Amaxon CustomerReviewed in the United States on October 16, 2019
4.0 out of 5 stars
Surprisingly Good
Verified purchase
The plot changes after you get into it. Nick Nolte in one of his better roles; Newspaper reporters competing, then cooperating to solve mystery.
See all reviews
Back to top
Get to Know Us
Make Money with Us
Amazon Payment Products
Let Us Help You
EnglishChoose a language for shopping. United StatesChoose a country/region for shopping.
© 1996-2021, Amazon.com, Inc. or its affiliates