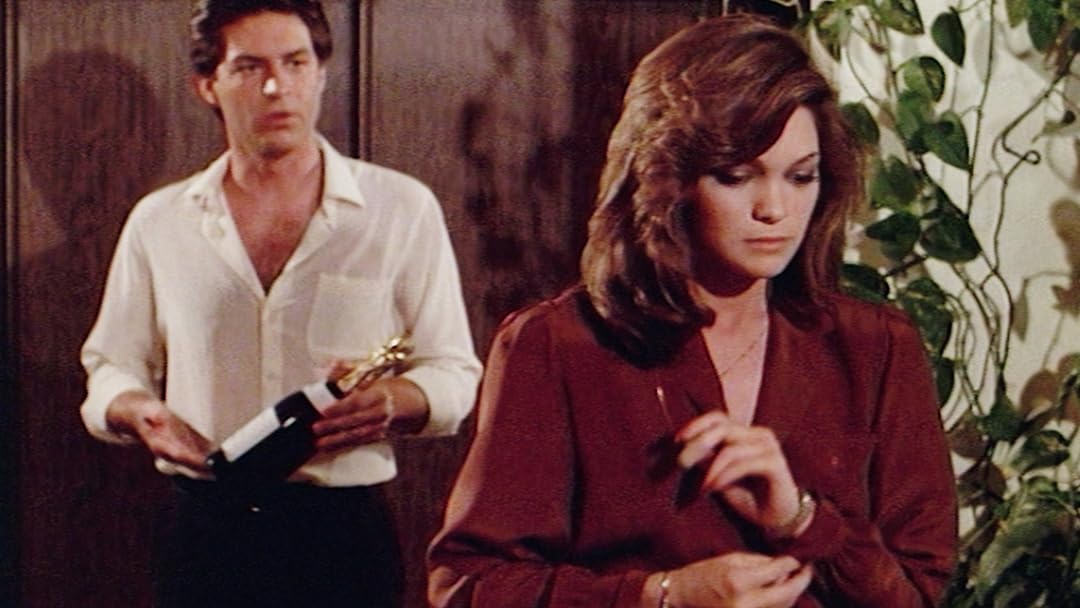 I Was a Mail Order Bride

(80)
6.01 h 32 min19827+
On a bet with one of his practical-joking partners, a Los Angeles lawyer responds to an ad from a pretty Chicago magazine writer offering herself as a bridal candidate as an investigative reporting assignment, and then makes another bet that he can keep the relationship platonic for two weeks.

This was a Made For TV movie from a time when regular broadcast TV did not have nearly as much artistic depth as theatrical productions had. Think of this as a precursor to the Lifetime and Hallmark channels, in terms of production values.

In terms of the story, settings, and witty repartée, this is not unlike some 1950s and 60s films, except for the fact that the single adult female (played beautifully here by a young Valerie Bertinelli) was a well-mannered career woman with an unabashed and healthy sexual appetite, rather than a scandalized or shameful woman as you would have seen in the 1950's and 60's.

I did NOT appreciate the obvious male and female stereotypes, which are now archaic, like the idea that women aren't mostly better drivers than men. I DID appreciate that the divorced bachelor was able to cook, clean, and sew even better than the young lady, however.

country girlReviewed in the United States on June 7, 2020
4.0 out of 5 stars
Valerie's hair is gorgeous
Verified purchase
Valerie's hair and the scene toward the end of the movie when Robert imagines Kate sitting on the stand in what looked like a mans shirt was the reason for the four stars I gave. That scene cannot be beat. The two lead actors were very attractive but their characters did not convince me they were in love with each other. I was disappointed with the movie except for about the last thirty minutes.
5 people found this helpful

Jazzy JanReviewed in the United States on May 29, 2021
4.0 out of 5 stars
Valerie Bertinelli is a Gem!
Verified purchase
I've loved Valerie Bertinelli since she played Barbara Cooper in the television sitcom, "One Day at a Time."

Her innocence brightens the screen and adds life to her role as magazine reporter Kate Tosconi.

Yes, this movie served as the prelude to How to Lose a Guy in 10 Days starring Kate Hudson & Matthew McConaughey. However, I loved How to Lose a Guy... and, very much enjoyed Mail Order Bride.

This movie is worth a watch; and, if you enjoy romantic comedies, you will probably watch it more than once. (smile)

WorkaholicReviewed in the United States on November 10, 2021
5.0 out of 5 stars
An "Oldie," but a "Goodie"
Verified purchase
This is a great movie. I saw it for the first time tonight. It was clean and entertaining. It maintained my attention. I was going to watch it while rearranging a room, but instead, I sat glued to the screen. I plan to recommend this movie to my sister, who happens to be my best friend. It was very relaxing.

OligonicellaReviewed in the United States on December 30, 2020
4.0 out of 5 stars
Standard syrupy rom/com, but holy crap, the music.
Verified purchase
Valerie is always a pleasure to watch and she can act reasonably well. The story line was subpar as was the filming.

The music was so sappy it dribbled out the speakers. Fortunately, this was a comedy so the astonishingly exaggerated music lent a humor.

ovikanobiReviewed in the United States on September 3, 2020
3.0 out of 5 stars
naive but had a few actual funny witty sequences
Verified purchase
predictable but a lighthearted fun love story too. why did they have to destroy the Ferrari? wasn't it enough she ground the gearbox to smithereens? a lawyer and a journalist, what a couple! can't be more than a milligram of trust between them :)

Tatyana MReviewed in the United States on February 2, 2021
4.0 out of 5 stars
Trip on a time machine
Verified purchase
Nice comedy, easy to watch. I liked to watch women's fashion of 80s and all the technology of the 80s. Pretty entertaining and good acting.
See all reviews
Back to top
Get to Know Us
Make Money with Us
Amazon Payment Products
Let Us Help You
EnglishChoose a language for shopping. United StatesChoose a country/region for shopping.
© 1996-2022, Amazon.com, Inc. or its affiliates