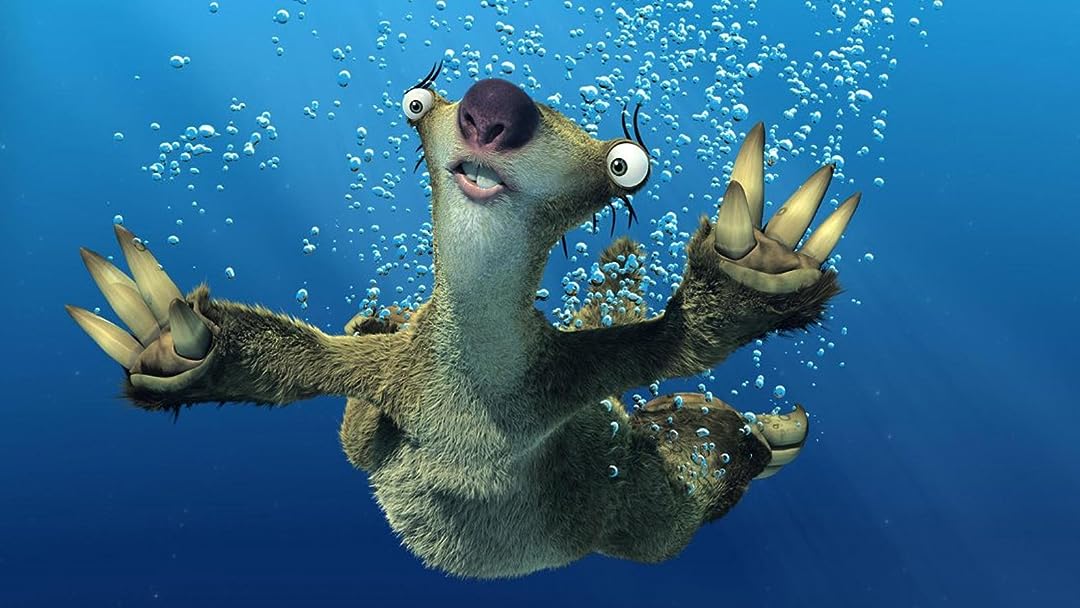 Mrs. Tammi RamirezReviewed in the United States on May 19, 2020
1.0 out of 5 stars
Not worth watching
Verified purchase
Luckily 1, 2 and 3 were the best... This one is really lame.
5 people found this helpful

DigitalPaperCutReviewed in the United States on April 4, 2013
2.0 out of 5 stars
Put a fork in Ice Age...because this series is done.
Verified purchase
I have such a soft spot for animation that I'm overly generous with applause if there's even the slightest sign of a work being created with genuine loving care, joy, excitement and inspiration. This Ice Age has none of those things.

We all knew they couldn't keep it fresh and creative forever; this episode signals they're out of ideas, out of story, out of dialogue, out of characters, out of steam and just don't care anymore. The formula for this one seems to be "Let's jam it with a wagonload of uninteresting new animals to make up for being unable to create a single new fresh, fun and funny character." They also kept the pace at a frenetic speed so viewers have no time to think about how predictable and cliche every action and phrase really is. They could have not bothered stamping out this assembly-line entry at all, and would have ended up with the same result; a totally unmemorable speed-race through a blur of storyless scenes.

Denis Leary's tough-talking tiger character finally gets a girlfriend, but even here, very little effort was put into her graphic design and dialogue to make her the slightest bit special. Remember the adorable baby in episode #1? And the fantabulously sparkling British/Aussie jungle guide from another episode? Of course you do. This sequel has none of that memorable creativity, being utterly void of charm and delight. It's only merciful act was being over and done in a flash, relieving the audience quickly of its boring misery.

Frank CastleReviewed in the United States on February 3, 2014
5.0 out of 5 stars
Ice Age Movies = Top-Notch Entertainment
Verified purchase
I'm not going to bore you with details about THIS movie alone, but instead take the Ice Age movies into account collectively.

The Ice Age movies have stayed consistently funny, witty, exciting, and intelligent. If anything, with each movie the series gets better. The cast is always stellar. The voice-acting perfect. Every story in this series is an intelligent plot pushed into motion by unique and interesting characters. The settings and effects are beautiful. The music is endearing and well-scored.

I cannot say enough good about these movies. Some adult humor and references are cleverly woven into scenes. The writing creatively integrates Scrat the Squirrel's personal quest for his beloved acorn.

Every single movie in this series truly appeals to and satisfies both children and adults. Ice Age movies are high budget, big production displays of creativity and strong writing.

I promise that Continental Drift is as good as Ice Age, Meltdown, and Dawn of the Dinosaurs.

BUY THE WHOLE SERIES if you have kids.
3 people found this helpful

L. MitchellReviewed in the United States on December 31, 2019
5.0 out of 5 stars
love all the ice age movies
Verified purchase
I have never been disappointed with the Ice Age movies. This movie had so many priceless moments. I especially loved Sid's grandma. My favorite line was by Grandma, she said to Sid " chew this sandwich for me" as she handed him a clam.
One person found this helpful

Marc not MarkReviewed in the United States on February 25, 2013
4.0 out of 5 stars
Pretty good sequel.
Verified purchase
If you are a fan of the Ice Age movie series, then you probably know what to expect here. I held off on purchasing this movie, based on negative reviews. After renting the movie and watching it myself, I find this to be a perfectly good sequel. - Is it as good as the 1st or even 2nd film? No. I don't think so; however, it is still very entertaining and fun to watch. If you have kids, I am certain they will enjoy it. There are a few cheesy moments and some not so surprising plot turns, the whole pirate theme thing and a few small annoyances with the dialogue, yet I still felt 4 stars, to say "I like it" is a more fair rating than 3 stars, for just "okay" for this 4th installment to the franchise. Worth a look and even purchase, in my opinion.
One person found this helpful

Stephanie McGrathReviewed in the United States on May 22, 2014
4.0 out of 5 stars
Good movie for 6+ in age
Verified purchase
I bought this for my 3.5 year old son because he loved the first one. We saw the second one and loved it too. The third was way too dark to him and I'm glad that I watched it first after reading other reviews. This one is good, but does have more mature content and I feel that it's a bit to old for him, better for maybe 6 years or older. The movie is good and discusses parent/teen conflicts, but when the pirates show up, it turns dark. The ape captain is pretty evil looking at points and shows claws, insinuating that he guts creatures with them. And later on he takes the mammoth's family hostage! So a bit dark for younger kids.
2 people found this helpful

susanalReviewed in the United States on January 11, 2013
5.0 out of 5 stars
The Best Ice Age yet!
Verified purchase
We absolutely love this movie! We saw it in the theater (twice for me and my youngest son) and he was eager for it to come out on DVD. We pre-ordered through Amazon for his Christmas present. We love the BluRay combo pack as we get the Blu Ray and the DVD version as well as the digital copy. This way we can play it on our Sony PS3 or if we travel he can use his portable DVD player and enjoy it.

The movie is full of humor as well as adventure. All ages will find this movie funny and enjoyable. As with the previous Ice Age movies it portrays the importance of strong bonds with family and friends.
2 people found this helpful
See all reviews
Back to top
Get to Know Us
Make Money with Us
Amazon Payment Products
Let Us Help You
EnglishChoose a language for shopping. United StatesChoose a country/region for shopping.
© 1996-2021, Amazon.com, Inc. or its affiliates