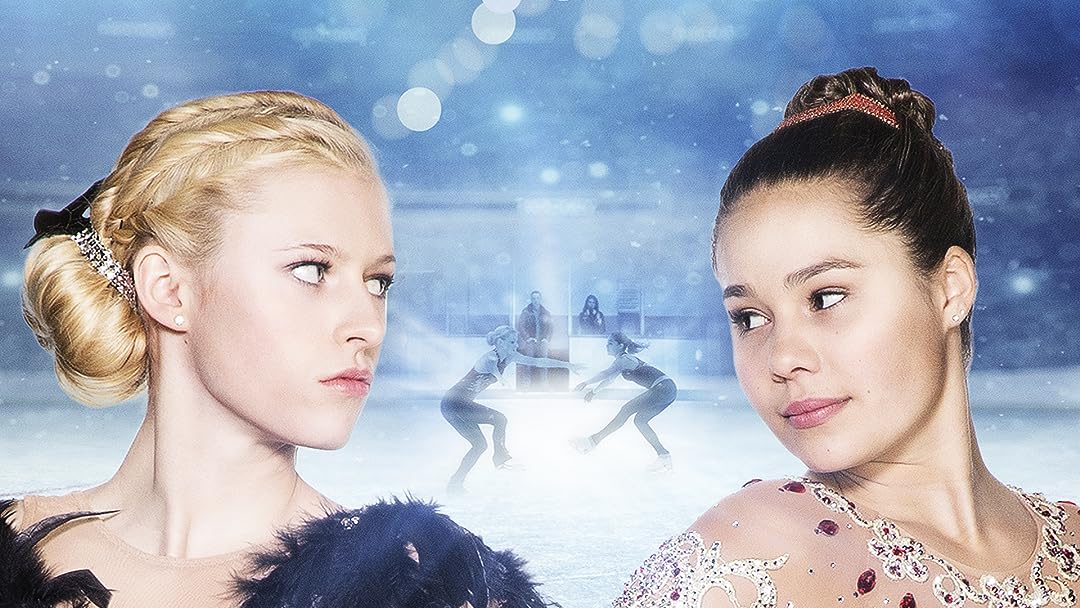 (36)
1 h 30 min2016PG
A figure skater is injured during a competition. A coach that hired her then helps her rehab her injury so that she may live her dream.

June ChabotReviewed in the United States on December 3, 2019
5.0 out of 5 stars
Not bad
Verified purchase
a very good and inspiring book about romance and friendship
One person found this helpful

Margaret DorwardReviewed in the United States on April 17, 2018
5.0 out of 5 stars
Good storyline and action
Verified purchase
Loved this film. It was a good story and the skating in the film was really good. It also had a couple of clips from my local rink in Scotland so that made it extra special. I would highly recommend it.
2 people found this helpful

noReviewed in the United States on May 16, 2017
3.0 out of 5 stars
Three Stars
Verified purchase
a good clean movie. i enjoyed it
One person found this helpful

lovebooksReviewed in the United States on January 26, 2018
3.0 out of 5 stars
Three Stars
Verified purchase
First item watching the movie it would freeze in many places.

J C MendenhallReviewed in the United States on May 4, 2017
3.0 out of 5 stars
Three Stars
Verified purchase
It wasent that good.

LisasbayReviewed in the United States on January 16, 2017
3.0 out of 5 stars
Three Stars
Verified purchase
Better than expected.
One person found this helpful

DVD reviewerReviewed in the United States on October 23, 2016
3.0 out of 5 stars
Young girls will think this film better than 3 stars
Here’s what the back of the DVD box has to say about this one: “Fifteen-year-old aspiring figure skating champion Mattie Dane is forced to put her dreams on ice after a bad fall—and her mother’s decision to relocate the family to a new town. But a chance encounter with the owner of a local skating rink rekindles Mattie’s passion to compete and sets up an intense rivalry with a talented classmate who’ll stop at nothing to win. Featuring legendary skating stars Elvis Stojko and Tessa Virtue, Ice Girls is an uplifting underdog tale that will leave you cheering.”

Here’s the problem I have with that description: There is no “intense rivalry” between girls (they get along, actually), and the “underdog tale” never has a chance to wag because the girl’s injury seems so slight and such a non-factor. Plus, one thing the copywriter neglects to mention is that this made-for-TV movie is clearly aimed at a younger audience. It’s the kind of film my daughter would have absolutely loved when she was in elementary school—now, not so much. As a high schooler she’s picking up on such shortcomings as the film’s shifting tone. Ice Girls starts out as the kind of serious go-for-the-heartstrings comeback story you’d see on Lifetime or Hallmark, but then seems to fast-forward past any rehabilitation. The musical score changes to something very Danny Elfman-like to accompany a lighter tone and what feels suddenly like a Disney Channel offering, complete with exaggerated quasi-villain.

But the fact of the matter is that there’s no real competition and no real road-to-recovery narrative, which means there also isn’t a lot of tension or suspense. What there is, at least, is some decent skating, so young Olympic hopefuls can watch and dream. Newcomer Michaela du Toit is also extremely likable as young Mattie, and down-to-earth too—the kind of non-threatening girl that wouldn’t intimidate others, the kind of girl you’d like for a friend. In other words, she’s the perfect star for a film aimed at young girls who aren’t yet ready to accept the sad truth that the world can be full of complicated people and downright mean girls. Despite a roster of one-dimensional characters and an uncomplicated plot, Ice Girls has a likability factor that will make it a hit with elementary and possibly junior high-age girls. And yes, I said “girls” because there isn’t much in the way of male characters to interest boys, unless they’re junior high age on the brink of discovering girls.

The best performance in Ice Girls comes from a non-actor. Surprisingly believable as a coach who works with Maddie is three-time figure skating World champion and two-time Olympic silver medalist Elvis Stojko in his first feature since the 2000 made-for-TV movie Ice Angel.

Ultimately Ice Girls is pleasant enough even for those outside the age range, though it still hovers in the slightly above average range. . . . unless the judges are young girls. As for the PG rating, I’m not sure what the qualifying thematic elements or language could possibly be, it’s so squeaky clean. If Ice Girls is uplifting, it’s not because of an underdog succeeding or an injured athlete working toward a triumphant return . . . it’s because the film emphasizes friendship over everything else. These days, that’s even more important.