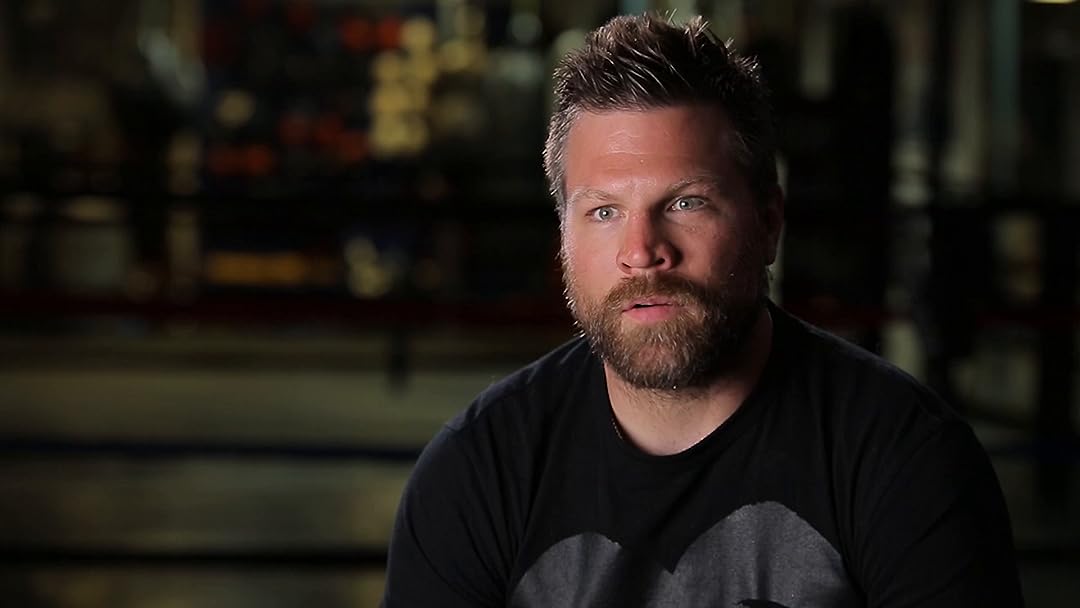 (196)
7.51 h 48 min201616+
Exploring one of the most controversial and provocative positions in the history of sport, Ice Guardians journeys into the lives of those who perform what is undoubtedly the toughest job within the National Hockey League today: the enforcer.

GSD LOVERReviewed in the United States on May 27, 2020
5.0 out of 5 stars
OUTSTANDING - NHL "ENFORCERS"
Verified purchase
Yes, the DVD is called "Ice Guardians"

However, this is the ultimate DVD on the NHL "Enforcers".

This DVD has so much information and is broken up in to terrific segments.

I was totally glued to it and decided to watch it twice. AWESOME

Honestly, I am disappointed that they did not include Darren McCarthy as one of the "Enforcers".

Yes, I am a huge Red Wing fan and a woman.

Of course, they included Bob Probert & Joe Kocur but not Darren McCarthy.

Nobody wants to intentionally fight Probie.
Probie can score and beat the crap out of you.

Fighting, definitely, needs to be put back in the game of hockey and it absolutely has its purpose.

Hockey players are the best of the best.

They put their heart, soul, passion, love, sweat, tears, and ultimately their bodies into whatever it takes in the game of hockey.

No other sport can even come close to the dedication of hard work and ultimate sacrifice.

Thank You to the NHL "ENFORCERS"

You Will Not Be Disappointed - Promise!!!

Captain Funky JunkReviewed in the United States on March 28, 2017
5.0 out of 5 stars
Fantastic Documentary!
Verified purchase
Fantastic Documentary! Clearly it's focus is in support of fighting in hockey (I share that view for many of the same reasons brought out in the film). However, the producers do give time to anti-fighting perspectives as well. Keep in mind that fighting has always been a part of the game literally from the very first organized game of hockey.
What I thought was especially interesting was one researcher pointed out that in European leagues that didn't allow fighting concussions and injuries are MORE prevalent. Presumably because there are no enforcers keeping dirty hits in check. Think about it what's worse a 2 minute minor for boarding or Kevin Westgarth's fist knocking out some Chiclets?
6 people found this helpful

JoemarReviewed in the United States on February 12, 2021
5.0 out of 5 stars
Honest look at role of the enforcer in the NHL
Verified purchase
Great documentary explaining the role of an NHL enforcer. Whether you are for or against fighting in hockey, this gives an honest look at both sides of the equation. From myths to facts explained by players, coaches, doctors and media members. Hearing the honesty from these players and their no excuses reasoning made it refreshing and an excellent watch.

Zaphod RocksReviewed in the United States on September 23, 2021
2.0 out of 5 stars
Nothing to see here, move along
Verified purchase
Pathetic that teams need an enforcer or psychopath goon in some cases. So we go thru periods of time where we have pitched battles which would get citizens jailed. Or more recently where some teams goon it up, and other teams don't seem interested in protecting the star player (Looking at you Penguins).

GMDSReviewed in the United States on December 8, 2021
5.0 out of 5 stars
Wow! What an amazing documentary
Verified purchase
Having a son who plays hockey for over 10 years and is still playing. This documentary is one that any and all hockey players and fans should watch and will enjoy what these players meant to the sport of hockey.
To each his own on if fighting should be allowed or not in the NHL....well that's for you to decide. Very well done!

m254846Reviewed in the United States on October 26, 2019
5.0 out of 5 stars
Ice Guardians Review
Verified purchase
Ice Guardians is an excellent movie. Very well done. I highly recommend this movie to anybody that would to better under the enforcers role in the hockey.
One person found this helpful

Robert SpencerReviewed in the United States on March 9, 2017
5.0 out of 5 stars
Great insight into the roll of the hockey enforcers
Verified purchase
Thus us an excellent documentary about hockey enforcers. It goes in depth into all aspects of their role. It also covers concussions from both sides, those for and against fighting. This is a must watch for hockey fans.
5 people found this helpful

MtReviewed in the United States on April 8, 2017
5.0 out of 5 stars
Great movie
Verified purchase
Never knew that these players existed. The ending was quite sad & is part of a different time in sports. The love of some sports have been replaced by competition to pay for the high cost of college education or earning money to be in the limelight of professional sports. I have gained a greater appreciation for the old school professionals & athletes after watching this movie!
One person found this helpful
See all reviews
Back to top
Get to Know Us
Make Money with Us
Amazon Payment Products
Let Us Help You
EnglishChoose a language for shopping. United StatesChoose a country/region for shopping.
© 1996-2022, Amazon.com, Inc. or its affiliates