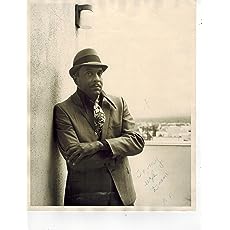 Iceberg Slim, also known as Robert Beck, was born in Chicago in 1918 and was initiated into the life of the pimp at age 18. He briefly attended the Tuskegee Institute but dropped out to return to the streets of the South Side, where he remained, pimping until he was 42. After several stints in jail he decided to give up the life and turned to writing, crafting most famously his autobiographical classic, Pimp: The Story of My Life. He died in 1992.
Read more 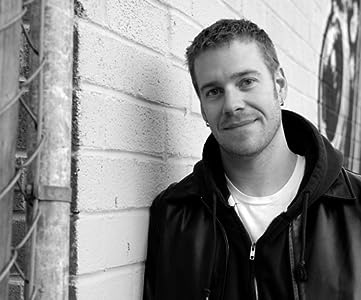 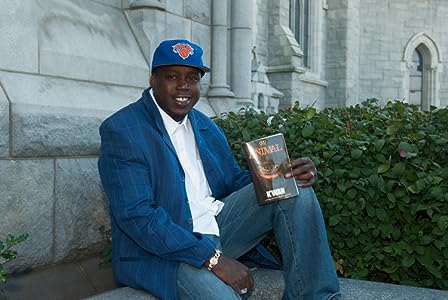 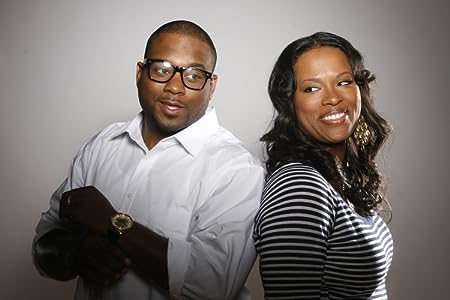 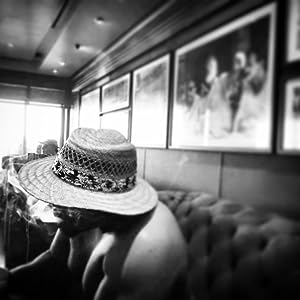 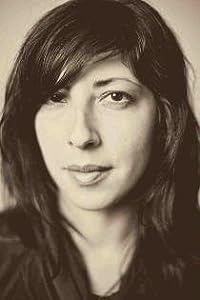 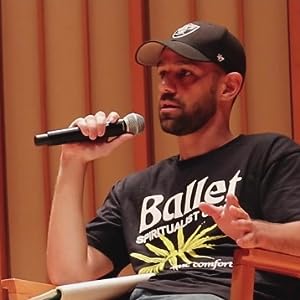 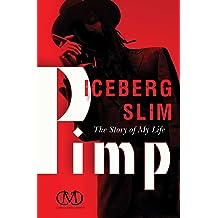 Pimp sent shockwaves throughout the literary world when it published in 1969. Iceberg Slim’s autobiographical novel offered readers a never-before-seen account of the sex trade, and an unforgettable look at the mores of Chicago’s street life during the 1940s, 50s, and 60s. In the preface, Slim says it best, “In this book, I will take you, the reader, with me into the secret inner world of the pimp.” An immersive experience unlike anything before it, Pimp would go on to sell millions of copies, with translations throughout the world. And it would have a profound impact upon generations of writers, entertainers, and filmmakers, making it the classic hustler’s tale that never seems to go out of style.
Read more
Other Formats: Audible Audiobook , Paperback , Mass Market Paperback , MP3 CD , Multimedia CD 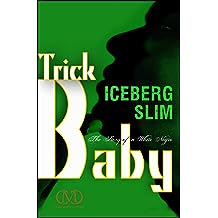 Trick Baby Sep 13, 2011
by Iceberg Slim
( 124 )
$12.99
The author that brought black literature to the streets is back. Weaving stories of deceit, sex, humor and race Iceberg Slim, best-selling author of Pimp, brings us the story of a hustler who doesn’t just play the con game, he transforms it.

This is the gritty truth, the life of a hustler in south side Chicago where the only characters are those who con and those who get conned. Trick Baby tells the story of “White Folks,” a blue-eyed, light-haired, con-artist whose pale skin allows him to pass in the streets as a white man. Folks is tormented early in life, rejected by other children and branded a “Trick Baby,” the child conceived between a hooker and her trick. Refusing to abandon his life in the ghetto and a chance at revenge, Folks is taken under the wing of an older mentor, Blue. What happens next is not to be believed. Only Slim could bring us the story of a hustler, forced to learn the game and rise to the top. It’s Slim’s story and he tells it in the only way he knows how, in the language of the streets.
Read more
Other Formats: Audible Audiobook , Paperback 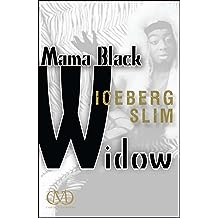 Mama Black Widow: A Story of the South's Black Underworld May 7, 2013
by Iceberg Slim
( 141 )
$12.99
“Iceberg Slim breaks down some of the coldest, capitalist concepts I’ve ever heard in my life.” —Dave Chappelle, from his Netflix special The Bird Revelation

The most gritty and real illustration of the black ghetto ever told, from the only man capable of telling it, Iceberg Slim, bestselling author of Pimp. Iceberg Slim’s story is now depicted in a major motion picture distributed worldwide.

Mama Black Widow tells the tragic story of Otis Tilson, a stunning black drag queen trapped in a cruel queer ghetto underworld. In hopes of escaping the racial bigotry and economic injustice of the South, Otis’ family journeys north from their plantation to an urban promised land. Once in Chicago Otis and his brother and sisters become prisoners to a wasteland of violence, crime, prostitution and rape. This is the gut-wrenching tale of the destruction of a family and the truest portrayal of homosexuality in the ghetto ever told.
Read more
Other Formats: Audible Audiobook , Paperback , Mass Market Paperback , MP3 CD 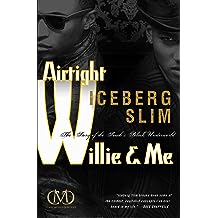 Airtight Willie & Me Mar 12, 2013
by Iceberg Slim
( 27 )
$5.99
“Iceberg Slim breaks down some of the coldest, capitalist concepts I’ve ever heard in my life.” —Dave Chappelle, from his Netflix special The Bird Revelation

In this collection of six gritty tales from the underground, Iceberg Slim creates a tribute to the streets and those forced to try to survive them. Iceberg Slim’s story is now depicted in a major motion picture distributed worldwide.

From slick con men, classic tales of revenge, to a heist gone awry, Robert Beck, the man many know as Iceberg Slim, brings us on a ride through the terrifying urban streets. With the same unforgettable and distinctive prose, Airtight Willie & Me is further evidence that Iceberg Slim is the only author capable of capturing the language of the streets. Compelling always, funny sometimes, and typically bleak at their ends, Slim gives us six slices of city life that will leave you thirsting for more.
Read more
Other Formats: Audible Audiobook , Paperback , Audio CD 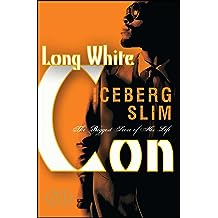 Long White Con: The Biggest Score of His Life Jan 3, 2012
by Iceberg Slim
( 50 )
$5.99
Iceberg Slim, best-selling author of Pimp and Trick Baby, brings us yet another riveting classic. Continuing the saga, Long White Con tells the story of the most incredible con man ever to have risen.

Picking up where Trick Baby left off we dive into the world of Johnny O’Brien, better known as White Folks. After learning to use his fair skin to his advantage to rise to the top of the Chicago con game, Folks is back for the big money and the big stakes of the long con.

Following the death of his partner and mentor, Blue, Folks takes off for Canada. Having honed his skills and polished his acting, Johnny is done cheating marks out of small money. With a gang of grifters working with him, High Pockets Kate, High Ass Marvel and the Vicksburg Kid among them, Folks is after the biggest score of his life.
Read more
Other Formats: Audible Audiobook , Paperback , MP3 CD 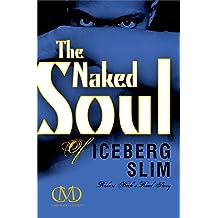 The Naked Soul of Iceberg Slim: Robert Beck's Real Story Sep 10, 2013
by Iceberg Slim
( 10 )
$5.99
In “The Naked Soul of Iceberg Slim,” the fierce and lyrical icon for criminal reformation describes himself as “ill…from America’s fake façade of justice and democracy.” For Iceberg, the illness may have been a detriment, but for us, it’s a gift. His tales serve as a chilling reminder that we are all still inmates of one prison or another, and the time to break free has arrived.

Iceberg Slim took the public into the raw, unseen, predatory reality of America with “Pimp”. This time around, he puts the emphasis on reality with his collection of personal essays. This is Iceberg, in California, broken down into a million pieces of anger, wisdom, but ready for a shift in his own consciousness. From the corrupt LAPD to a broken heart, Iceberg recounts woes that the average Joe can’t even fathom. Iceberg Slim takes us for a ride; this time not only through the harrowing world of a pimp, but through his brain, his soul, and his psyche. The racist, gut-wrenching universe Iceberg Slim inhabits throughout this novel and his struggle to endure is one that will be appreciated by all. The story’s arch of chaos to cleansing is startlingly honest. After all, one can’t help but root for the man who had the courage to rupture the bars of the cell society created for him and the man who gave a voice to those too afraid to speak. In “The Naked Soul of Iceberg Slim” his voice reigns loud and clear, and ready for vengeance.
Read more
Other Formats: Audible Audiobook , Paperback , Audio CD 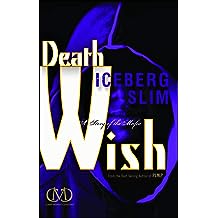 Death Wish: A Story of the Mafia Jan 1, 2013
by Iceberg Slim
( 16 )
$5.99
This is the original mafia story that spawned all the rest, the story of Chicago’s ruthless and tireless mafia. The intensely real characters, the brutal overlords, their faithful lackeys and their vengeful enemies all collide in acts of loyalty, lust, greed and death.

Power hungry Don, Jimmy Collucci, is out to become the kingpin of Chicago’s “Honored Society.” However his rise to the top can only be thwarted by one man fueled by revenge set out to destroy it, the “Black Warrior” Jessie Taylor. When ambitions collide, guns are drawn and blood is spilled. This is the original mafia story.
Read more
Other Formats: Audible Audiobook , Paperback , MP3 CD