Track your books
Bring your club to Amazon Book Clubs, start a new book club and invite your friends to join, or find a club that’s right for you for free.
Explore Amazon Book Clubs
Flip to back Flip to front
Listen Playing... Paused   You're listening to a sample of the Audible audio edition.
Learn more
See all 13 images 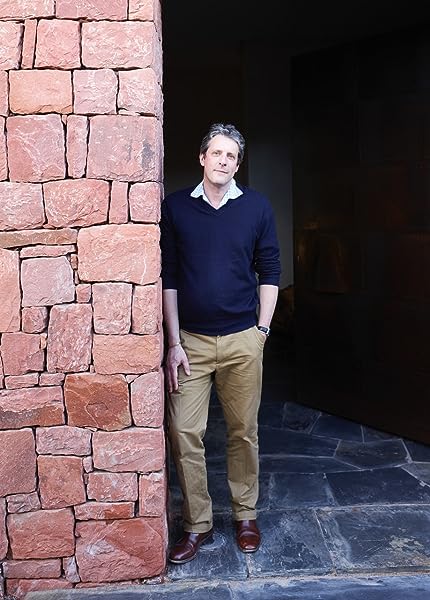 "The Iconic Interior really does live up to its billing … these homes are bona fide standard bearers for the styles they represent, whether it’s Oscar Niemeyer cresting a wave of West Coast Modernism, Marcel Wanders launching himself into Futurism with his Mallorcan casa, or Coco Chanel tooting the horn for Art Deco in her Paris apartment."
― World of Interiors

"Emphasizes the breadth of diversity of style and imagination in residential architecture and interior design."
― Designers Today

"A panoramic and delightful tour of a century of changing taste."
― Interior Design

"A sophisticated tour of exceptional domestic spaces from the early 20th century to now."
― *Wallpaper

Dominic Bradbury is a journalist and writer specializing in architecture and design. He writes for many magazines and newspapers in the UK and internationally, including Wallpaper*, World of Interiors, House & Garden, Vogue Living, The Telegraph, The Times, and the Financial Times. His many books include Mid-Century Modern Complete, The Iconic Interior, Mountain Modern, Waterside Modern,  and most recently, Off the Grid: Houses for Escape.

Richard Powers is a photographer specializing in interiors, architecture, and the built environment. His books include The Iconic Interior, Beyond Bawa, and New Paris Style.
Tell the Publisher!
I'd like to read this book on Kindle

4.3 out of 5 stars
4.3 out of 5
19 global ratings
How are ratings calculated?
To calculate the overall star rating and percentage breakdown by star, we don’t use a simple average. Instead, our system considers things like how recent a review is and if the reviewer bought the item on Amazon. It also analyzes reviews to verify trustworthiness.
Top reviews

Robin
5.0 out of 5 stars Rooms for everyone
Reviewed in the United States on March 27, 2020
A worthwhile reprint of Bradbury's 2012 edition and slightly updated with the addition of three house interiors (and it's called a compact edition but it's only around five centimetres less on the width and depth). The thing that almost all the interiors have in common is space and how it's creatively used in each room to reflect the house owner's living ideals.

The rooms are presented historically from Edith Wharton's 1902 Mount House in Massachusetts up to the 2018 Commune designed Berkeley House in San Francisco and worth saying that a third of the hundred and three house interiors are in the US, the remainder are scattered around the world though mostly in Europe. The format for each house starts with a quite comprehensive essay on the various rooms and how the actual structure could influence the way furniture and fittings are positioned. A good example of this is British designer David Pocknell's 2007 barn conversion to a home and office, planning regulations had to be taken into account as well as supporting beams, seven photos reveal the designer's clever solution. John Lautner's 1962 Garcia House in LA has a huge vaulted roof that flows over the whole structure creating sloping ceilings in several rooms, nine photos, over two spreads, show how cosy the rooms look.

Living rooms provide the big photos for each interior (with several showing those tables displaying mini stacks of thick cultural books) and smaller ones for bedrooms, kitchens and bathrooms usually over two spreads. Oddly Dieter Rams has his interiors summed up with three photos on one spread (maybe less is more) and Eduardo Longo's 1979 Casa Bola in Sao Paulo is another oddity because it's a sphere, another example of how the structure dictates the arrangement of the living areas.

I enjoyed looking through the six hundred photos in the book and because the past and presents owners generally reflect a cultural or creative persona the design solutions are extremely varied and visually quite stimulating. Rooms here for everyone.
Read more
Helpful
Report abuse
See all reviews

Jeni G.
3.0 out of 5 stars Too much text and not the best photography.
Reviewed in the United Kingdom on June 15, 2020
Verified Purchase
The photography was not of the standard I would have expected, many seemed really dark, and the text was heavy going and repetitive in places. While the selection of designers was international the bias was towards north American contributors. I enjoyed browsing through and will keep, but it was not the source of inspiration it aspired to be, more an academic reference book than a glossy table-top time.
Read more
One person found this helpful
Report abuse
See all reviews