101 Ideas to Kick Your Ass Into Gear and millions of other books are available for Amazon Kindle. Learn more 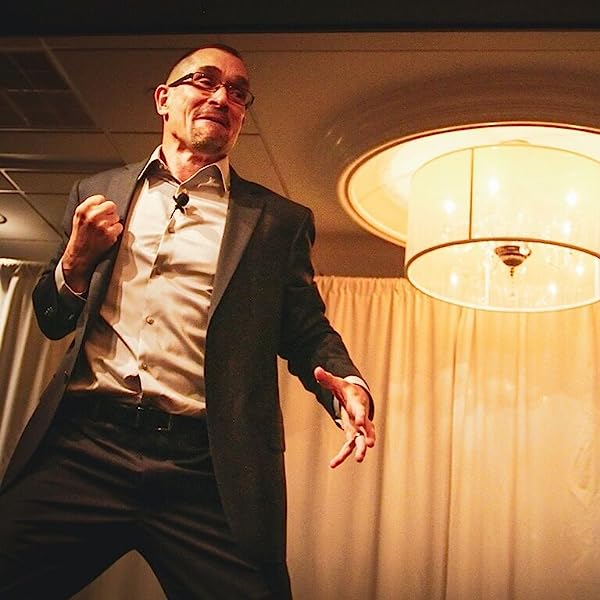 by Ian Gray (Author), Nicklaus Suino (Author)
5.0 out of 5 stars 5 ratings
See all formats and editions
Sorry, there was a problem loading this page. Try again.

We spend more time glued to our glutes than ever. The latest numbers suggest that the average person spends sixty hours or more a week using his butt as a base of operations. That's why we've presented you with 101 activities ranging from those which would cause any rational person to tremble in fear - like organizing your office - to things that you may consider just an ordinary weekend pastime - like jumping into the abyss with a giant rubber band tied around your waist. The plan here is to put some dare in your derrière, and some juice in your caboose, some whoosh in your toosh. And to help you get out of the rut created by your butt. So what are you waiting for? Pick a chapter and put some hum in your bum, some flair in your fanny, and some kick in your can! After you’ve done a dozen or so of these activities, you’ll look back and wonder how you ever managed to spend so much time parked on your posterior!
Read more
Previous page
Next page

Ian Gray is a media consultant, writer, musician, and budding public speaker with an eye on being the next Ellen. Nick is a martial arts expert, attorney, writer, and business consultant who specializes in kicking your ass into gear.

Start reading 101 Ideas to Kick Your Ass Into Gear on your Kindle in under a minute.

For over three decades, thousands of people have become more centered, happier, and more successful with Nick’s guidance. He has been called “one of the leading martial arts instructors in North America,” but his influence radiates far beyond the dojo. He has made it his life’s mission to learn the fundamental principles of success in many different fields, apply them, and share them with people.

Author of ten books, including THE FLYWHEEL, LOOK UP! and BUDO MIND AND BODY (named “Essential Gear” by Black Belt Magazine), Nick has helped transform professionals, business owners, athletes, martial artists, and ordinary people with his presentations, group training and coaching. His book PRACTICE DRILLS FOR JAPANESE SWORDSMANSHIP spent many weeks as the #1 selling title in the Fencing Books category on Amazon.

Nick owns all or part of successful businesses in diverse fields like martial arts, marketing, publishing and law. He has been honored by the University of Michigan–Dearborn as “Mentor of the Year”; by the Bluewater Chamber of Commerce’s Business Expo for advancing entrepreneurship; and by the International Martial Arts Federation for supporting traditional Japanese budo. He and his work have been featured in a wide range of publications, including Black Belt Magazine, The ANN Magazine, and the Journal of Asian Martial Arts.

He’s taught self-defense and empowerment to hundreds of men, women, girls and boys. Nick and his teams have a commitment to support worthwhile causes – it’s an essential part of their mission. They’ve donated to dozens of organizations in the past decade, including Fisher House of Michigan, Boy Scouts of America, Alzheimer’s Association, SafeHouse of Ann Arbor, Center for Independent Living, and Wounded Warrior Project.

5.0 out of 5 stars
5 out of 5
5 global ratings
How are ratings calculated?
To calculate the overall star rating and percentage breakdown by star, we don’t use a simple average. Instead, our system considers things like how recent a review is and if the reviewer bought the item on Amazon. It also analyzes reviews to verify trustworthiness.
Top reviews

Gail Silver
5.0 out of 5 stars Go for it
Reviewed in the United States on February 13, 2012
Verified Purchase
This is a fun and entertaining way to get yourself thinking outside of the box. This book will help you let go of those excuses and just go for it. Shake up your rut, jump the tracks and let your imagination do some freewheeling. By the time that I had finished reading the authors' ideas to get me off my ass, I came up with a bunch more on my own. A must read for anyone who is having trouble getting motivated or who feels that they are stuck in their life.
Read more
One person found this helpful
Helpful
Report abuse

KMB
5.0 out of 5 stars Not Your Run of the Mill Idea Book
Reviewed in the United States on January 17, 2013
Verified Purchase
I was pleasantly surprised that the book contains some unusual approaches to procrastination. The writers are at times irreverent and off-the-wall. Most people I know have some kind of book like this on their shelf - this is the one that is actually fun to read yourself or with friends. Recommended.
Read more
Helpful
Report abuse

Terrance Osterhout
5.0 out of 5 stars I need this ass kicking!
Reviewed in the United States on June 25, 2014
This fun, thoughtful, and concise book has been intentionally kept in my office and whenever I get lazy or procrastinate, I pick it up, flip through it, and am reminded that I need to get to work and stay focused.

It is to the point and smart!

Sometimes the obvious isn't so obvious, and we need a reminder and this book provides 101 inspiring reminders.

Charles Houghton
5.0 out of 5 stars Inspiring and amusing!
Reviewed in the United States on February 22, 2012
Surprisingly thoughtful, non-pedantic strategies for re-framing impulses that lead to procrastination, stagnation and general torpor. Highly recommended for short bursts of inspiration throughout the day.
Read more
One person found this helpful
Helpful
Report abuse
See all reviews
Back to top
Get to Know Us
Make Money with Us
Amazon Payment Products
Let Us Help You
EnglishChoose a language for shopping. United StatesChoose a country/region for shopping.
© 1996-2021, Amazon.com, Inc. or its affiliates