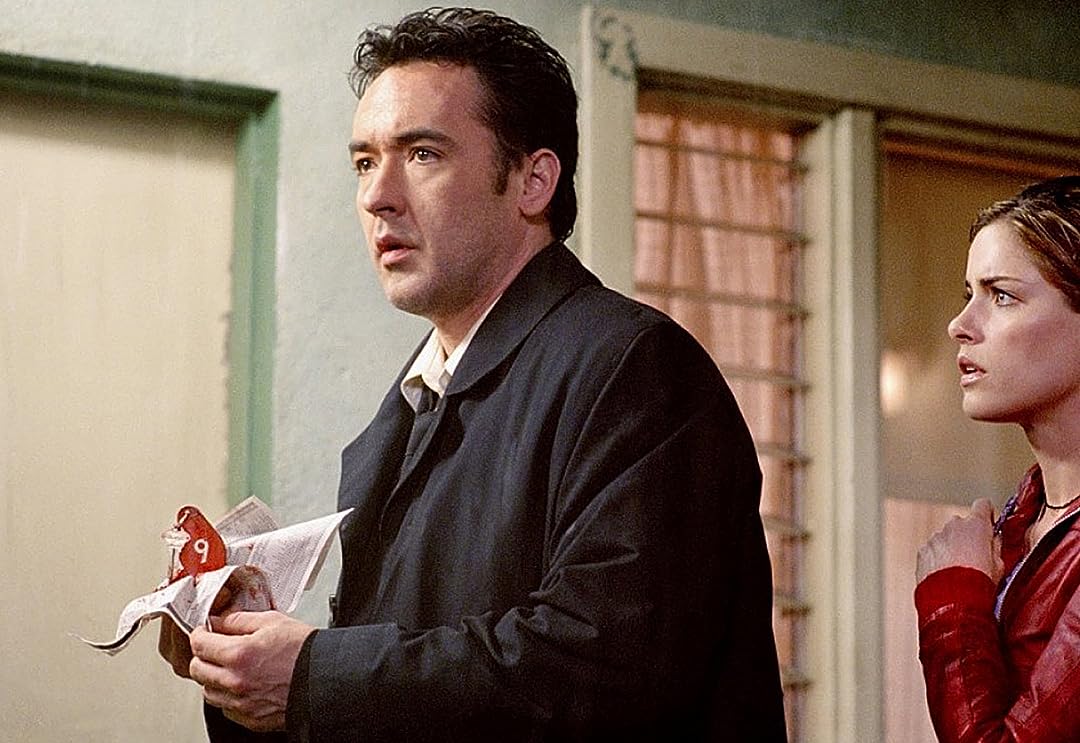 (2,910)7.31 h 30 min2003X-RayR
Ten strangers become stranded at a desert motel by a violent storm and quickly find themselves being murdered one by one.

joel wingReviewed in the United States on April 20, 2020
2.0 out of 5 stars
You'll feel cheated by the twist at the end
Verified purchase
Identity is one of those movies with a big twist that people either love or hate.

The movie begins with a psychiatrist going through the files of serial killer Malcolm Rivers. He finds a diary that allows Malcolm to stay his execution to go over his case one more time. Rivers suffers from multiple personalities and recites a story about how he saw a man that wasn’t there. That foreshadows what will happen later on.

Then things suddenly flip to something completely different as a number of different people check into a motel. One family suffered an accident and the wife was badly injured. One is a prostitute. One is an actress and her chauffeur. One is a cop with a criminal, and another is a couple. They all get stuck at the motel cut off from the outside world and then people start ending up dead. The twist in the story is how the murderer Rivers is connected to the people in the hotel and it is not what you expect.

People who like the film will take about the innovative twist. Those that hate it will feel like they’ve been cheated and that most of what they just watched doesn’t really matter at all. Put me in the latter camp. Even worse is that the twist is revealed 2/3 of the way into the movie and then they continue as if the audience is still supposed to care about the storyline that’s not relevant anymore.
C

Peter WeylandReviewed in the United States on May 4, 2019
5.0 out of 5 stars
Incredible Psychological Thriller
Verified purchase
Some people might go into detail about this movie. Personally, I'm not going to do that. The less you know about this movie going in, the more you'll enjoy it. All I'll really say is that it's one of the best mystery movies you'll ever come across. You'll never quite understand what's truly going on, until the conclusion. If you think M. Knight Shyamalan is the king of twist endings, you need to check out Identity. It beats Shyamalan twist endings up, and steals their lunch money. Very enjoyable flick, I got the DVD so all my friends could check it out. Absolutely give this one a watch.
6 people found this helpful

Buz from JerseyReviewed in the United States on September 30, 2015
5.0 out of 5 stars
Not just another haunted house
Verified purchase
I'm a psychologist, but I was at least an hour or more into this film before I realized what was actually going on. The basis for the plot is sound and very imaginative. The execution is superb. It sort of reminded me of "Jacob's Ladder." When the truth is known, everything fits. The intelligent viewer will experience that 'of course' moment when the light goes on and everything makes perfect sense. Hawkes squeezes every bit of tension and fear out of the situation, and his characters are spot on in their reactions to impending doom. Great movie.
24 people found this helpful

my morning reviewReviewed in the United States on June 23, 2016
5.0 out of 5 stars
a mystery in a riddle in a motel
Verified purchase
Its always good to see Ray Liotta. He shines in anything, he just has some quality that is appealing. Cusack way overused by now,
but in this film was still kind of interesting. It is a fantastic premise that gives nothing away until the end, a sad ending.

a rainy motel where it never stops raining and you cant leave. People start dying. There are keys.
meanwhile a patient is about to be put to death somewhere...

its a mystery in a riddle in a script about a .. well watch it for yourself. It's very good. scary.
10 people found this helpful

pattiJReviewed in the United States on November 15, 2020
4.0 out of 5 stars
Well, that was...odd
Verified purchase
Interesting movie. Not much I can say, don't want to ruin it for anybody but their still might be a spoiler in here, not sure. You think you know where it's going but that's wrong, so you get another idea and that's wrong too. Then there's a twist and you're like oh wow, I didn't see that coming. And then there's a second twist. Just lop that part off, felt tacked on anyway, and you'd have a five star movie.
One person found this helpful

Kindle CustomerReviewed in the United States on August 2, 2013
5.0 out of 5 stars
Don't Find Out the Ending
Verified purchase
While, no doubt, those who made the film are aware of Hitchcock's Motel classic, there is no need for everyone who watchhes to compare that with the Old Man's. Forget Hitchcock and watch this superior Who Dun It with a fresh mind. It is a good one. The story is simple, and, yes, one might might be reminded, as is one of the characters in this movie, of the Christie based mini-classic (starring, among others, Barry Fitzgerald) whose title was changed from that of the book to Ten Little Indians (look up the title assigned at its birth to see why it was changed). As I say, the story has a group of people blocked from further travel by flooded highways, staying in a roadside motel, which had been built on land on which, long ago, American Indians had been forced to camp, only to die of starvation and disease. Among them is a convicted murderer and his guard, who also had been trapped by the flood. After a bit of getting acquainted, trouble begins.
John Cusack, Ray Liotta and Amanda Peet, lead a talented cast in the ever more gripping drama. The story is built up neatly, piece by piece, to a surprising denouement and counterpoint. The suspense is nicely graduated so as to keep one attuned with no accumulated fatigue to the end. This is one where knowing the end will much diminish the pleasure derived from the movie. There is sufficient violence to require care about the maturity of the viewer, but it is nothing compared to the average violent film these days.
5 people found this helpful

JmanReviewed in the United States on August 11, 2013
4.0 out of 5 stars
One of the best psychological thrillers ever made!!
Verified purchase
I actually saw this movie on TV a few months back. It was late at night and I had nothing better to do so I just started watching it. About a half hour into the movie it started to get really good. By the end of the movie I couldn't believe what I just watched. This movie has three twists in it, with the first twist being the biggest mind screw, I like to call it the 180 twist. The theme of the story is loosely based on Agatha Christie's 'Ten Little Indians'. 10 strangers get trapped by a storm and have to wait it out at a nearby motel. One by one they start getting killed off. This may sound like the cliché "who dunnit" type of film noir that has become so familiar in most murder mysteries, but trust me, just when you think you know where this movie is going it will take you in a 180. You will not see this twist coming, and it's not a twist which damages the story line in anyway. As a fan of movies in general, but especially horror movies and psychological thrillers, I give 'Identity' 4 stars. This movie is well worth the watch!
6 people found this helpful
See all reviews
Back to top
Get to Know Us
Make Money with Us
Amazon Payment Products
Let Us Help You
EnglishChoose a language for shopping. United StatesChoose a country/region for shopping.
© 1996-2021, Amazon.com, Inc. or its affiliates