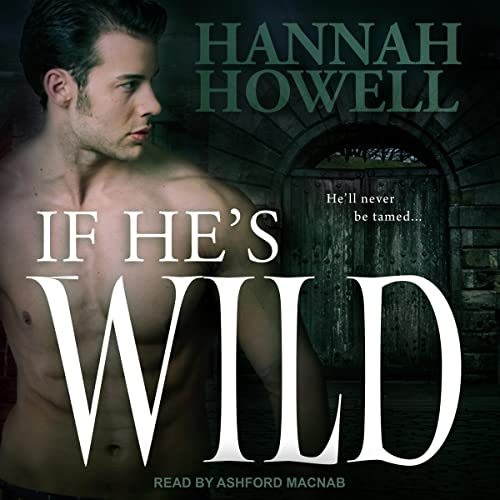 Lady Alethea Vaughn Channing is haunted by a vision of a man in danger - the same man who she has seen in her dreams time and time again. She doesn't even know his name, and yet she feels an intense connection between them. And she knows with an inexplicable certainty that she is the only one standing between him and disaster.

Rakish Lord Hartley Greville is capable of protecting himself, as he has proven more than once in his perilous work as a spy for the crown. If he's to carry out his duty, he'll need to put aside the achingly beautiful woman with the strange gift. And yet, when Alethea's visions reveal a plot that will pit innocent children in danger, Hartley will not be able to ignore the destiny that binds them together - or resist the passion burning between them.

4.7 out of 5 stars
4.7 out of 5
392 global ratings
How are ratings calculated?
To calculate the overall star rating and percentage breakdown by star, we don’t use a simple average. Instead, our system considers things like how recent a review is and if the reviewer bought the item on Amazon. It also analyzes reviews to verify trustworthiness.
Top reviews

J. W. Garrett
5.0 out of 5 stars “…visions, murderous rogues, traitors, and a coldly evil woman…” [quote from the book]
Reviewed in the United States on March 10, 2021
Verified Purchase
Review: Rating: MA: mature-reader [->17]: erotic sex, deviant references [but not grounded], graphic and descriptive violence, murder, madness, espionage, possible trigger warnings for violence against women, murder, torture, spying for the French, murder, treachery, traitors, murder: did I mention ‘there be’ murder? Language: British cursing: Angst level: high: Book 3/7 in the psychic Wherlocke, paranormal series: Source: purchased: I had previously read this series in paperback form and have been systematically gathering the ebooks for my personal library. Now that I have all the books, I have looked forward to reading them again. I am fascinated by this family. There are so many of them and their ‘gifts’ are so unique and varied. You almost need a play-bill just to keep up with them. I was sorely tempted to create a spreadsheet and list them all with their powers. I resisted, of course. I may have a touch of OCD, but not that bad. This review may contain spoilers.

This story was extremely interesting and I enjoyed it even more than books 1 & 2. We have the story of Alethea Vaughn with the gift of seeing visions. She was five-years-old when she first saw a vision of a young Hartley Greville. Every year, for the next fifteen years, she would experience a vision of him during an emotional time in his life, good or bad. The last one she had was of his death and she knew she had to warn him. Enlisting the aid of her uncle Iago Vaughn [who had his own gift], she traveled to London in search of Lord Greville.

Villains: talk about your evil villains, this will take your breath away. I don’t think I’ve read of such cold-hearted evil to the extent of this story. This was no walk in the park. This was hardcore madness. Life had no meaning and no one [man, woman, or child] was safe. Nothing was sacred. Everything was about money, control, power, money, prestige, and what someone could do for them. Did I mention money?

What I liked: there was humor in spite of the dangers and atrocities in this story. I loved the cadre of friends and associates surrounding Lord Greville. Those guys were a hoot. They were so much fun and such a help to our main characters. They all worked for the Crown [perhaps I should say the Home Office] in some capacity or another and were in the process of plugging the holes that were leaking information to the French. Then in walked Lady Channing and her Uncle Iago with information regarding a plot to kill Hartley. As they worked through the labyrinth and intricacies of the plot, they discovered that many of Lady Alethea’s relations also worked for the Crown in areas they didn’t even know existed. Who was this family? I LOVED it and HIGHLY recommend it for those who love mystery, intrigue, adventure, and with a healthy dose of HEA thrown in.

Wherlocke Series: each book can standalone and usually contains references to and visits from characters in previous books. I love this family.

Thea
5.0 out of 5 stars Excellent!
Reviewed in the United States on October 30, 2015
Verified Purchase
I am writing this review after having read all 7 books in this series. And I have to say this is my favorite.

I like both H and h. Author established their character early on and stuck to it. There may have been a few TSTL moments for the h but not enough to ruin the book for me.

Further, I liked the fact that after knowing what 'gift' h had, H used it. And h volunteered her powers for the cause. It makes sense to me that the h, who accepts her gift, is more than willing to bend over to make use of that gift. Many books have a lot of characters reluctant to use those powers even to the point where you want to smack them in the head. Fortunately, this one does not have smack-worthy moments.

The story is also an interesting and fun mix of espionage, thrills, romance, sex, and emotions. There were very few boring moments.

The side characters were also interesting. The H's best friends and relatives were given enough substance to make them solid and admirable characters in their own right. Also, h was willing to accept the help of her family members without much fuss. If my loved one went missing, I'd certainly use all resources I have available.

I would say that of all 7 books to-date, this is the most solid one. Basically dotted all the I's and crossed the T's. The excellent epilogue tied the bow for me.

If you were to spend money on any of these Wherlocke books, use it on this one. You won't regret it. Too bad Hannah Howell doesn't write fast enough. I wasn't too fond of books 1 and 7, maybe 3 stars at the most. The rest fall between 3 1/2 - 4 stars for me. Hope the next book is a 5 again.
Read more
2 people found this helpful
Helpful
Report abuse

Sally Jo Mikush
5.0 out of 5 stars I really love her characters!
Reviewed in the United States on April 14, 2021
Verified Purchase
I have read two of her books and I'm looking forward to the next one. There are so many twists and turns in these amazing stories. The characters are so real you can almost see them yet they have many different gifts. Each person has something unique about them. There are seers, healers and emphays. These books catch your interest from the start and hold you till the end.
Read more
Helpful
Report abuse

Kathryn Green
5.0 out of 5 stars Alethea and Hartley, Book 3
Reviewed in the United States on November 9, 2015
Verified Purchase
Just finished book three in the Wherlocke series! Another excellent adventure into which I can easily immerse myself and stand on the sidelines and experience it right along with the characters. Ms. Howell's creative mind and descriptive way of writing just never disappoints! Romance, paranormal, excitement, and emotions all covered seamlessly in her writing. I also very much enjoyed the talents of Ashford McNabb ... her French accent was a personal delight for me to hear even if it wasn't usually for a popular character. This book will not disappoint any of my friends. I loved it and immediately rand out to make sure I have book 4. I hope she continues this series as I've just fallen in love with so many of the characters. I'd love to see them all be able to have their own story (I know, I'm asking a lot of Ms. Howell) However, if they weren't so great I wouldn't bother. Don't miss this amazing series!!! You'll really be missing out if you do.
Read more
2 people found this helpful
Helpful
Report abuse

Kindle Customer
5.0 out of 5 stars Greatly enjoying this series, except...
Reviewed in the United States on February 3, 2021
Verified Purchase
Somewhere in the publishing process there is someone who doesn't know the difference between discreet(careful in one's speech or actions) and discrete (separate in form or concept). This turns MS Howell's excellent prose into nonsense. I can hope that somewhere in the other books English will prevail. Read this book. You won't be sorry!

LCGalvez
4.0 out of 5 stars Wild
Reviewed in the United States on September 1, 2015
Verified Purchase
This has been an unusual series for me, a little outside my norm. I am enjoying the entire series the characters a quirky and fun. The writing itself is a little more "wordy" than I'm used to but it fits for the time period. The nice thing is you will get really strong H/h as characters without the too stupid to live women or 2 dimensional men.
If your looking for a break from paranormal and don't object to period pieces give this a try it's really a can't miss. It's a tiny bit paranormal and not a typical romance.
The writing is strong, the flow good (does have a couple slow spots nothing to take away from the whole), the dialogue organic and natural.
Read more
Helpful
Report abuse
See all reviews

Kindle Customer
5.0 out of 5 stars She's done it again
Reviewed in the United Kingdom on January 1, 2019
Verified Purchase
I liked this book because it's slightly different.The story line is believable and kept my attension all the way through.
Read more
Report abuse

Kindle Customer
5.0 out of 5 stars Love it
Reviewed in the United Kingdom on January 22, 2013
Verified Purchase
I love all these books they are different and i have a job to put them down i have already preordered the new one
i have started from no1 and carrying on from there well i hope they carry on, also the childrens antics are fun aswell
so there is some humour in aswell.
Read more
One person found this helpful
Report abuse

S. D. Whitethread
5.0 out of 5 stars Worth a read
Reviewed in the United Kingdom on June 26, 2018
Verified Purchase
A great book in the series. There is always a good plot around the key characters. Invest in the series.
Read more
Report abuse

esther
5.0 out of 5 stars Thanks
Reviewed in the United Kingdom on October 25, 2017
Verified Purchase
Thank you for my order it was on time and as described
Read more
One person found this helpful
Report abuse

Imelda
5.0 out of 5 stars Finished another one into the next
Reviewed in the United Kingdom on October 7, 2016
Verified Purchase
Another one finished next one. Ready to read. Hannah Howell said one of my favourites, I always enjoy her writing
Read more
One person found this helpful
Report abuse
See all reviews
Back to top
Get to Know Us
Make Money with Us
Amazon Payment Products
Let Us Help You
EnglishChoose a language for shopping. United StatesChoose a country/region for shopping.
© 1996-2022, Amazon.com, Inc. or its affiliates