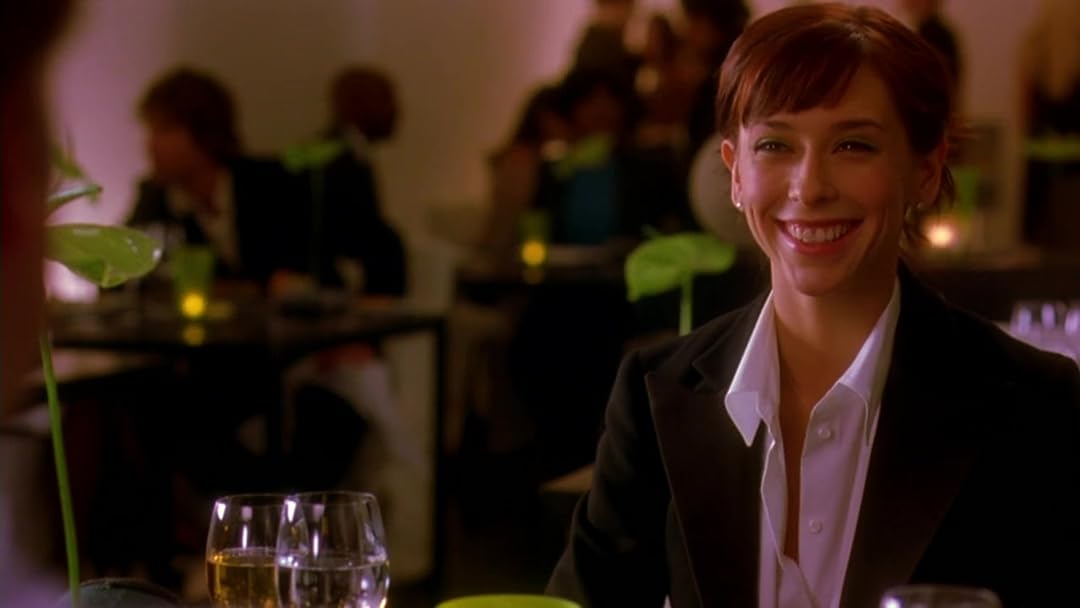 (371)
1 h 35 min2004X-RayPG-13
It takes a tragedy to teach the young businessman Ian to put love ahead of work and open up to his musician girlfriend Samantha.

Alison C.Reviewed in the United States on February 26, 2021
2.0 out of 5 stars
The Ultimate in Sappiness
Verified purchase
I came to Amazon to see the end of If Only after seeing the first half of it two or three times on TV.
It's the story a slightly neglectful man whose violinist (apropos) girlfriend gets killed in an accident and when he wakes up the next day to find out it hasn't happened yet, he tries to change the outcome. it may be better watched from 10 feet away, because it's exponentially more sappy watching on a tablet from a foot away. It was already stretching credulity - and I like fantasy as much as the next person - but they live one of those days that would take 3 days in reality, which is annoying and usually takes me out of the movie. Near the end of it, Hewitt is standing in the rain with water dripping off her hair at a rate so excessive it became comedic and I expected it to become literal (off camera) buckets pouring down on her, Python style. By this point it seemed that it was more of a vehicle to show off Love Hewitt's singing and emoting, and a close shot of her butt, writhing into the camera. That was cringeworthy, as was her dropping off the boyfriend's "forgotten" papers for his presentation.
A couple of reviewers here have compared it to Sliding Doors and Groundhog Day. I love Groundhog Day. It's one of my favorites. Sliding Doors, on the other hand, is a perfectly loathsome movie. If you want to feel depressed, go to IMDb and read the quotes from it. It would be hard to write worse dialogue for a movie. Plan 9 has more natural dialogue. Just because all three movies play with time does not make them comparable in any other way.
But back to If Only. Do people really enjoy super sappy movies that manipulate them into crying when it's a totally capricious plot twist? - SPOILER ALERT! - stop now if this sounds like you'd still want to watch it. I assumed it would end up with a happy ending, but hey, maybe she lost a man who really loved her but she got to be a famous singer! Seems like a fair trade.

neaReviewed in the United States on April 17, 2021
5.0 out of 5 stars
Sad beyond words
Verified purchase
If you are suffering a loss of your own, this movie will not be good for you. I just watched it and now depressions is on me. I needed a happy ending. I guess people like to cry and like sad endings, but right now it would have been best if they had decided this one could do without all the tears. It could have gone either way, their choice, they made the wrong one for me. I knew long before it ended how it was going to end, maybe I am also able to see into the future. This is a good movie, but just be warned, if you are already emotional, make sure you watch it with a friend. Someone who can tell you it will be okay.

Amazon CustomerReviewed in the United States on February 7, 2020
2.0 out of 5 stars
hallmark
Verified purchase
pretty much a hallmark movie. has all the trappings: a man who learns the lesson that he must love more. sacrifices his life for the woman he loves. a devoted woman who wants nothing more than to be loved. throws in a bit of magic, with a nod to Groundhog Day. nobody behaves in a way remotely like reality. so if you are in the mood for a trademark hallmark boilerplate, give this one a whirl. oh, and by the way, Hewitt is too cute by half (you sometimes want to slap her).
One person found this helpful

jillnezReviewed in the United States on September 26, 2010
5.0 out of 5 stars
appreciate her...love her
Verified purchase
Incredibly moving, lighthearted at times, IF ONLY is one of those movies that brings about conflicting emotions at the same time. The story is quite simple: Samantha (Hewitt) is, as she put it, a very distant second in her boyfriend Ian's (Nicholls) life and she is tired of it. Ian loves her, to be sure, but does not act on it. When Samantha suddenly dies, Ian regrets everything he did--or rather, did not do--when he had the chance to. But then, the morning after, he wakes up and Samantha is at his side, as alive as anyone, and it dawns on him that he's been given a second chance. Life, destiny, whatever you call it, pressed the rewind button on his life and allowed him to finally appreciate her, to actually love her.

I thought the movie was well done; like I said, very simple, nothing fancy. The leads fit their roles quite well. As a few reviewers have pointed out, Jennifer Love Hewitt isn't the greatest actress out there; however, in all the flicks I've seen her in, this was the one where she showed that she could actually act and do it well, given the right script, co-actors, director, etc. I found her very charming and likable in this movie. Paul Nicholls also gave a good performance as the cold, neglectful boyfriend; even more so when during the "rewind", as he finally opens up and drops all pretenses and just simply loves her.

This is a sad love story; so if you're the type to cry at the littlest things, I'd say be prepared and watch this with a handkerchief or tissues nearby. You'll leave feeling a little sad and wistful but in a good way..
8 people found this helpful

RoyReviewed in the United States on April 21, 2006
4.0 out of 5 stars
CORNY AND MANIPULATIVE...BUT IT WORKS
Verified purchase
This is hardly an original movie, let's start with that. Then again, what was the last truly original movie you've seen? Now that we got that out of the way, let's agree that you either love sappy romances that have that "if only" element attached to it or hate them.

This movie is in the vain of such films as "Family Man" and Chances Are." Jennifer Love Hewitt is "Samantha" an American living in London with her boyfriend, "Ian" (played by Paul Nicholls). Ian is absorbed in his work, not being the boyfriend he could/should be. When Samantha dies in an auto accident, Ian is racked with guilt...until a cab driver makes possible the opportunity to relive the last day they spent together.

Well, suffice to say, having the chance to do it all over again, Ian is everything he wasn't the first time around. But yet little things throughout the day seem to indicate that no matter what happens, the day will end with Samantha dying. Unless....

I can't spoil it for those who haven't yet seen it. There will be tissues and there will be tears. It isn't anything you probably haven't seen before, but it works like a charm this time.

Jennifer Love Hewitt really should be the go-to girl for romantic movies. She has the girl next door appeal that woman don't find threatening and men find attainable (think Meg Ryan). And, yes, women will swoon over Ian.

From what I've been able to gather, this movie was released overseas theatrically, but was only on ABC Family in the United States. The fact that Amazon has it listed probably means there is a DVD release in the future and this one is well worth owning.
3 people found this helpful

violet butterfly Reviewed in the United States on March 2, 2020
5.0 out of 5 stars
Fantastic Movie in my opinion
Verified purchase
If you like a sappy love story you will love this movie!! I loved it. Its one of my all time favorites. I'm not one to give spoilers so I'm not telling you about the movie, just keep an open mind when you watch it. It's one of "those" kind of movies!! and have a tissue box close by.
3 people found this helpful

'round it goesReviewed in the United States on February 15, 2020
5.0 out of 5 stars
WOW
Verified purchase
Love Jennifer, this movie took me by surprise, tears fell down my cheeks the whole time, it was so good. the actors were amazing.
One person found this helpful

mswoonReviewed in the United States on January 12, 2020
4.0 out of 5 stars
Romantic sappy movie
Verified purchase
This is a sappy romantic movie that has a simple plot. The girl is not getting the full attention of her lover and dies. But he somehow (there is no rhyme or reason why he gets a second chance) boards the taxi driven by an angel and gets to relive it. Of course he did everything right the second time around.

I did not expect Jennifer Love Hewitt to sing not one but two songs in the movie. This seems to be a movie meant for her to showcase her talents.
See all reviews
Back to top
Get to Know Us
Make Money with Us
Amazon Payment Products
Let Us Help You
EnglishChoose a language for shopping. United StatesChoose a country/region for shopping.
© 1996-2022, Amazon.com, Inc. or its affiliates