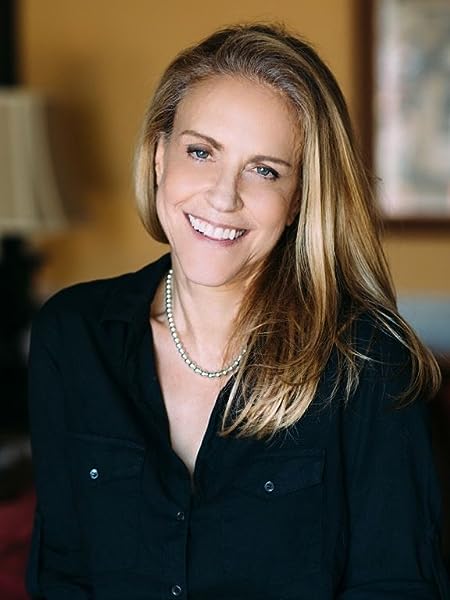 Laura Joffe Numeroff is the acclaimed #1 New York Times best-selling children's author of “If You Give a Mouse a Cookie” and the subsequent If You Give... series. First printed in 1985, “Mouse” is now beyond its 60th printing. The fourth book in the series, “If You Take a Mouse to the Movies” was on the New York Times Children’s Best Seller list for five months- nine weeks at number one.

Born in Brooklyn, New York, Laura grew up as the youngest of three girls, surrounded by art, music, and books. She attended Pratt Institute and graduated with a degree in communications and a contract for her first children’s book, “Amy for Short,” published in 1975 by Macmillan.

In 2000, If You Give a Pig a Pancake” was featured on the Oprah show three times, and was recommended by Oprah’s first kids’ book club, as well as being noted as Oprah’s favorite children’s book of the year on her Christmas show. “Pig” was also on Publishers Weekly Bestseller List for over a year. In addition, the series has sold over 4.5 million copies, been printed in fourteen languages, and won the prestigious Quill Award in the picture book category.

An avid animal lover, Laura, with co-creator Sean Hanrahan, released "Raising a Hero," about a puppy learning to become a service dog and help children with disabilities and special needs. A portion of all sales supports Canine Companions for Independence, a non-profit providing skilled service dogs to children, adults and veterans with disabilities, free of charge.

President George W. Bush, First Lady Laura Bush and Hillary Clinton have all read Numeroff’s books to children. First Lady Michelle Obama, with her mother and two daughters Malia and Sasha, read Laura’s “If You Give a Mouse a Cookie” at the 2010 Easter Egg Roll on the White House Lawn. Laura was one of ten children’s authors invited to a literacy day in Washington during the Bush administration in 2001. Laura has also visited over 100 elementary schools and has been a speaker at teacher conferences around the country.

In addition to her work with service dogs and kids with disabilities, Laura donates a portion of her book royalties to First Book, a non-profit organization that provides brand new books to children who otherwise would not have access to them. She donated all royalties from “The Hope Tree – Kids Talk About Cancer,” to the Susan B. Komen Breast Cancer Foundation.

4.8 out of 5 stars
4.8 out of 5
339 global ratings
How are ratings calculated?
To calculate the overall star rating and percentage breakdown by star, we don’t use a simple average. Instead, our system considers things like how recent a review is and if the reviewer bought the item on Amazon. It also analyzes reviews to verify trustworthiness.
Top reviews

tackett2005
3.0 out of 5 stars Not what I expected
Reviewed in the United States on June 24, 2021
Verified Purchase
After reading all the rave reviews about the awesome life lessons kids were learning from these books I’ve never heard of, I figured I had to give them a try.
To put it simply, underwhelming at best.
It never really drives home a point or a distinct lesson, it just runs through the story and leaves it up to interpretation. Which is fine I guess. But not the life changing, must have feeling - all the other people were putting out for these books.
Read more
2 people found this helpful
Helpful
Report abuse

Lauren
1.0 out of 5 stars White-washed
Reviewed in the United States on March 10, 2021
Verified Purchase
The stories are cute but the illustrations of the kids are very disappointing. On the Amazon Prime show they are diverse, but in the books every single person appears to be white.
Read more
4 people found this helpful
Helpful
Report abuse

DRAM
5.0 out of 5 stars cute books
Reviewed in the United States on September 9, 2021
Verified Purchase
My Granddaughter had these books when she was very young, we found her books from her childhood for some reason we couldn't find these. She was so disappointed so I ordered them for her for a Christmas present she is going to be so excited, she is 28 now (LOL) thanks for a great present!
Read more
One person found this helpful
Helpful
Report abuse

Rafael Gabriel
1.0 out of 5 stars Not as described
Reviewed in the United States on December 2, 2021
Verified Purchase
Arrived as only one book and in bad condition. Returning and upset about the false advertising.
Read more
One person found this helpful
Helpful
Report abuse

Darlene M
5.0 out of 5 stars Great price for a set
Reviewed in the United States on February 13, 2021
Verified Purchase
The set is great. My granddaughter loves them.
Read more
One person found this helpful
Helpful
Report abuse

Charee
5.0 out of 5 stars Nostalgia!
Reviewed in the United States on July 19, 2021
Verified Purchase
These are sooo cute! My mom would read all these books to me when I was young so I purchased this as a baby shower gift and I know whenever I’m going to have a kid I’ll be buying this set again!
Read more
One person found this helpful
Helpful
Report abuse

Leah Christopher
5.0 out of 5 stars Great value and variety
Reviewed in the United States on April 29, 2021
Verified Purchase
Books came flat and undamaged and we’re cheaper than buying them used individually. Great collection for my three-year-old. I bought them to take on a flight. They were light in the backpack and she was so excited each time I pulled one out.
Read more
Helpful
Report abuse
See all reviews

Elisa
5.0 out of 5 stars Great books!
Reviewed in Australia on November 13, 2021
Verified Purchase
My students love the books. They want me to buy all the titles.
Read more
Report abuse
See all reviews
Back to top
Get to Know Us
Make Money with Us
Amazon Payment Products
Let Us Help You
EnglishChoose a language for shopping. United StatesChoose a country/region for shopping.
© 1996-2022, Amazon.com, Inc. or its affiliates