Iga and Koka Ninja Skills and millions of other books are available for Amazon Kindle. Learn more
Share
Have one to sell?
Sell on Amazon 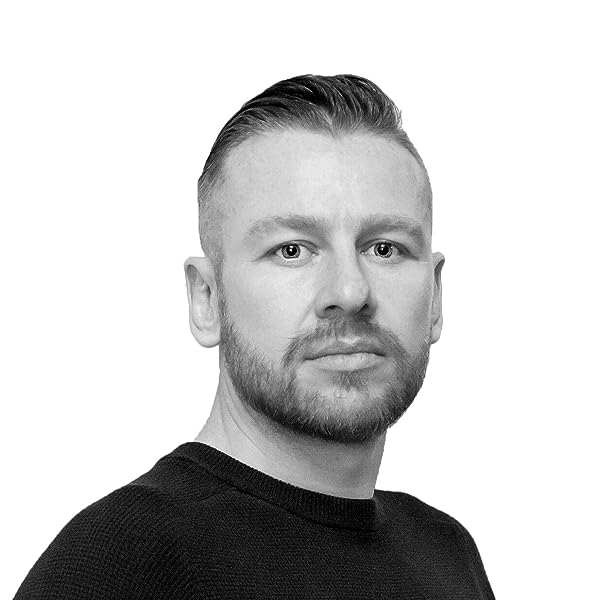 by Antony Cummins (Author), Yoshie Minami (Author)
4.7 out of 5 stars 130 ratings
See all formats and editions
Sorry, there was a problem loading this page. Try again.

Translated for the first time, the secret manuals of the oral tradition of the Iga and Koka Ninja, feared and respected across Japan for centuries

"A retainer of our domain, Renpeido Chikamatsu Hikonoshin Shigenori, each morning washed his face and hands, dressed himself in Hakama and prayed in front of the kamidana alter. . . . His prayer was thus: 'Please afford me success in war.' He kept to this routine all through his life."

Through patient and scholarly detective work, Antony Cummins and the Historical Ninjutsu Research Team have unearthed a Shinobi treasure in Chikamatsu's lost scrolls. The 18th-century military historian, Chikamatsu, recorded the oral traditions of the Ninja and passed on those skills in lectures he gave at his Renpeido school of war in Owari domain during the early 1700s. Chikamatsu wrote specifically about the Shinobi of Iga and Koka, regions from which warriors were hired all over the land in the days of war. The lost scrolls are filled with unknown Shinobi teachings, skills that include infiltration, assassination, explosives, magic, and commando tactics, and includes an in depth commentary on Sun Tzu's famous 13th chapter, "The Use of Spies."

Anthony Cummins is the author of Conversations with an Assassin, The Illustrated Guide to Viking Martial Arts, To Stand on a Stone, and True Path of the Ninja. He is a martial arts teacher and a specialist on the ninjutsu manuals of Japan, and has released several DVDs as well as working as a host in the documentary The Ninja: Shadow Warriors. YoshieMinami translated the Shoninki by Natori Masazumi, also in collaboration with Antony Cummins.
Start reading Iga and Koka Ninja Skills on your Kindle in under a minute.

sookie
4.0 out of 5 stars GREAT BOOK FOR THE PART! *with added material of time in research*
Reviewed in the United States on August 19, 2013
Verified Purchase
appreciate your work and tunneling through paper work to give the everyday guy a PARTIAL look into the life of a samurai spy dont be fooled into thinking this is the total art as there is so much more but for what this is its great honest and good info from the heart of a true samurai.

So as to a partial look into the life and times of a a samurai who knew of the arts of the shinobi this is a great book! or is it??

As for those saying here is definitive proof all shinobi / ninja were samurai. The story of one man or his clan cannot make that conclusion. you would also need to understand Japans whole military system in a whole and what area and clan did what.

There are descendants of true samurai family that would be upset with the fact of saying all shinobi were samurai.

There research should be done before making that accusation.

lastly now few years down the road after reading the abundance of ants books against other traditionally transcribed but on similar if not the same subject itt seems this book may have stuff init bent to the way ant sees it or wants it to go a recurring theme amongst a lot of his works books and video accumulated so approach these works with caution put them all together and see for yourself if a recurring theme doesnt seem to appear the only one that doesnt is the book one the lost school where he couldnt influence everything there because it was still somewhat alive and in play. which also played a part in my decision to add this in.

so this said while it may seem like honest words from chikamatsu its seems the could have been bent or misinterpreted on purpose to fit the authors need. its the great game people do your research and train right and decide for your self most i have encountered have a agenda whether on purpose or not some have asked whens my book coming out .
.it doesnt need to all the information is now widely available other than exact recipes or so called oral traditions are all thats missing and those will prolly never be shared in modern print -i.e.- look at the old anarchist cookbook could you image writing that now and putting any name on it? same reason why some true ninja scrolls and lineage will never come to light people will need to accept this part of it.
Read more
5 people found this helpful
Helpful
Report abuse

Amazon Customer
5.0 out of 5 stars In depth, and excellent.
Reviewed in the United States on July 25, 2013
Verified Purchase
If you haven't got this book yet, get it, you won't be disappointed. Antony Cummins and Yoshie Minami have uncovered a real gem here. The information contained within this book will reveal the inner workings of the shinobi, if anyone is still on the fence about whether the ninja were samurai or not this will erase all doubts. And the in depth discussion and analysis of Sun Tzu's 13th chapter on the use of spies is both intriguing and enlightening.
Read more
9 people found this helpful
Helpful
Report abuse

Amazon Customer
5.0 out of 5 stars Real Shinobi Skills
Reviewed in the United States on November 4, 2013
Verified Purchase
This book has more than met my expectations. There is a lot of information in this book as far as advice on how something should be done and why, it also gives instruction on how to different things and why. This is a great book by itself, or added to the collection of books by Antony Cummins. I myself have become a fan of the Ninja and learning what they are really about and not the fantasy that I have heard about for years. I hope this helps, I have never given a book review but I believe this book deserves a positive review!
Read more
17 people found this helpful
Helpful
Report abuse

Amazon Customer
5.0 out of 5 stars Great book about real Ninja practices
Reviewed in the United States on July 11, 2015
Verified Purchase
Another great book by Anthony Cummins! If you are interested in learning about real Ninjas and their skills and spiritualism the first book to buy would be the "Book of Ninja" by the same author and then this book would be a great addition that gives more information about Ninja magick some of which is disturbing and would not be good to do today but the book is still fascinating.
Read more
4 people found this helpful
Helpful
Report abuse

DELLIELO LA GARGOLA DE LA DIA LUNA
5.0 out of 5 stars as authentic as ninjutsu ever was...
Reviewed in the United States on August 6, 2013
Verified Purchase
This is yet another richly informative work by Antony Cummins and his linguistics specialist, Yoshie Minami. Everthing from espionage to stealth to mysticism is thoroughly covered here. Furthermore, as with most works by this author that cover the topic of the ninja, the text is strictly a translation from Iga and Koga dialects of medieval Japan of scrolls that were written by actual ninja that have shaped Japanese history. Much work went into this project; and I am sure that you will not be disappointed.
Read more
10 people found this helpful
Helpful
Report abuse

Kyuu
5.0 out of 5 stars Great book
Reviewed in the United States on December 14, 2013
Verified Purchase
Just like the other books on ninja by Antony you can see the work that went into making sure the info was as accurate as possible to get. If you like ninja he's one of the best authors to check out.
Read more
2 people found this helpful
Helpful
Report abuse

John D.
4.0 out of 5 stars Ninja scrolls
Reviewed in the United States on September 26, 2013
Verified Purchase
The book is great on the subject.The strategies of espionage were excellent.Some of the info was curious like times to do things.A little superstious.Good reading on the subject
Read more
4 people found this helpful
Helpful
Report abuse

paul jobson
5.0 out of 5 stars Five Stars
Reviewed in the United Kingdom on December 15, 2017
Verified Purchase
for me it was a really good book
Read more
Report abuse